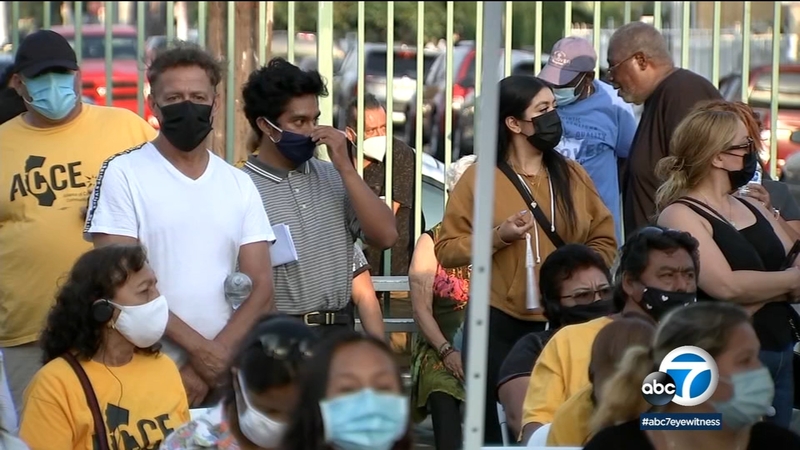 Local residents want accountability from the LAPD for the explosion on June 30 that damaged several homes and injured 17 people.

Residents expressed outrage and anguish at the community forum, and they want to know why the explosive devices were detonated by police in the neighborhood. They're also calling for mental health assistance for trauma associated with the event, and money for damages.

One woman who lives five blocks from where the explosion happened spoke at the forum, asking for whoever made the decision to detonate the explosives to be charged with a crime.

Residents of a South Los Angeles neighborhood rocked by a fireworks explosion are just starting the long recovery process.

"We want to pursue criminal charges to whoever was responsible for this decision," South L.A. resident Marta Sanchez said. "We want to bring more support for families that were impacted, not only at the economic level, but also mental health support."

Other residents think LAPD wouldn't have made the decision to detonate the explosives in a different neighborhood.

Community groups are seeking financial assistance from the LAPD for the damage to several homes and businesses around the blast.

"We should have reparations," said Adriana Cabrera of South L.A. "The LAPD should be held responsible for the work that they did in that area... Many people feel like it's basically a bomb that happened in the middle of a residential area."