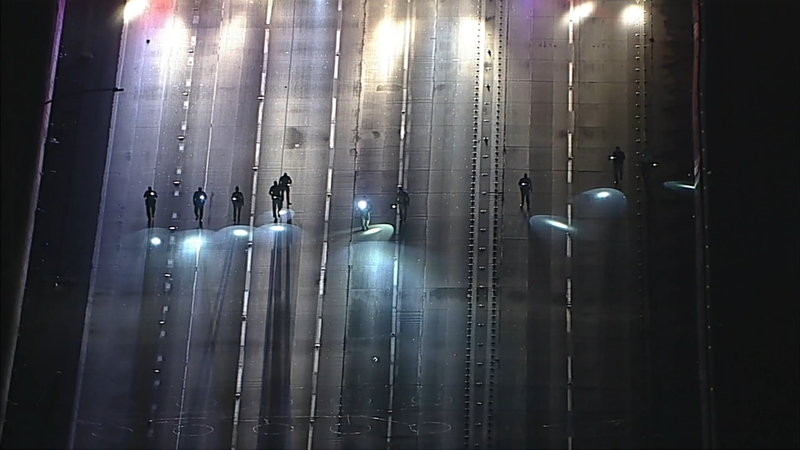 Possible shooting shuts down stretch of NB 110 in South LA

SOUTH LOS ANGELES (KABC) -- An investigation into a possible shooting shut down a stretch of the northbound 110 Freeway in South Los Angeles Thursday night.

A Sigalert was issued before 9 p.m. for the northbound 110, between the 105 Freeway and Manchester Avenue, after a report of shots fired, according to a California Highway Patrol incident log.

AIR7 HD was over the scene around 10 p.m. as several CHP officers searched lanes for evidence of a shooting.

It was unknown if anyone was struck by gunfire.

A major backup stretched for miles as traffic came to a standstill.

Authorities did not say when lanes could reopen.

The incident comes one day after a man was wounded in a shooting on the 5 Freeway in Sylmar.