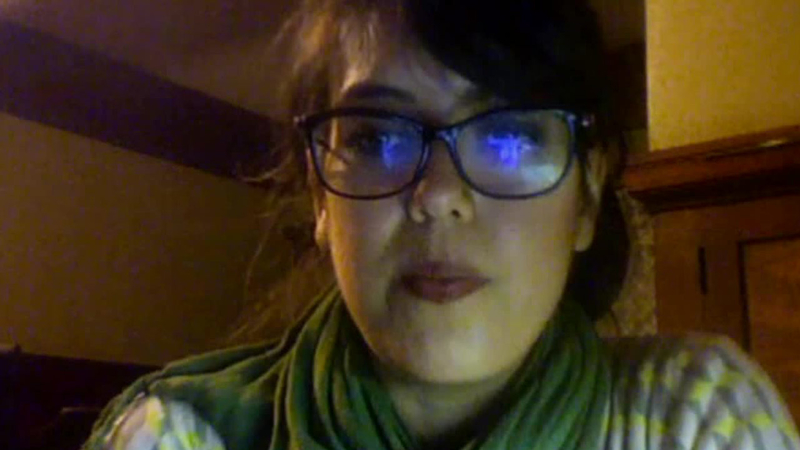 South Pasadena woman told to be quarantined after sister gets measles

SOUTH PASADENA, Calif. (KABC) -- A South Pasadena woman's younger sister came down with the measles. Now, federal health officials want her locked down under quarantine, but she is resisting.

"(They were) saying I need to get vaccinated and I need to be quarantined, otherwise I'm going to go to jail or something, or I'm going to get a misdemeanor," said Ylsa.

Ylsa says she refuses to be a prisoner in her own home despite the possible quarantine order. Ylsa's mother is also defending her daughter.

"It's not nice when my daughter is threatened like this because she's not even sick," said Myrna Tellez.

But health officials say the public does have reason to be concerned.

"Measles is one of the most highly communicable infections that we know of, so any susceptible individual who is within close proximity to somebody with measles will probably get infected," said Dr. Jill Hoffman with Children's Hospital Los Angeles.

Ylsa says she is taking immune-boosting supplements and plans on speaking with a doctor to decide whether or not she will get a measles vaccine.

"I'm just a little upset because if there are so many cases of people that got the shot who also developed measles, then why are they attacking me specifically?" said Ylsa. "I don't think it's necessary for me to be on house arrest."

The family received a form from the Los Angeles County Department of Health Services, and it's a request for legal intervention. It mentions a home quarantine, with no school or work until Jan. 29.

The L.A. County and Pasadena departments of health have not returned our calls for a comment.