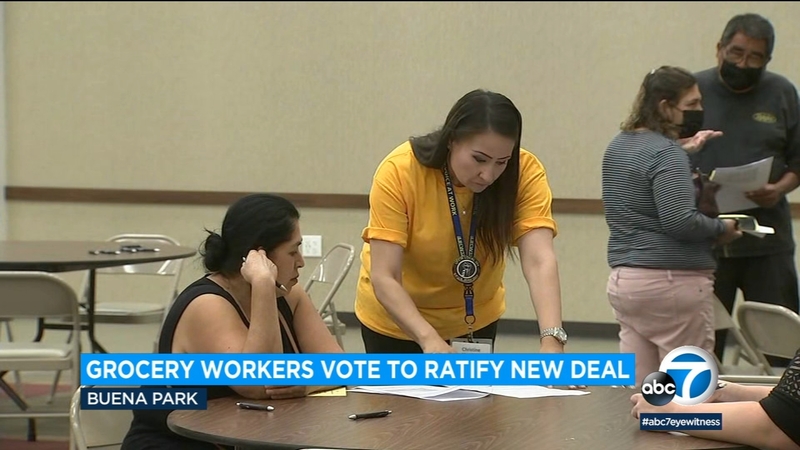 It will go into effect immediately for more than 13,000 employees in approximately 170 Stater Bros. locations across Central and Southern California. The contract is retroactive to March 7, 2022.

The six UFCW locals released the following statement on Saturday:

"By ratifying this contract, Stater Bros workers have secured life-changing raises, better healthcare, and protected pensions over the next three years. After more than two years of risking their lives to serve California's communities as essential workers, the members of UFCW stood together for their families and each other, and secured one of the most historic contracts in California labor history. ... The pandemic and its deadly impact on our communities may not be over, but the essential workers who keep Stater Bros.' stores running have proven it is possible to secure a fair deal when co-workers have each other's backs.''

Officials with Stater Bros. did not immediately respond to a request for comment.

Ratification for that agreement is expected to be completed this week.