On Southwest, non-alcoholic beverage service will also be expanded on February 16.
CNNWire
By Marnie Hunter, CNN 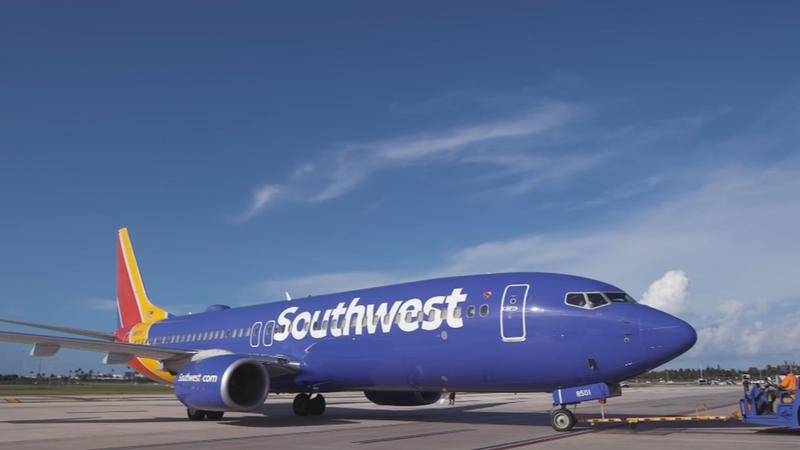 PHILADELPHIA -- Southwest Airlines is bringing back alcoholic beverages on flights after suspending their sale in March 2020.

Beer, wine and hard liquor will be offered again starting on February 16, the airline said in a news release.

American Airlines is the only one of the four largest US carriers that has not resumed alcohol sales.

On Southwest, non-alcoholic beverage service will also be expanded on February 16 to include options such as tonic water, Coke Zero and hot chocolate.

The beverage service is available on flights of 176 miles or more.

"Customers have expressed a desire for more beverage options, so we're delighted to restore additional on-board offerings as a part of the Southwest hospitality that our customers know and love," said Tony Roach, vice president of Southwest customer experience and customer relations, in the news release.

Lyn Montgomery of TWU Local 556 says that the union fought Southwest on the move, saying that it makes it hard to enforce the federal mask mandate on board flights as puts flight attendants risk.

"We have adamantly and unequivocally informed management that resuming sales of alcohol while the mask mandate is in place has the great potential to increase customer non-compliance and misconduct issues," Montgomery said in a statement.

Other airlines have resumed serving alcohol

American Airlines, the last big holdout on alcohol service, told CNN earlier this month that it hasn't set a date for the return of alcohol in its main cabins.

"We will continue to evaluate the situation and work closely with the union that represents our flight attendants, the Association of Professional Flight Attendants, and medical experts on this process to determine when we will return to full service in the main cabin," the airline said in a statement.

Incidents involving alcohol have been among the more serious cases of unruly passenger behavior during the pandemic.

In November, the Federal Aviation Administration proposed a total of $161,823 in fines against passengers involved in alcohol-related incidents.