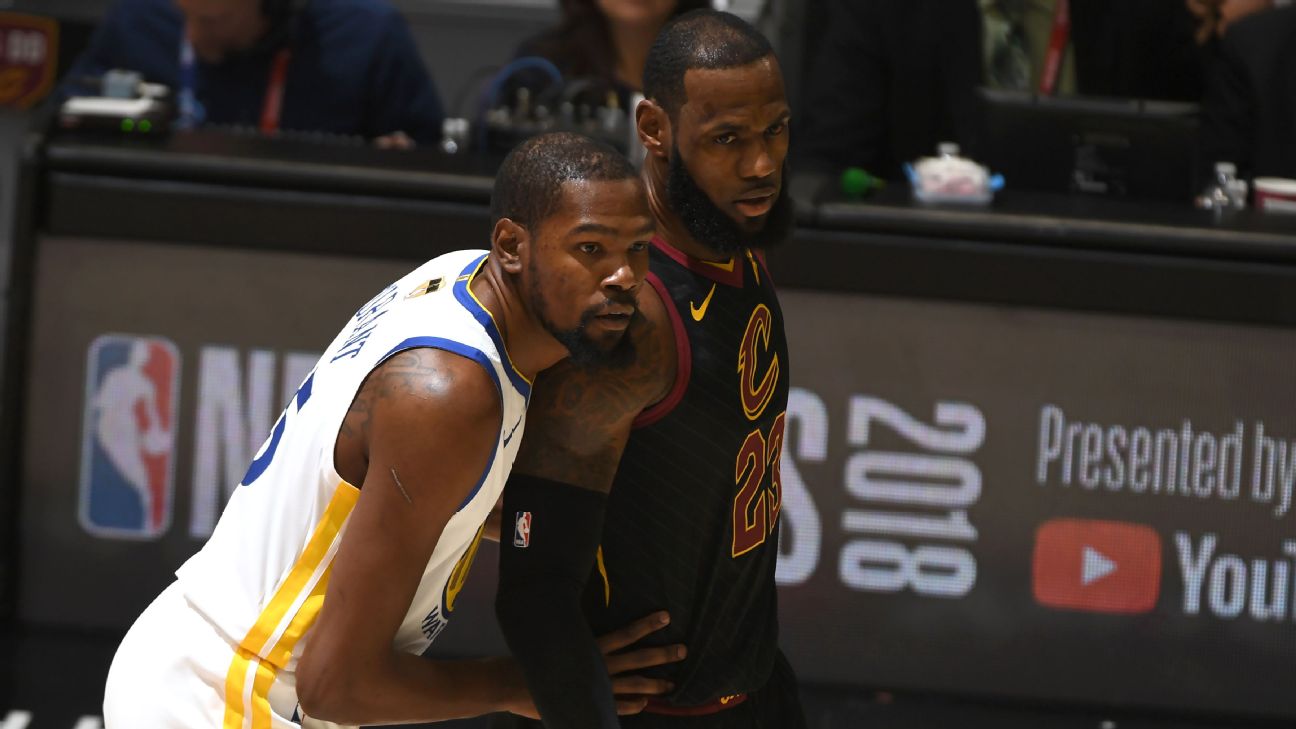 It ain't easy to keep secrets hidden on the internet, but the long-rumored, full-length rap track featuring LeBron James and Kevin Durant hadn't been available for public consumption until now.

The song, titled "It Ain't Easy," was recorded during the 2011 lockout, and while snippets had been leaked, it wasn't until the track's producer, Franky Wahoo, put it on his SoundCloud page last week that the full 3-minute, 45-second song was publicly available.

"LeBron James and Kevin Durant came up [to the studio] 'cause it was during the lockout," Franky Wahoo, whose real name is Franky Stewart, told Noisey. "Originally it was only going to be Kevin Durant that was going to record, 'cause he did music and stuff, but then LeBron James ended up showing up."

Wahoo said TMZ tried to purchase the song from him for $250,000 in 2017, shortly after ESPN's Chris Haynes first reported on the existence of the tune. Wahoo turned down the offer after communicating with James' agent, Rich Paul, about a potential deal for the song to be included in the NBA 2K video game series.

The song the producer recently released features a different beat from the one James and Durant rapped over. The old beat was provided by Durant at the time of the recording, and Wahoo did not know its origin or licensing information.

Wahoo said the 2K deal never happened and believes James' camp had motivation to keep the song under wraps for all these years.

"This is the first time LeBron's been human; he's not good at this," Wahoo told Noisey about James' rap skills. "That made him seem less of a superstar in the public eye. If you hear LeBron James rapping subpar, that would kind of take away from him a little bit to someone."

During Durant's verse, the two-time NBA champion references the scandal that arose when photos surfaced of his tattooed chest -- a quaint story, if even a story at all, by today's standards.

"Look, now I got a body full of tattoos, everybody's saying I'm changing, that is not true," Durant raps. "Same dude that you met a couple years ago, talk to the heart and you can see past visual."

James follows Durant on the track and addresses his father, a rarity for the Los Angeles Lakers forward.

"Single parent, just mom and dad gone, it's all good, Pops, you made a King strong," James raps.

In the years since their rap collaboration, James and Durant have faced off in the Finals against each other three times, with Durant's teams going 2-1 in those meetings.

The pair also filmed a commercial for Uber together with ESPN's Cari Champion this past winter.