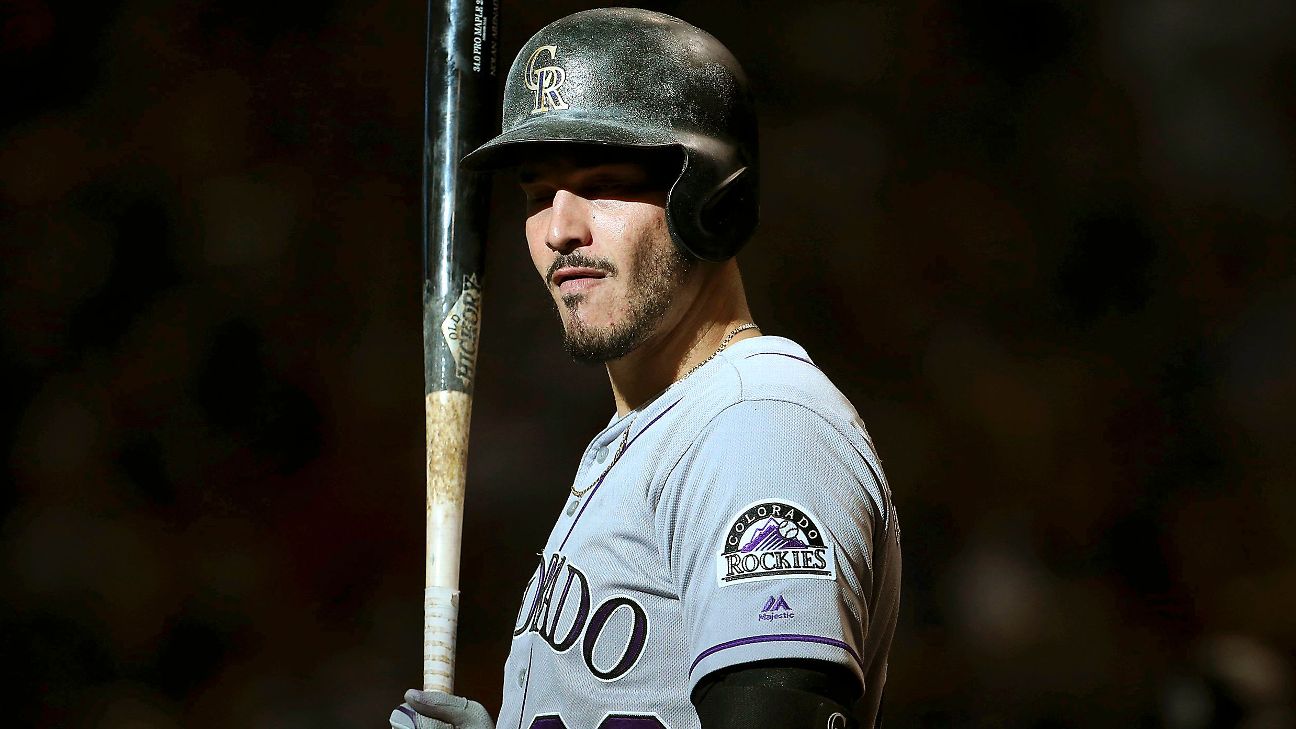 ESPN
Who will be the signature players of this season, whose indelible performances will define the year 2019 in baseball?

We asked a panel of 31 experts from ESPN's coverage team for Major League Baseball which stars will deliver seasons that aren't just memorable but also will earn historic recognition en route to being named baseball's Most Valuable Players, Cy Young Award winners and Rookies of the Year for both leagues.

What we got back might surprise you. Our voters didn't peg a single repeat performance for MVP or Cy Young. Despite the presence of obvious favorites in both leagues, the votes for Rookie of the Year were not unanimous. To help explain the disagreements, we asked our voters why so many of them made surprising selections.

With so much disagreement as to who should win the major awards and so many great players in the mix, we also ask you as fans: Who do you think will deliver award-winning seasons? Here are our predictions for MLB's major awards and our invitation to cast your vote.

To see who our experts think will win the World Series, check out our team predictions.

Jump to predictions for: Cy Young | Rookie of the Year

Since his monster, 52-homer rookie season, Aaron Judge has been viewed as one of the game's most dangerous hitters. But this year, he'll be the most dangerous. At full health this offseason, Judge finally spent a winter improving his game instead of rehabbing from injury. That allowed him to come up with a key mechanical tweak. Regularly employing his two-strike, no-stride approach, Judge simplified his swing, removing unnecessary moving parts. Five of his MLB-leading six spring training homers were products of this altered approach. Expect similar success when the games count, leading him to the MVP Award. -- Coley Harvey

Trout was my first instinct, but he has had trouble staying healthy the past couple years. Besides, picking Trout is boring. Picking Lindor, however, is sexy, and at this point in my life, I have to do everything in my power to even sniff sexy. Also, last year's MVP (Mookie Betts) finished sixth in the 2017 voting. Guess who finished sixth in 2018? (Hint: It rhymes with Schmancisco Schmindor.) -- Eddie Matz

He's only 21, but the only ones who can match Acuna's combination of speed, power and defensive ability might be Mookie Betts and Mike Trout -- and they play in the other league. Acuna got noticeably better at controlling counts as his rookie season prolonged last year, and he followed it with a great spring. A breakout is forthcoming. --Alden Gonzalez

This is admittedly a fun pick. Soto, after all, is just 20 years old with fewer than 500 big league appearances. But what a rookie season: .292/.406/.517. He was so good and so young that he clearly has the ability to become the best hitter in the majors, and it might happen in 2019. I could see a peak Joey Votto-like season -- .300 average, .430 OBP, .570 slugging, more than 100 walks, runs and RBIs. I have the Nationals winning the NL East, and that will help in the voting. --David Schoenfield

Just remember: Before the freak comebacker that broke his leg and sidelined him for six weeks, Bauer was putting up Cy Young-quality numbers. He weaponizes his already high-quality raw stuff with an unmatched capacity to deploy it properly. And after years of test runs to get to the right version of himself, he has found it. Now all he needs are little tweaks here and there to take something great and make it even better. -- Passan

He has the best pure stuff of any pitcher in baseball, and after a winter of intense workouts, Syndergaard appears poised to put together all of his talents. He might benefit from an inherent competition developed with Jacob deGrom, in the same way that Curt Schilling and Randy Johnson were once helped and pushed by the presence of the other on the Diamondbacks' staff. -- Buster Olney

Why did you pick Eloy Jimenez over Vlad Jr.?

I have no doubt that Toronto's Vladimir Guerrero Jr. will have an awesome rookie season, but I doubt it starts prior to May 1, and pick your reason/excuse. Chicago's Eloy Jimenez, however, with his fancy, new, long-term contract, should get to hit in the big leagues all through April, and he should hit right away, just like Vlad. In fact, I argue he might be just as awesome, with big power and batting average. Really, the gap between these hitters is not great, but if you think about it, the expected plate appearances might be. --Eric Karabell