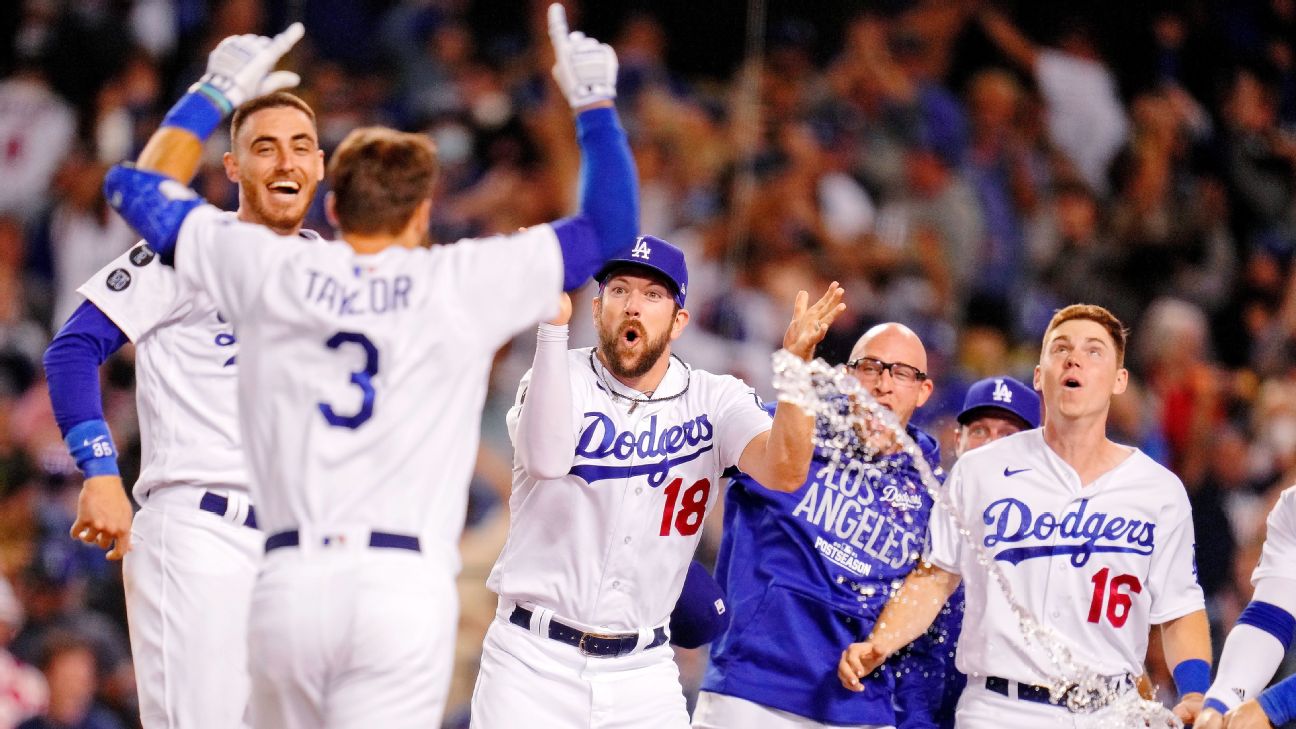 Wednesday's National League Wild Card Game between the St. Louis Cardinals and Los Angeles Dodgersproved to be no exception. Outfielder Chris Taylor hit a walk-off home run to drive in Cody Bellinger and advance the Dodgers to the NLDS to face the San Francisco Giants, who won this year's NL West race by one game.


Taylor became the fifth player in MLB postseason history to hit a walk-off homer in a winner-take-all game.

Prior to Wednesday?Edwin Encarnación last achieved the feat to cap the 2016 AL Wild Card.

The Dodgers entered the wild card game with a few notable feats to consider.

For starters, they are making their ninth straight postseason appearance, the third-longest postseason streak of all time, after winning 106 regular-season games. No team in MLB history has ever won more games and not finished in first place in its division or league. Their 106 wins also are tied for the second most all time by a reigning champion, trailing only the 1931 PhiladelphiaAthletics.

On the other hand, the Cardinals' winding road to the postseason looked much different. On Aug. 6, their playoff odds reached a low of 1.3%, according to FanGraphs. In September, those odds jumped to just 5%, following their 17-game winning streak. St. Louis' 21-6 record in September powered their playoff run after sitting just four games over .500 from April to August.

The unique stretch runs by both teams paved the way for an exciting finish as the Dodgers continue their title defense.

This wild-card matchup marked the first time in postseason history in which each starting pitcher's team has won in his last eight-plus starts.

The Cardinals entered it having won 13 of Adam Wainwright's past 14 starts, including eight consecutive such victories. The Dodgers are now undefeated in St. Louis native Max Scherzer's 12 starts since being traded away from theWashington Nationalsin July.


That said, Scherzer lasted only 4 1/3 innings against St. Louis Wednesday, signaling his second shortest stint with his new team. Let's examine a few of the most notable moments from the wild-card action.

On Wednesday evening, NationalsAll-Star Juan Soto made a surprise appearance at Dodger Stadium to support his former teammates, Trea Turner and Scherzer.

The trio won the 2019 World Series together when the Nationals topped the Houston Astros4-3. Soto and his hitting coach, Kevin Long, appropriately wore Turner and Scherzer Nationals jerseys.

Soto also had to remind the home crowd that he was on its side.

Local legends Magic Johnson and Eric Dickerson, who enjoyed Hall of Fame careers with the Los Angeles Lakers and Los Angeles Rams, also were present for the showdown.

Unfortunately for Dodgers fans (including Soto), the Cardinals managed to get on the board first, and Wainwright's reflexes were on full display.

The Dodger's first score of the night was courtesy ofJustin Turner, extending his own postseason franchise record to 13 home runs. Turner launched a curveball from Wainwright to the back of L.A.'s bullpen and evened the score at 1-1 in the fourth inning.

Prior to Taylor's walk-off hit, Bellinger stole second as catcher Yadier Molina struggled to grip the ball in time. The Dodgers' victory gave the team its 16th straight at home, extending the longest such streak in franchise history.

It's the longest home winning streak by any MLB team since the 2004 Houston Astros won 19 straight (including playoffs).

Looking ahead to the Giants, the 2,535 games played between these rivals are the most in MLB history between opponents before squaring off in the postseason. 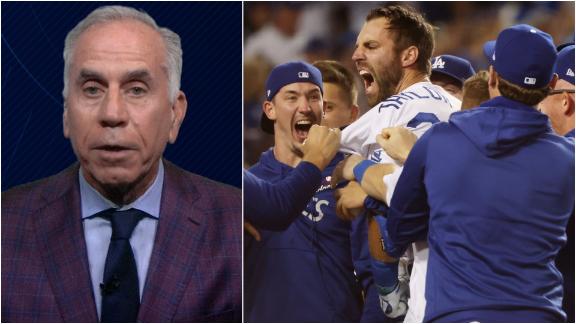