ESPN
By Darren Rovell
The Philadelphia 76ers have become the first team in the four major U.S. sports to sell an ad on a jersey.

The 76ers announced Monday morning that ticket company StubHub will have its logo on the team's jerseys beginning in the 2017-18 season, when the NBA's three-year pilot program will start.

Sources with knowledge of the deal say the team has sold all three seasons at $5 million a year, with the option to extend the contract with StubHub should the league continue to allow the 2-by-2-inch logo patch to be on the jerseys in the future.

"We are about being first, being different, being innovative and getting to market at quickly as we can," 76ers CEO Scott O'Neil said. "We're thrilled that the NBA has decided to be an innovator among the major sports leagues in this country, we're happy that we will be the beneficiaries, and we know that being first here will drive value for our partner."

Teams are allowed to sell to any company so long as it doesn't deal in gambling, alcohol or politics. The NBA has given protected status -- meaning the companies' competitors can't show up on a team jersey -- to a number of its national partners: the media partners (ESPN, ABC, Turner), the apparel partner (Nike starting in 2017-18) and on-court partners Tissot (the official timekeeper) and Spalding (the official ball). No other league partners, including Ticketmaster, a StubHub competitor, are protected.

"This is strategic beachhead property for us," StubHub CEO Scott Cutler said. "We, as a company, have been very transaction-oriented. We want to be more a part of the emotional experience fans have with their teams, and we think a deal like this gets us closer."

NBA teams will keep half of the money generated by selling sponsorships on jerseys, and that half will be further split in two, with one portion going to the individual team that does the deal and the other going to a revenue-sharing pool. The half that does not go to the teams will be split with the players and will contribute to a rising salary cap.

Jerseys sold to fans nationwide will not have the corporate sponsor logo on them, but O'Neil said the Sixers will sell jerseys with a StubHub logo at their team locations.

"We have a very strong opinion that little Scottie, [a hypothetical consumer] who is 9 years old, will want to wear what the players are wearing on the court," O'Neil said.

StubHub, which is owned by eBay, has traditionally been a ticket resale site, but it has forged a partnership with the Sixers that will make the site the official primary and resale partner of the team.

The 76ers, who have won less than 20 games in each of the past three seasons, have the best odds of getting the No. 1 pick in Tuesday's draft lottery. The team already holds rights to the 24th and 26th picks. Despite the team's lack of success on the court, O'Neil said the 76ers rank third in the league in new ticket sales. 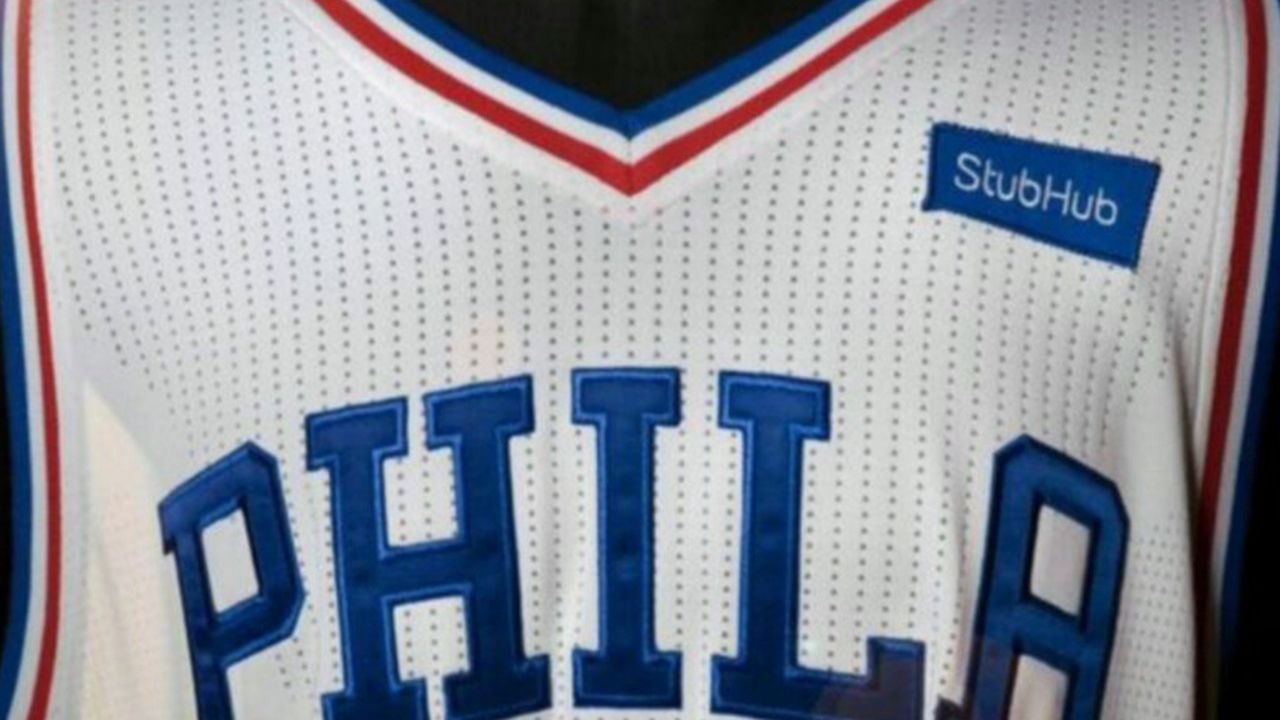