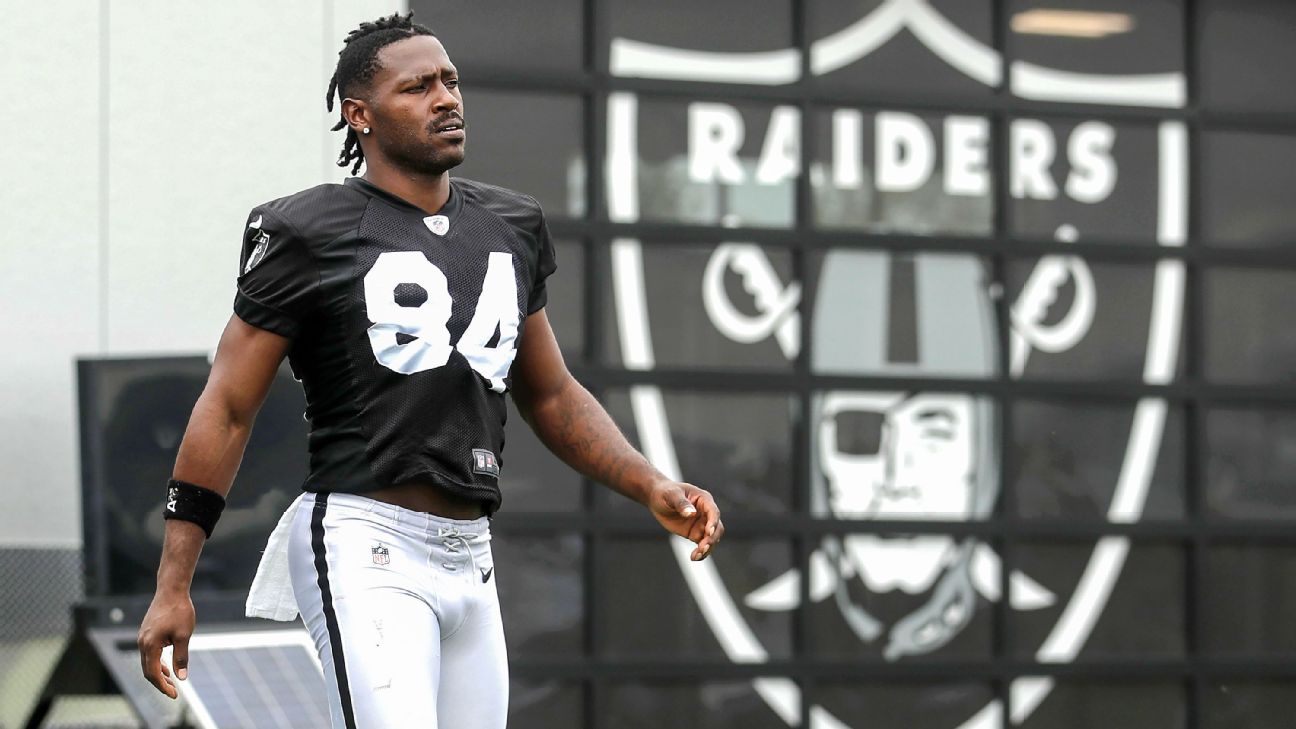 Hours after the Oakland Raiders said Antonio Brown would play in Monday's season opener, the star receiver posted a video on YouTube that showed a phone call he had with coach Jon Gruden amid Brown's uncertain status with the team earlier this week.

In the video, which was posted Friday night and lasted 1 minute, 57 seconds, Brown is heard taking a call from Gruden, who asks the receiver: "What the hell is going on, man?"

Brown answered: "Just a villain all over the news, man."

Gruden then called Brown "the most misunderstood" person he has met, before asking him: "Do you want to be a Raider or not?"

Brown answered: "Man, I've been trying to be a Raider since day one. I've been f---ing working my ass off harder than anyone. I don't know why it's a question of me being a Raider. It's like do you guys want me to be a Raider?"

Gruden then asked the receiver to stop the off-the-field stuff and "just play football."

"How hard is that?" Gruden could be heard saying. "You're a great football player. Just play football."

Brown then told his coach it's not that simple.

It wasn't immediately clear when the call between Brown and Gruden took place. A Raiders source told ESPN's Chris Mortensen that Gruden was truly amused by the video and even thought it was "awesome."

California is a "two-party consent" state in regard to wiretapping laws, making it a crime to record or eavesdrop on any confidential communication, including a private conversation or telephone call, without the consent of all parties to the conversation.

The video marked the latest chapter in the ongoing saga involving Brown and the Raiders. Its posting came hours after Brown apologized publicly to his teammates and the Raiders organization after a confrontation he had Wednesday with general manager Mike Mayock that put his future with Oakland in doubt.

The confrontation, which a source told ESPN stemmed from Brown being unhappy he was fined for missing some of training camp and a walk-through, included the receiver calling Mayock a "cracker" and unleashing a barrage of "cuss words" at him, sources told ESPN. Brown later denied to ESPN's Dianna Russini that he used the word "cracker."

The exchange with Mayock put Brown's status with the Raiders in flux, with sources telling ESPN on Thursday that Oakland planned to suspend the receiver. Asked Thursday about the Brown situation, Gruden said he was "emotional about it."

"I think a lot of this guy," the coach said. "I think Antonio is a great receiver, and deep down I think he's a really good guy. So I'm frustrated, I'm not going to say anything more about it, hope it all works out. But I don't have anything official to say about anything else until I get all the facts, and that's what I'm going to do."

On Friday, Gruden said Brown had returned to practice and was set to play in Monday's opener against the visiting Denver Broncos.

"Antonio is back today," Gruden said. "We're really excited about that. Ready to move on. He's had a lot of, obviously, time to think about things. We're happy to have him back, and I know Raider Nation is excited about that, too."

Brown was fined an unspecified amount for the confrontation with Mayock, ESPN's Ed Werder reported Friday night, and Brown is "not happy" about it, a team source told Werder.

Mayock did not speak to reporters Friday. 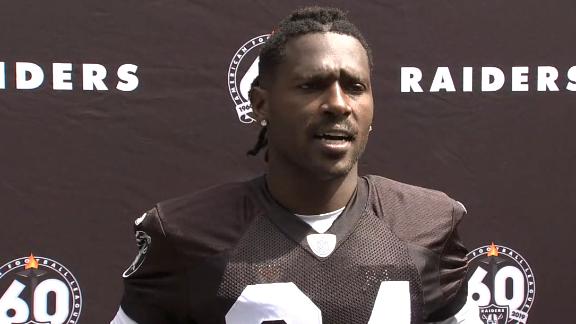