Admitting Joey Bosa's comments got 'under my skin,' Derek Carr vows he'll be motivated by critics 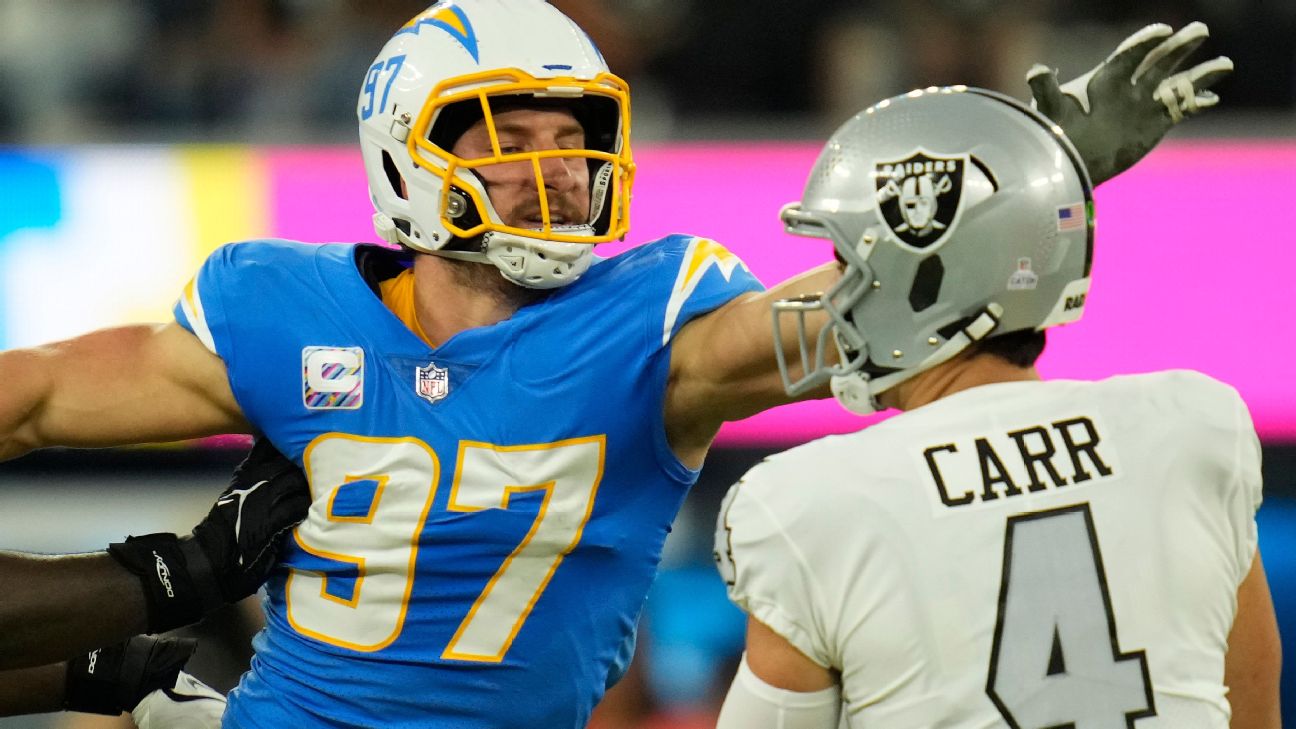 "I just thought it was unfortunate that he'd even think to say it," Carr said. "Maybe he was just trying to get under my skin. Which, he did piss me off. So, good job for that. But that's not a bad thing, either."


It was after the Chargers' 28-14 win Monday when Bosa was asked about pressuring Carr, who was hit seven times and sacked four times.

"We knew once we hit him a few times, he really gets shook," Bosa said at the time. "And you saw on [Christian Covington's fourth-quarter] sack he was pretty much curling into a ball before we even got back there.

"So, great dude, great player. He's been having a great year, but we knew once we get pressure on him, he kind of shuts down and he's not as effective with a crowded pocket, so that was the key to it."

The Raiders were limited to 51 yards of offense in the first half and trailed 21-0 at halftime. But Carr got going in the third quarter and was driving Las Vegas for a potential game-tying TD when Covington sacked him for a 6-yard loss on third-and-3 with about 11 minutes left in regulation.

Carr, who entered the game leading the NFL in passing yards, finished with a season-low 196 yards through the air and two TDs with an interception. He found support in his own locker room and from his coach and offensive coordinator in Jon Gruden and Greg Olson.


"We love our quarterback," Gruden said Tuesday. "And we think he's having a hell of a year and going to continue to do so."

"And he knows that," Carr said. "We've gone back and forth. He was probably mad because I was talking a lot of crap to him during the game. It was an emotional day for them. Saw a lot of things about their whole team after. Good thing it's a new week. He's entitled to that opinion and saying those things. But it's almost like he watched the game in reverse.

"The game that I watched, we came out and fought a little bit after they got after us a little bit up front. Fine. The opinions I care about are what Gru and Oly told me when I came in the building yesterday and today, and it will always be that way. Especially with my teammates. But we'll see them again. He's entitled to say that. Great player, great dude. I just don't think he watched the game in the same order I did."

The Raiders will play host to the Chargers in both teams' regular-season finale at Allegiant Stadium on Jan. 9. 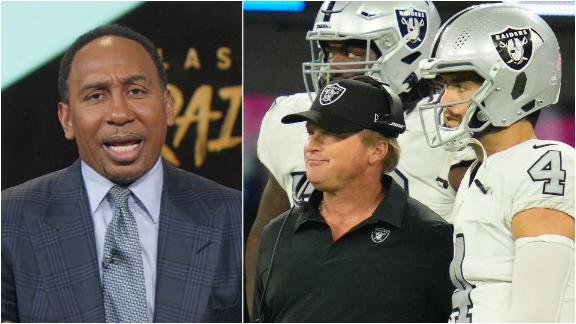