After bad Game 1, Yasmani Grandal out of starting lineup for Game 2 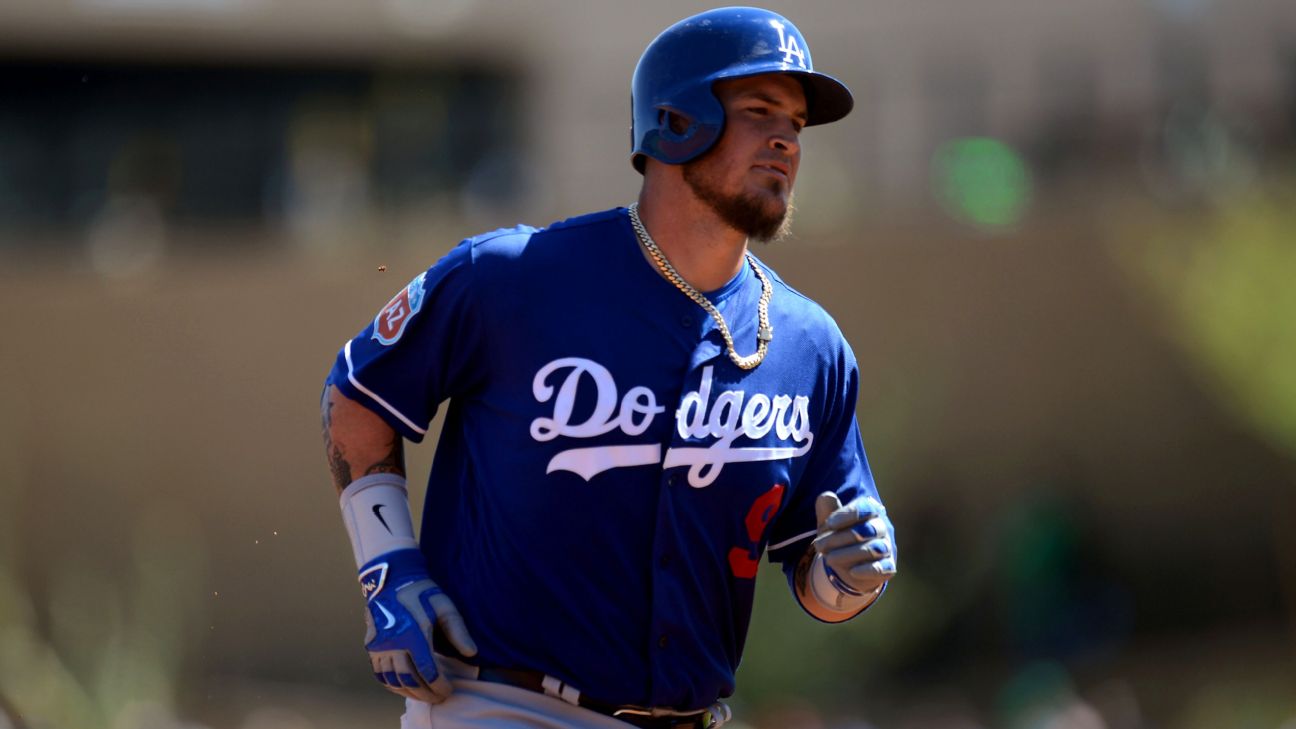 MILWAUKEE -- Yasmani Grandal, coming off a historically bad night behind the plate, wasn't in the Los Angeles Dodgers' starting lineup for Game 2 of the National League Championship Series, paving the way for Austin Barnes to catch Hyun-Jin Ryu on Saturday.

Grandal is 2-for-17 with seven strikeouts in the postseason thus far. On Friday, in a 6-5 loss to the Milwaukee Brewers from Miller Park, he committed two errors and two passed balls within the first three innings.

Dodgers manager Dave Roberts said he liked the matchup of Barnes batting against Brewers lefty Wade Miley (although he only has four career at-bats against him) and catching Ryu (who has given up only one run in 23 2/3 innings with Barnes behind the plate this season). Grandal is expected to return to the starting lineup for Game 3.

"Yazzie had a tough one last night," Roberts said, "but it's not the reason why he's not in there today."

The Dodgers made another lineup change in their outfield, starting the right-handed-hitting Yasiel Puig even though he fares far better against righties than lefties. They also sat the slumping Cody Bellinger, giving them two prominent left-handed hitters -- along with Max Muncy -- to utilize off the bench.

Roberts turned to Puig because of his defense in right field and the way he matches up against Miley, a southpaw who doesn't throw with very much velocity.

"And I think Yasiel is also going to bring some energy today," Roberts added.

Part of the decision to start Puig was motivated by the thought of sitting Bellinger, the reigning NL Rookie of the Year who is hitless in 15 at-bats this postseason.

"He's going to be in the game," said Roberts, who would be more willing to turn to his left-handed hitters early because Brewers reliever Josh Hader is unavailable. "There is some frustration. He wants to see results, and all players do. But I encouraged him, even today, [about] where he's at mechanically. I encouraged him mentally, to stay there in a positive way, because he's going to get some big hits for us."