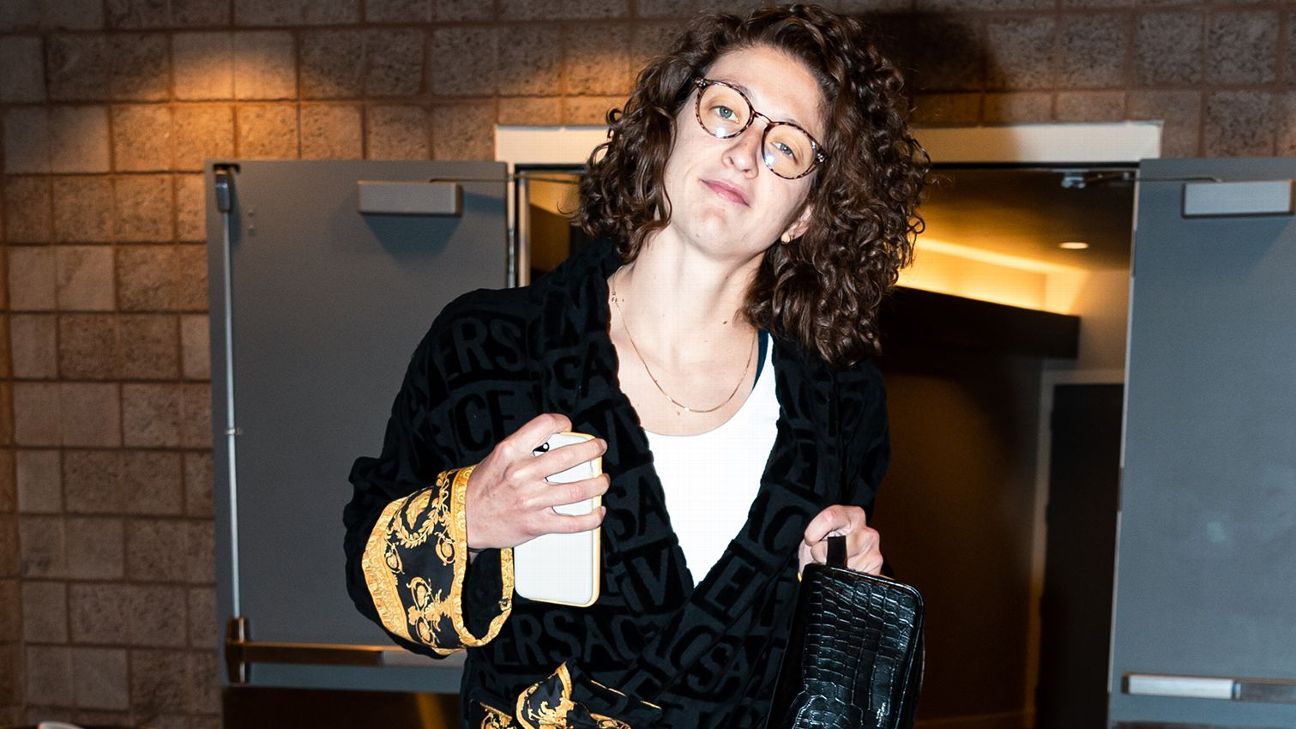 The WNBA season is only a couple of weeks old, but it has provided exceptional basketball. Much like their play on the court, the fashion choices by players off it have turned some heads.

This week's fashion statements across the association featured a variety of looks. One star showed love to a fellow hooper by rocking his jersey, and color coordination was at its best from a couple of players throughout the week. We even saw a fun twist on a classic basketball video game that deserves some props.


Here's a look at some of the exceptional wardrobe selections from WNBA players:

The vibes were extra cozy for Plaisance ahead of her team's matchup with the Phoenix Mercury Saturday. She wore a Versace robe along with casual slippers.

The Aces are honoring their former coach and NBA great Bill Laimbeer on Friday night, and Wilson rocked his old Pistons jersey.

In support of Griner, who remainsdetained in Russia, the Lynx wore T-shirts in honor of her on their way to their game tonight.

Bird and her media company TOGETHXR collaborated on a sweet letterman jacket. The piece features the brand's logo on the front chest, with the initials and jersey number of the four-time WNBA champion stitched on the wrists. The letterman was the brainchild of fashion designer and former USC baseball player John Thomas.

"My two greatest passions are designing clothes [I sew all the garments myself] and supporting women's sports. So to be able to tie the two together, it's right where I want to be," Thomas told ESPN.

Achonwa donned a custom letterman jacket that featured her initials and jersey No. 11 on the front. The color red and the maple leaf on the left sleeve symbolize her Canadian roots, and her alma mater's logo (Notre Dame) is stitched on the right sleeve. Thomas designed this jacket as well, and hopes to continue making pieces for WNBA players.

"Women's sports isn't a stepping stone for me, I'm here to stay. It's really fulfilling, being able to build relationships with the players and then create a garment that they are excited about," Thomas said.


Rocking Gucci from head to toe? That's what Cambage decided on before she took the floor for the Sparks on Tuesday.

Onyenwere showed her coordination skills ahead of her contest against the Connecticut Sun, rocking a blue outfit with an accent of orange via her handbag and shades.

Second-year star Ionescu came into Tuesday's matchup wearing the jersey of Golden State Warriors star Stephen Curry. The NBA's career 3-point king became anIonescu fan when she played for the Oregon Ducks. Since then, she and Curry have become closer and stay connected through the Bay Area and its youth basketball scene.

"I love having a relationship with [Curry], just being able to remember when I was little, watching him and kind of emulating my game after him, to now being able to call him or text him any time that I need help with something," Ionescu told ESPN.

Whitcomb's shirt depicted a WNBA version of the player selection screen from the classic arcade game NBA Jam. Pictured on the piece were teammates Ionescu and Betnijah Laney.

Ahead of the Wings' matchup with the Washington MysticsonTuesday, Ogunbowale's shirt had Grammy Award-winning artist Janet Jackson pictured on it. Her fit also included some jewelry and a Von Dutch hat. 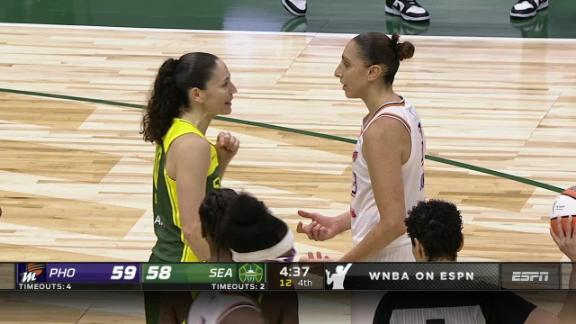