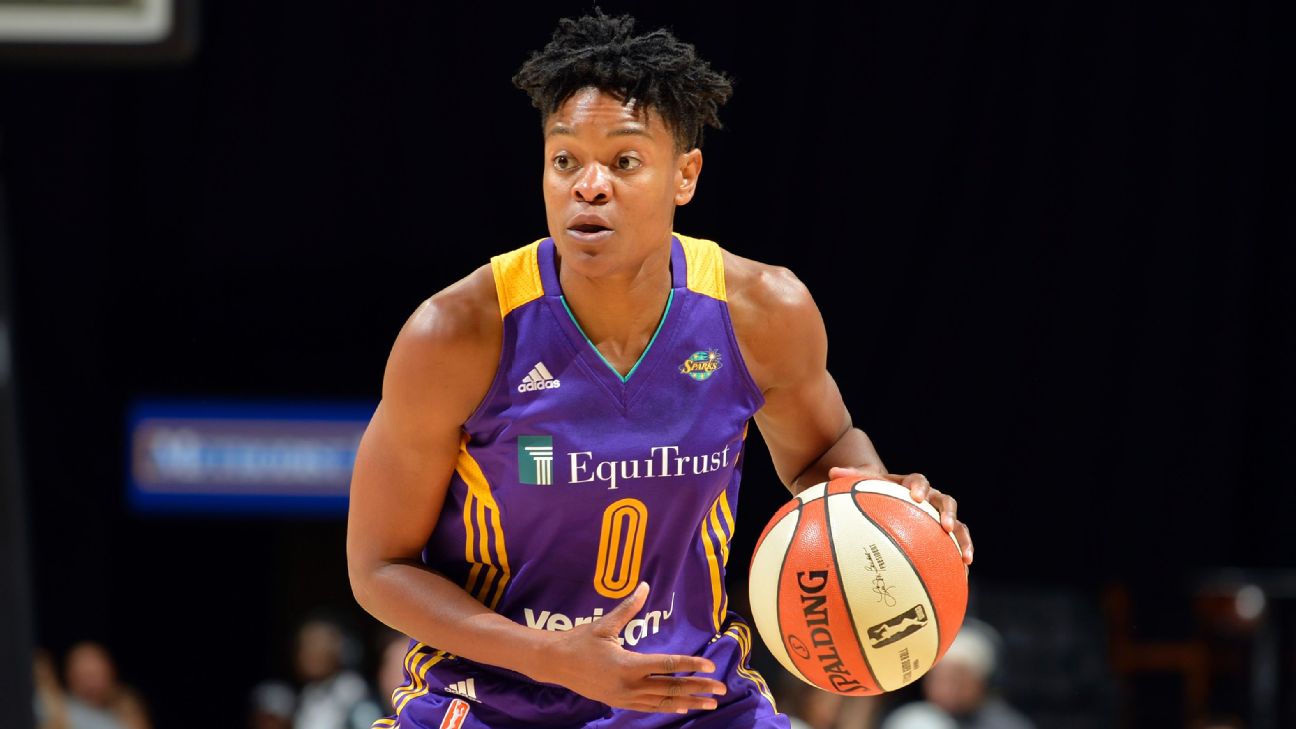 Alana Beard, a two-time winner of the WNBA's defensive player of the year award and a four-time All-Star, announced her retirement Wednesday.

Beard, 37, was the second overall pick by the Washington Mystics in the 2004 draft after the three-time ACC player of the year became Duke's first national player of the year. Beard, who won a championship with the Los Angeles Sparks in 2016, was a five-time selection to the WNBA's all-defensive first team and was named to the second team on four occasions.

Beard missed 15 games with the Sparks in 2018 due to a hamstring injury and averaged 3.3 points, 1.5 rebounds and 1.4 assists in 14.7 minutes per game, the lowest average of her career in terms of playing time.

A native of Shreveport, Louisiana, Beard announced her retirement on "The Tim Fletcher Show" on hometown radio station KWKH-AM 1130.

Beard, who has served as a color analyst and a studio analyst on the ACC Network, also owns a restaurant in Roanoke, Virginia, but is eyeing a career in Silicon Valley as part of a bank's venture capital team.

"I've been very fortunate to make the connections and when people see that you're passionate and motivated about something and willing to learn, they're willing to help," said Beard, who added that her goal is to eventually run her own fund gearing toward helping female entrepreneurs.

Beard said that if a career in Silicon Valley doesn't pan out, she'd consider coaching -- but only at her alma mater.

"I loved [Duke] that much," she said, "and I feel like I owe them."
Report a correction or typo
Related topics:
sportsespnnewswnbaalana beardlos angeles sparksduke blue devilsespnw sportsespnw
Copyright © 2021 ESPN Internet Ventures. All rights reserved.
More Videos
From CNN Newsource affiliates
TOP STORIES