Allen Iverson: Would have had 'big problem' if coach mandated rest

ESPN
Hall of Famer Allen Iverson says the practice of resting healthy star players during the regular season reflects a new age in the NBA and "would have been a big problem" between him and his coach when he played.

"It's different to me," said Iverson, speaking to ESPN before the broadcast of Friday night's Los Angeles Lakers-Philadelphia 76ers game. "I never thought anything like that would happen. A guy like myself would compete night in and night out -- tired, hurt -- you know what I mean? It doesn't matter. But to each his own. If it helps those guys and helps their team, then so be it."

The topic became a flashpoint earlier this week when LeBron James, Kyrie Irving and Kevin Love stayed behind in Cleveland as theCavalierstraveled to Memphis for the second night of a home-and-road, back-to-back series against the Grizzlies.

It's a strategy San Antonio Spurs coach Gregg Popovich also has employed in recent seasons and something that Houston Rockets coach Mike D'Antoni earlier this week called on the NBA to examine, saying it wasn't fair for fans who had spent time and money in an effort to see the rested stars play.

Iverson was a headliner in the Naismith Memorial Basketball Hall of Fame's 10-member Class of 2016 that was inducted in September. He was presented with his Hall of Fame jacket by fellow Sixers legend Julius Erving at halftime of Friday's game, a 100-89 loss for Philadelphia.

He addressed the fans during the Wells Fargo Center ceremony and made another reference about his approach to "resting" games.

"I would never, ever, ever sit out a game if something wasn't broke ... I knew you'd want to see me," Iverson said.

Iverson also earlier discussed the role of fashion in today's NBA during the ESPN interview. Iverson's casual dress habits were widely regarded as the impetus for a once-enforced dress code that mandated players to wear suits in public.

"Listen, man. I cannot believe they changed the dress code for me -- and the stuff I see these guys walk into the arena wearing," Iverson said. "Oh my god. You know what I mean? I just can't believe it. Now that I know they were picking on me. They had to be. 'Cause this is bad. It's bad, man. It's bad." 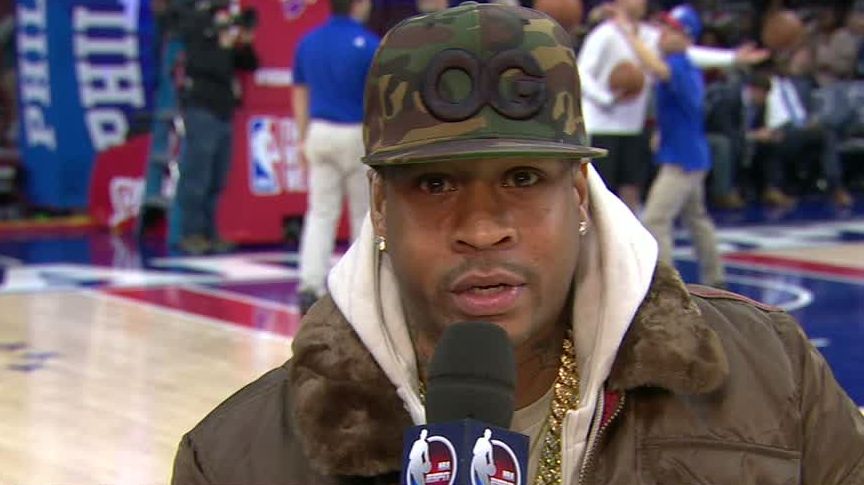 Iverson would have 'big problem' if coach wanted to rest him
Allen Iverson says the game has changed from when he played with stars resting, and that there would have been a "big problem" if a coach ever told him to sit out. 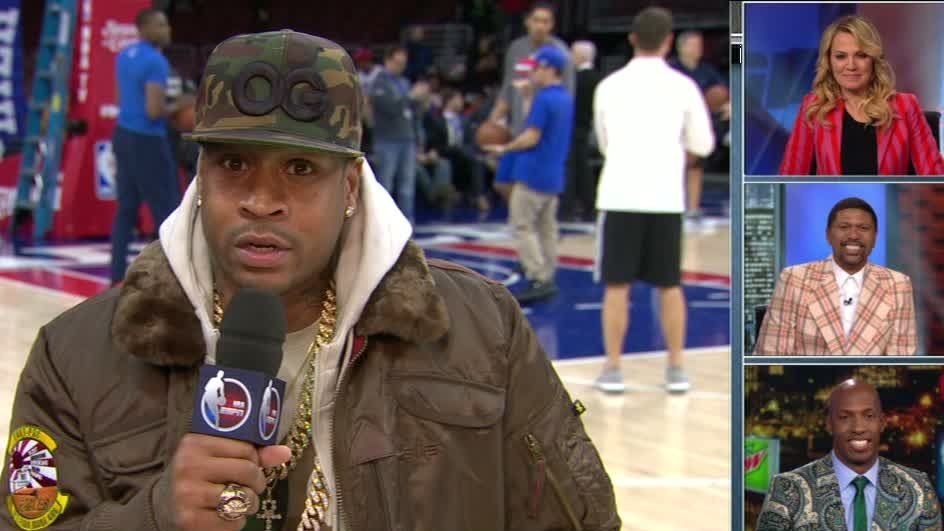