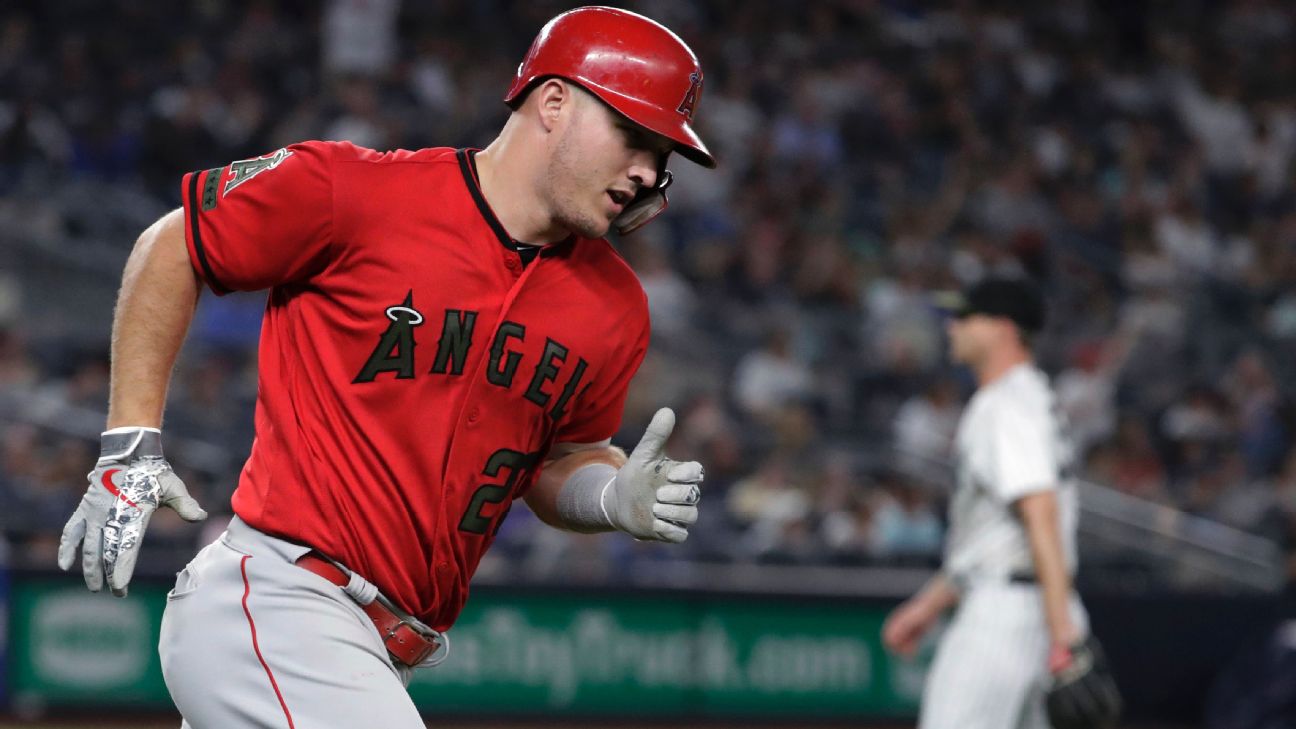 Los Angeles Angels outfielder Mike Trout is dealing with an bruised right wrist and did not play in the a 4-2 loss to the Tampa Bay Rays on Thursday.

Manager Mike Scioscia said Trout, who is listed as day-to-day, "jammed" the wrist while sliding during an attempted steal of third base in the Angels' 7-2 loss to the Rays on Wednesday night.

Trout said X-rays on Wednesday were negative and that he would have an MRI on Thursday.

"When I slid into third base, I caught my hand," Trout said Thursday. "Kind of weird. Felt like I just jammed it pretty bad. We taped it and tried to do as much as we could during the game yesterday. But when I woke up it was pretty sore.

"I was definitely thinking about it [Wednesday night]. I didn't really feel it at the plate, but on deck warming up I could feel it with the weight of the bat."

Trout was the Angels' designated hitter Wednesday in place of the slumpingShohei Ohtani. The Japanese star was hitless after a pinch-hit appearance Thursday and only has three hits in his last 26 at-bats.