Angels reach deal to remain in Anaheim through at least 2050 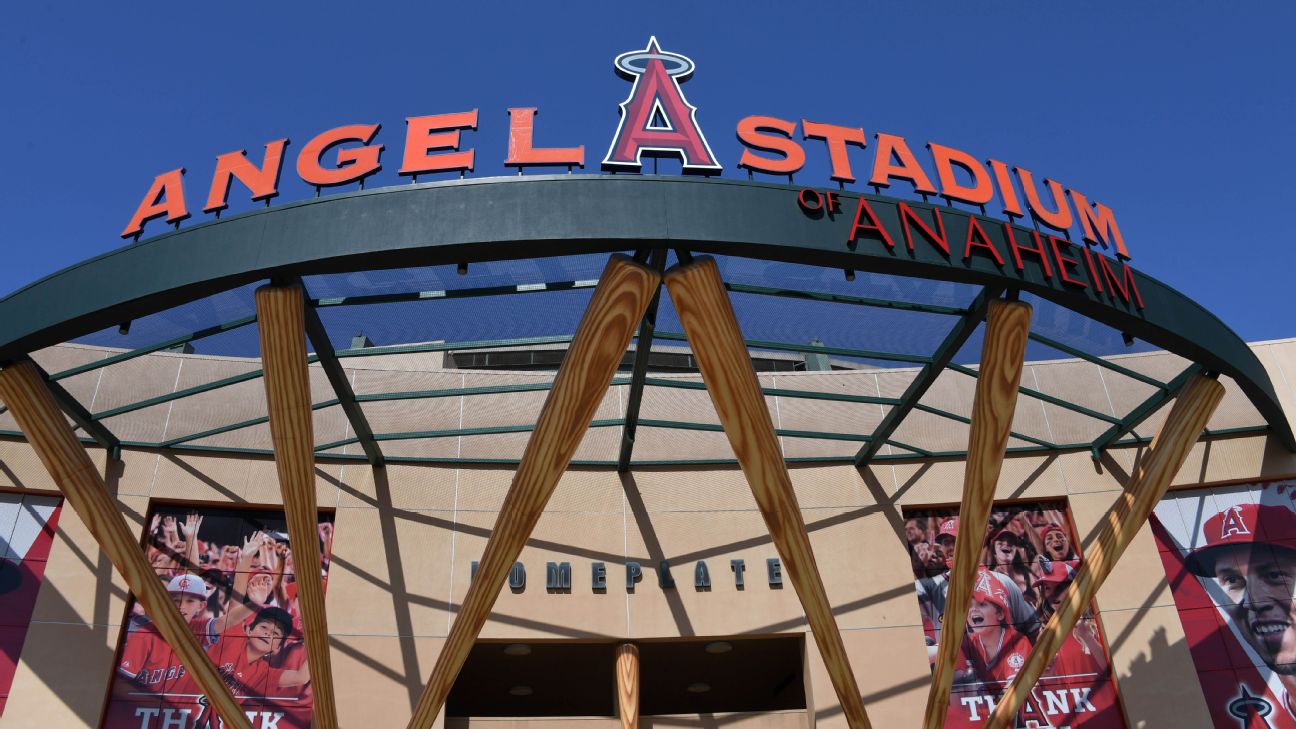 The Los Angeles Angels and the City of Anaheim have come together on a new deal that will give the organization full control of its stadium and keep baseball in the area for at least another 30 years.

The City of Anaheim agreed on Tuesday to sell Angel Stadium and the 133 acres of surrounding land for $325 million to SRB Management LLC, of which Angels owner Arte Moreno is a partner. In exchange, the Angels have agreed to stay in Anaheim through at least 2050.

The Angels, who would own their stadium for the first time in their history, have yet to decide whether they will renovate their current facility or build an entirely new one. The next step is a City Council vote on the purchase that will take place in a special meeting on Dec. 20.

The Orange County Register first reported the agreement on Wednesday morning. In a statement released by the team, Moreno thanked Mayor Harry Sidhu and said: "Today is the first step in enabling us to invest in our future by building a winning team and delivering a high-quality fan experience."

The Angels had until the end of the year to either exercise an opt-out clause, play out their existing lease, which ran through 2029, or negotiate a way to play out of a new or renovated stadium in Anaheim. The latter took place, a circumstance Sidhu and Moreno both considered the most ideal.

"After years of uncertainty, we have a path forward for baseball in Anaheim," Sidhu said in a statement. "For every fan who told us to keep the Angels, this proposal would do exactly that."

The new agreement includes three additional opt-outs in five-year increments, extending as far as 2065. Included within a 153-acre purchase -- priced at about $2.1 million an acre -- are the stadium, 12,500 parking spaces and the City National Grove of Anaheim, a 1,700-seat live-music venue.

Under the new deal, the Angels would fully fund all development with the stadium and surrounding land but also profit off all the revenue. The Angels have also agreed to incorporate affordable housing, parks and open spaces, details of which will be ironed out in the upcoming spring.

The land will be part of the city's larger plans for the Platinum Triangle, an 820-acre district that includes the neighboring Honda Center and calls for the development of restaurants, shops, entertainment and urban-style homes, similar to what has been built around Petco Park in San Diego.

"Anaheim is proud to own Orange County's only professional baseball stadium," Sidhu said in a statement. "But things have changed. The trend is private ownership."

The agreement is not contingent on the team changing its name back to the "Anaheim Angels," though the city did broach the topic during negotiations.

Development of the surrounding land, which will be done in concert with the city, is estimated to begin in 2025. An appraiser recently valued the 153 acres at up to $325 million with the stadium and up to $475 million without the stadium, but the city contends that it will see a significant increase in property and sales tax revenue from the development of hotels, shops and restaurants around a stadium that has sold at least 3 million tickets for 17 consecutive seasons.

The Angels have retained the services of HKS Architects, which designed the Minnesota Vikings' new NFL stadium and has advised the Los Angeles Dodgers on their renovations. Under the agreement, the Angels must maintain 12,500 parking spaces, which would eventually require the construction of a parking structure.

Angel Stadium opened its doors in 1966 and is older than every stadium in baseball except Wrigley Field in Chicago, Fenway Park in Boston and Dodger Stadium in L.A. The current lease was agreed on in 1996, when Disney owned the team. Moreno has sought full control over the stadium since he assumed ownership in 2003 and has intermittently flirted with relocation when negotiations with the city stalled.

The most significant setback occurred in 2013, when a proposed deal -- in which the Angels would reportedly pay $150 million to refurbish the stadium in exchange for developing and profiting off the surrounding land -- was shot down by then-mayor Tom Tait.

Moreno walked away from negotiations at that point and informed the city in October 2018 that the team would be opting out of its lease after the following season. When Sidhu was introduced as the new mayor at the start of 2019, talks resumed. The Angels were granted a one-year lease extension to buy more time for negotiations.

In the meantime, the city of Long Beach proposed a potential waterfront ballpark in hopes of luring the Angels. But a new stadium would reportedly cost more than $1 billion and wouldn't be ready before the 2025 season. With the Dec. 31 deadline on their current lease looming, the Angels became hyper-focused on negotiations with Anaheim in November.

They unveiled their pitch on Nov. 15, 32 days before the final City Council meeting of the year, and the two sides met two other times before coming to an agreement.

"When I became mayor a year ago, one of my top priorities was to keep the Angels in a way that benefits our residents and neighborhoods," Sidhu said in a statement. "In January, I reached out to Angels owner Arte Moreno about a fresh start. That was the start of where we are today. I want to thank Arte for his commitment to our city."
Report a correction or typo
Related topics:
sportsespnnewsmlblos angeles angels
Copyright © 2022 ESPN Internet Ventures. All rights reserved.
TOP STORIES
9 shot, 1 fatally, outside hookah bar in San Bernardino
COVID-19, shootings: Is mass death now tolerated in America?
LAFD firefighters caught on video punching, kicking man in Silver Lake
Father put 1K miles on his car to find formula for premature daughter
'Absolutely terrified' teen boy dies hours after 'sextortion' scam
Granada Hills residents express concern over homeless encampment
Some peanut butter recalled for potential salmonella
Show More
California water officials urge conservation amid drought conditions
Gas prices in SoCal holding steady at record-breaking highs
Santa Ana substitute teacher arrested on child molestation charges
OC church targeted by gunman holds ceremony honoring victims
Fontana police shoot man who allegedly opened fire on officer
More TOP STORIES News