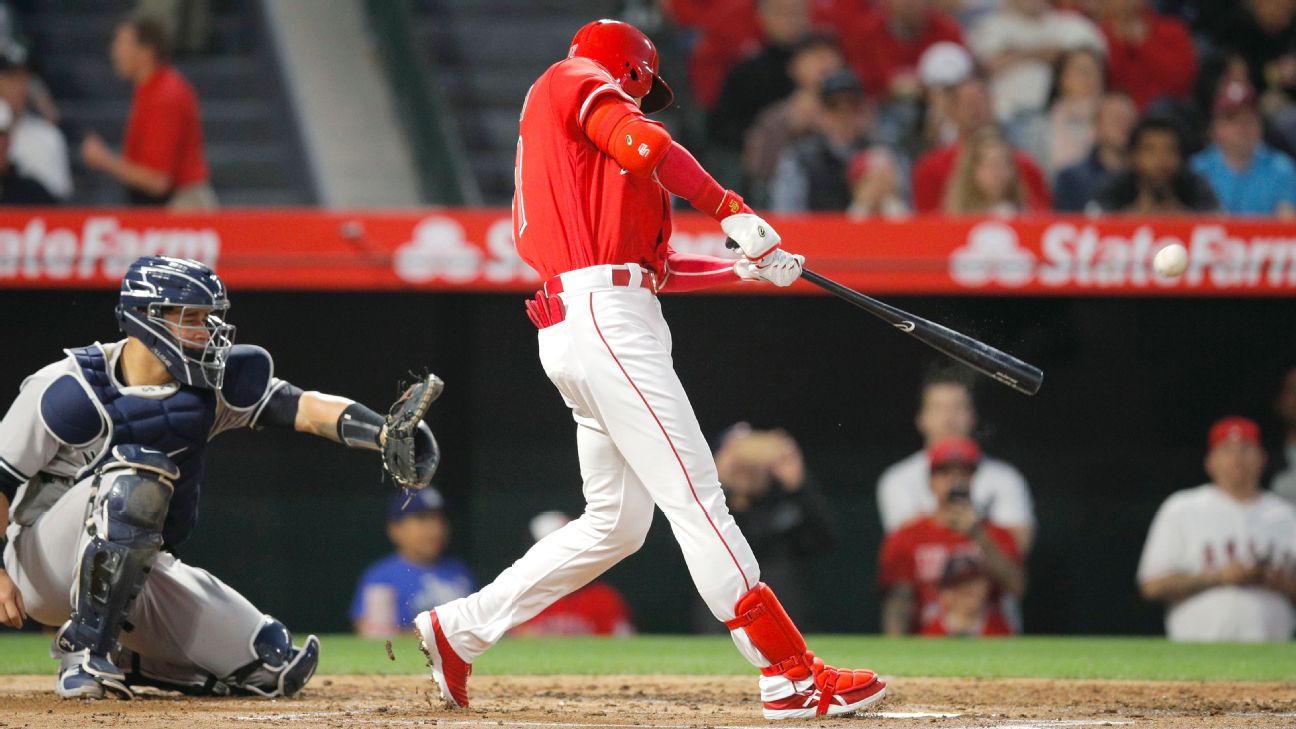 Ohtani was the designated hitter in the 4-3 loss and had homered in his first at-bat, his fourth of the season, in the second inning.

Ohtani grounded out to second in the fifth inning, then was pinch hit for by Luis Valbuena in the seventh inning, when the Angels announced the injury.

The sprain puts in jeopardy Ohtani's availability for Saturday's game against the Yankees. He was slated to play against fellow Japanese player Masahiro Tanaka, whom he introduced himself to before Friday's game. Tanaka said he had faced Ohtani in 2013 and that Ohtani was 0-for-11 against him.

Ohtani's next start on the mound is scheduled for Tuesday at home against Baltimore.