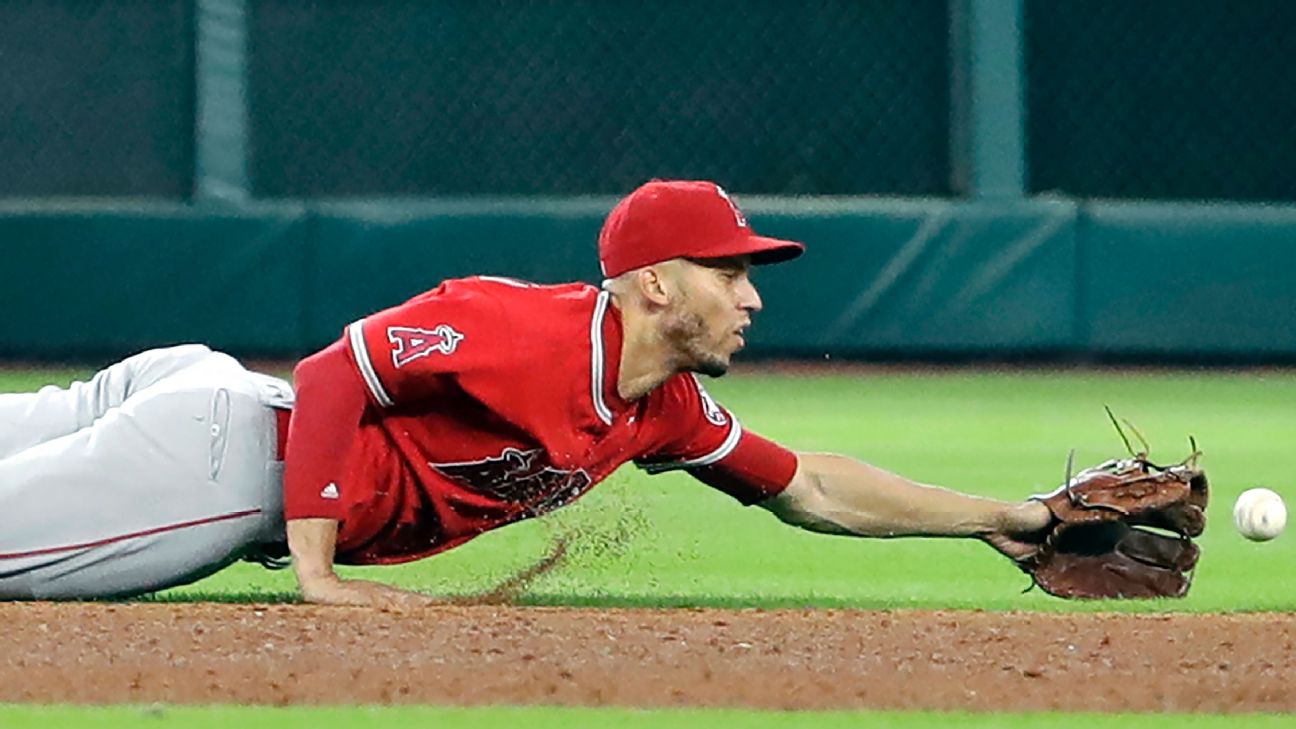 Los Angeles Angels shortstop Andrelton Simmons was placed on the 10-day disabled list Wednesday because of a right ankle sprain.

Simmons was hurt Tuesday when he slipped coming down the dugout stairs before the 1-0 win over the Kansas City Royals. He left the game after the second inning.

"I don't even remember how exactly it happened, but I know I was coming in," said Simmons, who was using crutches after the game. "It's simple and stupid, but it happens every once in a while, I guess."

Angels manager Mike Scioscia said there is no timeline yet for Simmons' return, but added "it's certainly going to take a little bit of time" to recover.

Simmons was batting .330, which ranked fourth in the American League, with 34 RBI. A three-time Gold Glove winner, Simmons has been the lynchpin of the Angels' infield defense since joining the team in 2015.

Zack Cozart will replace Simmons at shortstop, with Kaleb Cowart set to start at third base in the series finale against the Royals after being recalled from Triple-A Salt Lake Wednesday.