Answering 10 of the most intriguing 2019 NFL draft questions 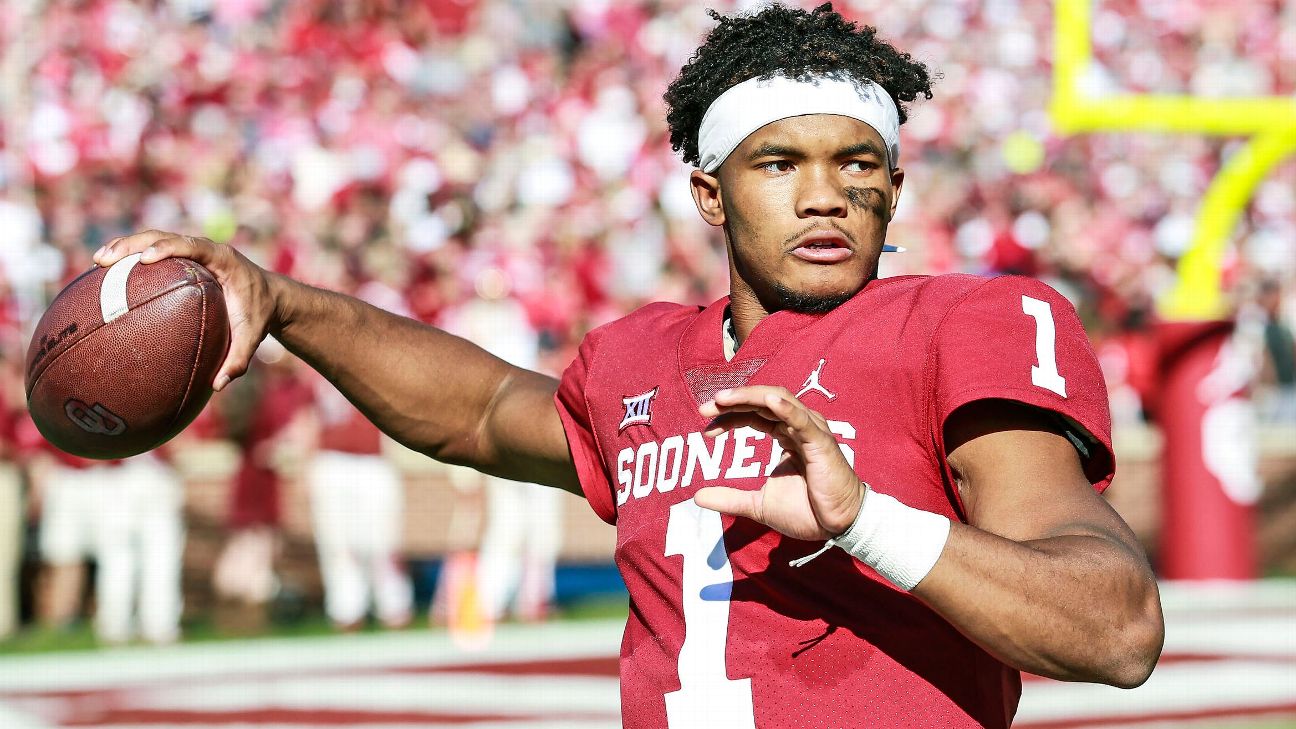 The 2019 NFL draft is a little less than two months away. Teams spent the past week at the NFL scouting combine getting a look at the top talent.

Now they have to decide what to do with their picks. Here's a look at some of the biggest questions they will be answering.

A lot. The Cardinals have yet to set a price for the top pick, but they won't move back unless it's just right -- whether or not that offer includes quarterback Josh Rosen. Coming out of the combine, it seems the Cardinals have zeroed in on Ohio State pass-rusher Nick Bosa. But they are doing their due diligence on Oklahoma quarterback Kyler Murray, which means that if they don't get an offer that blows them away, the Cardinals might be comfortable staying put at No. 1. -- Josh Weinfuss

Coach Kyle Shanahan has emphasized the need for "closers" for a team that has lost 11 one-possession games in the past two seasons, and he likened having a top edge rusher to having a top quarterback. Considering that and the Niners' position with the No. 2 overall pick, San Francisco appears to be better served to stay put and take a real difference-maker on the outside. That's not to say the 49ers wouldn't listen if someone came calling, and free agency could change things. -- Nick Wagoner

The motivation is there, no question. General manager Mike Maccagnan would love to pull a reverse of last year, trading down and recouping what he sent to the Colts: three second-round picks. To make it happen, though, he will need a quarterback-needy team as a partner. Did someone say the Giants? The local rivals haven't made a trade since 1983, but they could help each other out by swapping places. With extra picks, the Jets could plug multiple holes, especially on the offensive line. If a trade makes sense, the Jets will do it. -- Rich Cimini

Talk about a loaded question, because you cannot fairly judge a class until two or three years after draft day, right? Let's just say Gruden and general manager Mike Mayock have to absolutely nail these picks. And by nail, I mean address specific needs at pass-rusher, at receiver and in the secondary. If one of those elite pass-rushers falls into their lap at No. 4 (paging Nick Bosa, Josh Allen, Quinnen Williams), so be it. But if the Raiders are able to trade back, pick up additional selections and address said needs, that would be a successful Day 1. Just check back in a few years. -- Paul Gutierrez

The Buccaneers have needs at every level of the defense, so they can go best available with the pick. Mississippi State defensive end Montez Sweat's experience in both a 3-4 and 4-3 scheme and his speed (4.41 40-yard dash at the combine, with a 1.44 10-yard split) could make for a great pairing with Jason Pierre-Paul. If Kwon Alexander doesn't return, LSU linebacker Devin White would be terrific on the inside next to Lavonte David. Even though they used two draft selections on cornerbacks last year -- Carlton Davis and M.J. Stewart -- the Bucs could use an impact player like LSU's Greedy Williams becauseBrent Grimes is not likely to return. -- Jenna Laine

72.2 percent. General manager Dave Gettleman said he wants to drop a quarterback on the franchise and then eventually watch him from his retirement digs on Cape Cod. He also noted evidence that you get franchise quarterbacks in the first round, not elsewhere. So it's clear he wants a first-round quarterback as long as there is an option with a high-enough grade. Dwayne Haskins seems to be their favorite after impressing the Giants during their 15-minute meeting at the NFL combine. He has the decision-making, size, arm and what is necessary to be the face of a franchise. -- Jordan Raanan

If they sign Foles, then tight end, receiver or offensive line is a must in the first round at No. 7. They also will sign a veteran backup quarterback because they are expected to move on from Blake Bortles. Teddy Bridgewater, Tyrod Taylor or Josh McCown would all fit the bill.-- Mike DiRocco

Edge rusher. Unless, of course, they can land a big-time pass-rushing free agent. Several agents who met with the Packers at the combine said they got the sense the plan is to spend on a pass-rusher -- or pass-rushers -- in free agency and then see what's left in the budget for other spots. Even if they do land a big-time pass-rusher in free agency, they might be wise to double up at the position with either the No. 12 or No. 30 pick overall. -- Rob Demovsky

Miami isn't in a great position to draft one of the top quarterbacks at No. 13; Kyler Murray, Dwayne Haskins and Drew Lock might all be off the board. Miami would likely need to trade up to get its QB, and Murray might not be available if Arizona picks him first overall. So although Dolphins general manager Chris Grier tried to throw water on the "tank for Tua" campaign, it's looking increasingly likely that Miami might have to wait until 2020 to find its franchise QB. -- Cameron Wolfe

There's a strong chance the Steelers select a Day 2 receiver for the third consecutive draft. Pittsburgh needs help in this area, but the free-agency receiver pool is considered weak, and the franchise believes in its ability to evaluate receiver talent. It has a track record of finding impact pass-catchers outside of the first round. The Steelers are banking on James Washington making a Year 2 leap but need more depth behind JuJu Smith-Schuster. Despite obvious needs on defense, plucking a receiver out of the first round, at No. 20, isn't out of the question. -- Jeremy Fowler 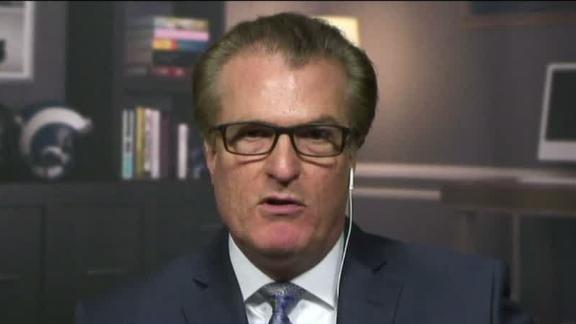 Kiper: Murray fits Kingsbury's system better than Rosen
Mel Kiper Jr. and Todd McShay break down why Kyler Murray is a better match for the Cardinals and Kilff Kingbury than Josh Rosen. 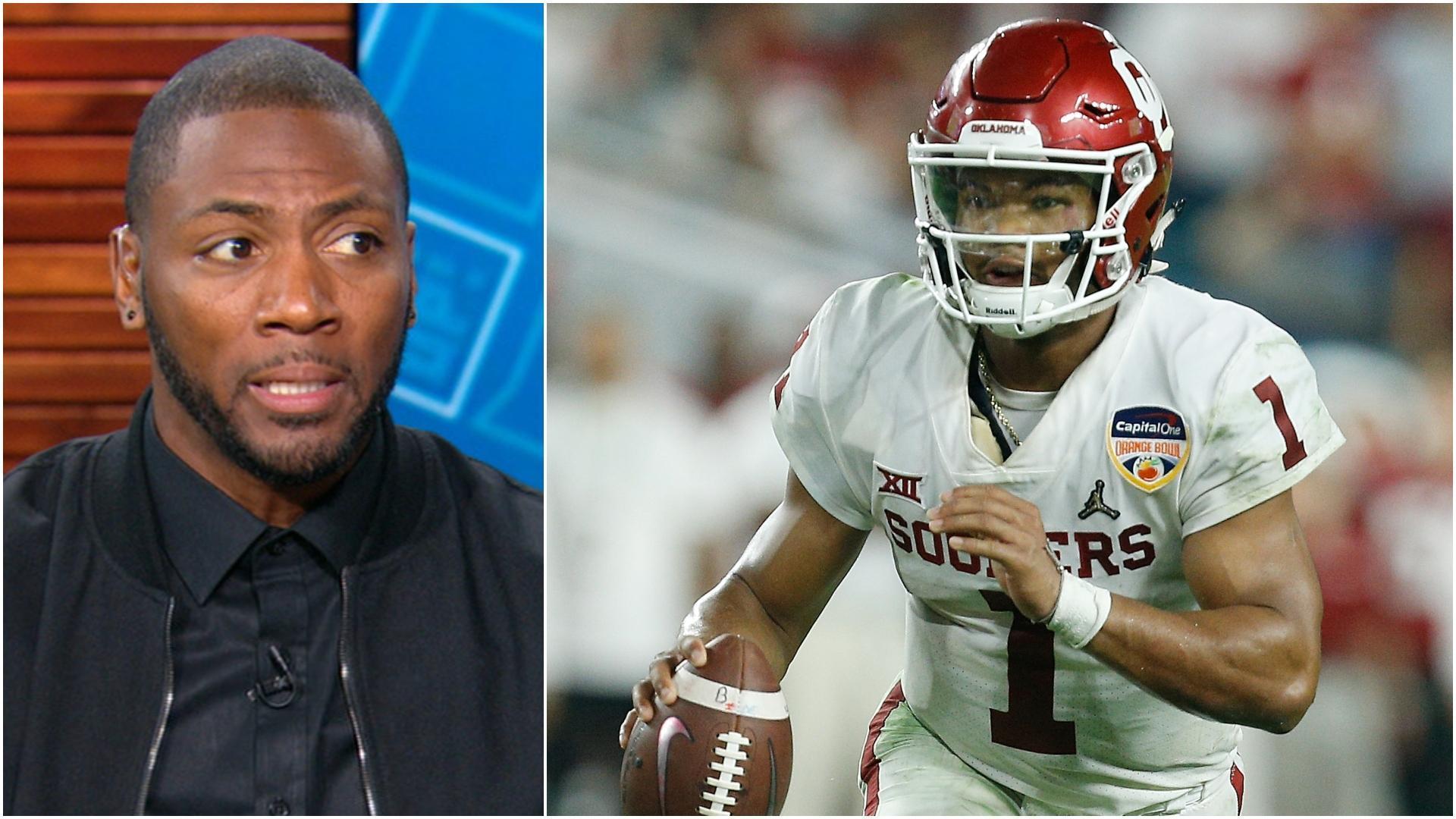