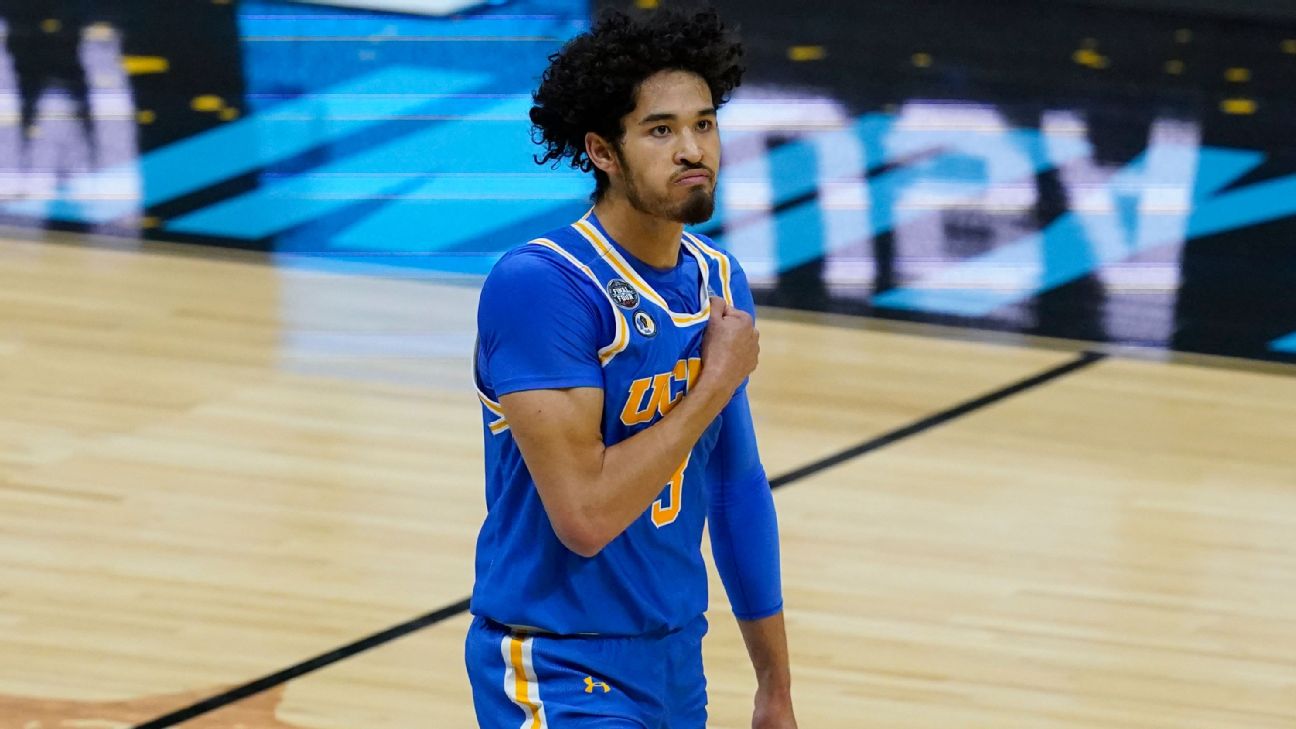 UCLA guard Johnny Juzang, the breakout star of the 2021 NCAA tournament, announced Wednesday night he was withdrawing from the NBA draft and returning to theBruins.

"Going through the draft process has been an amazing experience. I was blessed to connect with great people, learn and grow, and get a feel for life at the next level. I want to thank everybody who has helped me in this process including my family, trainers, school, and especially my dad who helped for countless hours!" Juzang posted to Twitter. "Westwood, I can't wait to go to war! We've got a team full of warriors and there's nobody I'd rather fight beside. With Coach Cronin and our staff, I'm very excited for this season. Let's do something special!"


Juzang helped lead UCLA on a Cinderella run in the NCAA tournament in March, winning five games to go from First Four to Final Four. He had 23 points in the opening win over Michigan State, followed by 27 points against BYU. He was at his best in the final two games, a win over Michigan and a loss to Gonzaga. Juzang went for 28 points in the victory over the Wolverines, and his 29 points nearly led UCLA to an upset of the top-seeded Bulldogs in the Final Four.

In the Bruins' six NCAA tournament games, Juzang averaged 22.8 points and shot 50.9% from the field. His 137 points were the second-highest NCAA tournament total in UCLA history.

Despite the breakout postseason, Juzang was only projected as a late second-round pick in the NBA draft. He was ranked No. 53 in ESPN's latest draft rankings.


Juzang, a former ESPN 100 prospect, started his career at Kentucky. He averaged 2.9 points in 28 games as a freshman in Lexington.

"We are very excited Johnny will be returning to UCLA. Johnny was an important addition to our team last year," UCLA coach Mick Cronin said in a statement. "He is a great player and an excellent teammate. Obviously, we had a special run in March and Johnny, playing on a sprained ankle, was magnificent along with his teammates. We are all excited to get back to work and build on our success."