Brock Turner released from jail after serving half his term 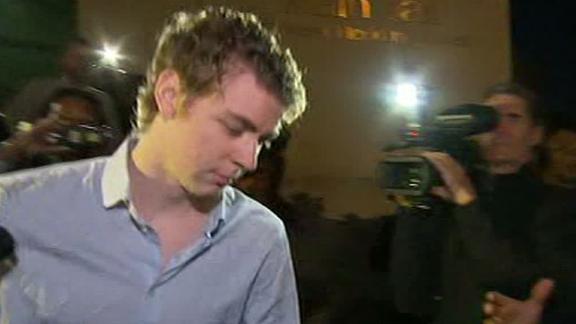 SAN JOSE, Calif. -- Brock Turner, the former Stanford University swimmer convicted of sexually assaulting a young woman on campus, was handed a package by guards as he exited a California jail on Friday after serving half of his six-month sentence: a big packet of hate mail.

Turner's early release for good behavior was the latest turn in a case that sparked a widespread outcry by many who believed he was given preferential treatment and too light of a sentence for the January 2015 assault. For hours after his predawn release from the Santa Clara County jail, about 200 people demonstrated outside, calling for the judge in the case to resign.

Wearing a wrinkled dress shirt, Turner walked with his head down and didn't say a word as he made his way through a gauntlet of television camera lights and into a waiting SUV. The 21-year-old intends to live with his parents near Dayton, Ohio, where he is required to register for life as a sex offender.

There, about a dozen protesters stood outside the Turners' home in Sugarcreek Township as police watched. One man's hand-lettered sign read "Let only pain & misery fall upon those who rape their fellow person."

Turner was convicted of assaulting the woman near a trash bin after they drank heavily at a fraternity party. The woman had passed out and Turner was on top of her when confronted by two graduate students passing by on bicycles. They chased and tackled him when he tried to flee, holding him on the ground until police arrived.

A jury in March found Turner guilty of three felony sexual assault counts. Santa Clara County Judge Aaron Persky sentenced him to six months in jail, citing the "extraordinary circumstances" of Turner's youth, clean criminal record and other considerations in departing from the minimum sentence of two years in prison. Prosecutors had argued for six years.

Turner's case exploded on social media and ignited a debate about campus rape and the criminal justice system after the victim's 7,200-word letter to Turner -- which she read in the courtroom during sentencing -- was published online.

"I want to show people that one night of drinking can ruin two lives," she wrote. "You and me. You are the cause, I am the effect."

Following Turner's release from jail, Sheriff Laurie Smith said she believed his sentence was too light. "He should be in prison right now, but he's not in our custody," she told reporters.

Smith said jail guards gave Turner a big package of hate mail sent to him over the past three months and that Turner lived in protective custody in jail after receiving threats.

She also urged Gov. Jerry Brown to sign a bill passed by the California State Assembly that would require harsher punishment for the same crime Turner committed. Brown hasn't said whether he will sign it.

"The law has to be that if you rape someone who is unconscious and intoxicated, you go to state prison," she said. "And that bill is on the governor's desk right now, and we're urging the governor to sign it."

A well-funded campaign also is underway to recall Persky. The judge voluntarily removed himself from hearing criminal cases, starting next week.

But supporters of the recall campaign said that is not enough.

"We need judges who understand sexual assault and violence against women," Stanford law professor Michele Dauber, a friend of Turner's victim and the chair of the recall campaign, said Friday while demonstrating outside the jail. "Judge Persky does not."

Persky didn't respond to requests for comment Friday and hasn't responded to numerous requests since Turner's sentencing. He has launched a website soliciting campaign donations to help retain his seat.

Greene County Sheriff Gene Fischer said Turner has five days to register as a sex offender with his office in Xenia, Ohio, 15 miles east of Dayton. He will have to report to a probation officer for three years and must avoid alcohol and drugs during that time.

Fischer said his department will notify Turner's neighbors that a convicted sex offender is moving nearby. Turner will be required to register every three months in person at the sheriff's office, reaffirming that he is still living with his parents, the sheriff said.

Deputies also will check on Turner without warning to ensure he has not moved without permission from authorities. 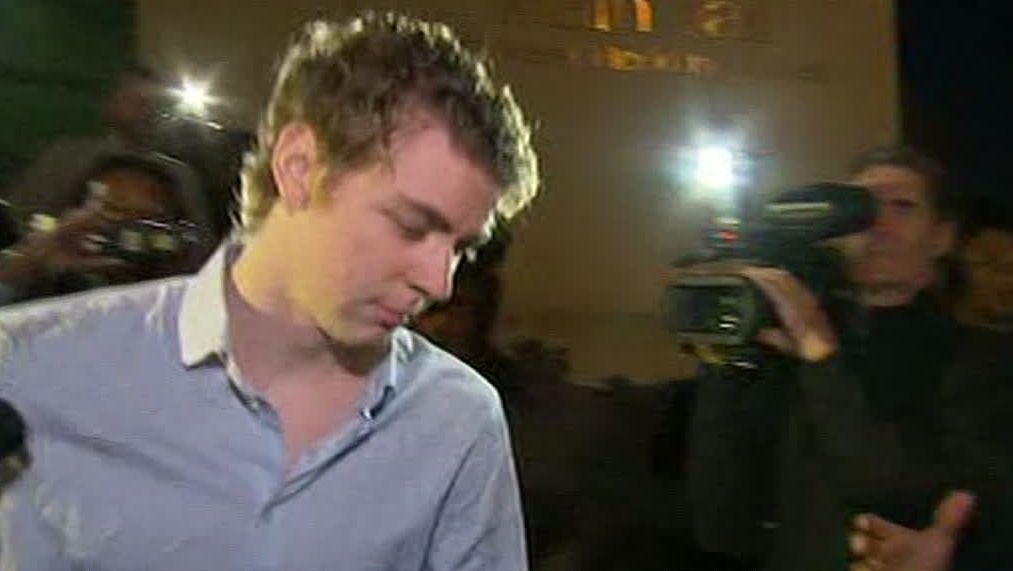