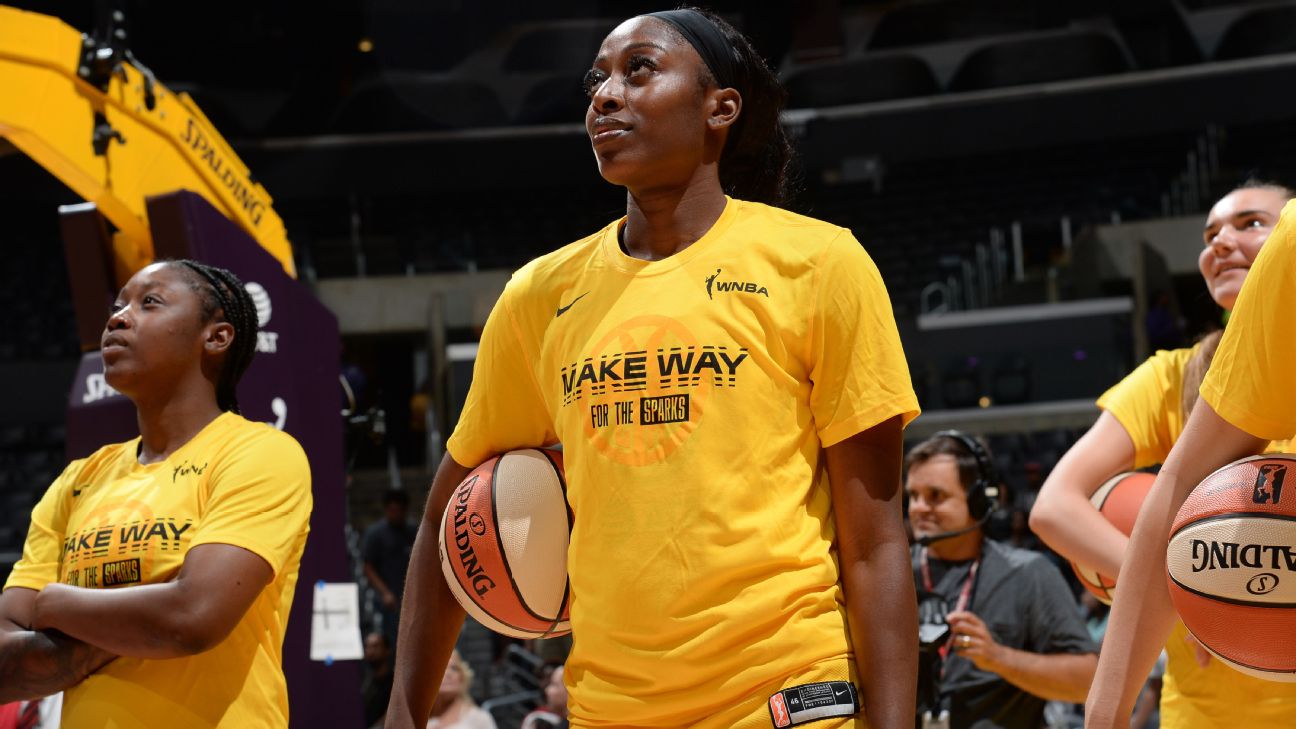 UNCASVILLE, Conn. -- Chiney Ogwumike praised security after she and her sister were rushed by a fan following the Los Angeles Sparks playoff win at Staples Center on Sunday.

Speaking before the Sparks' semifinal game at Connecticut on Tuesday, Ogwumike said arena security defused the situation "in the nick of time'' and she and her sister, Nneka Ogwumike, were fine.

The fan, a 28-year-old man, was charged with criminal trespass after he rushed toward the sisters while Nneka Ogwumike was doing an on-camera interview after the Sparks' second-round win over Seattle.

Chiney Ogwumike says she was able to step between the man and her sister, and security took the man to the floor without incident.

Chiney Ogwumike says she and her sister have no concerns for their safety on the court.

"If you look at the situation as the glass half full and I do, the WNBA is proven now to have some die-hard fans,'' she said. "People sometimes ask the question, 'Who are the fans of this league?' Well, these fans go hard.''

The Connecticut Sun said there were no changes to security at the Mohegan Sun Arena as a result of the incident.

Coincidently, as Chiney Ogwumike was talking about the incident, a fan came onto the court and asked that the interview be moved to the sideline and out of his line of sight, so he could watch the teams warm up.