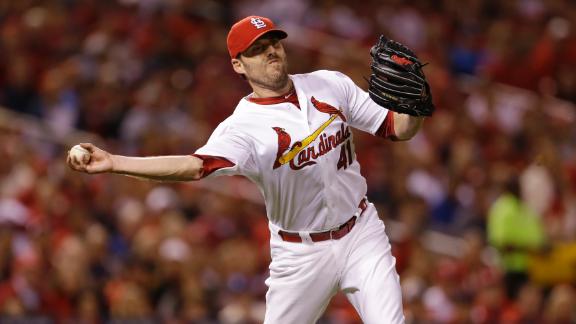 ST. LOUIS -- The Cardinals have exercised their 2015 contract option on pitcher John Lackey, which is at the major league minimum.

The right-hander agreed to an $82.5 million, five-year contract with Boston in December 2009 that contained a provision for a conditional team option at the minimum if he missed a season due to specified injury. Lackey did not pitch in 2012 after reconstructive elbow surgery.

He was acquired at the trade deadline in July in a deal that sent outfielder Allen Craig and pitcher Joe Kelly to Boston. Cardinals general manager John Mozeliak said the contract option was a key to the deal.