Carmelo Anthony brushes off concerns about Los Angeles Lakers' aging roster: 'We make our own nar... 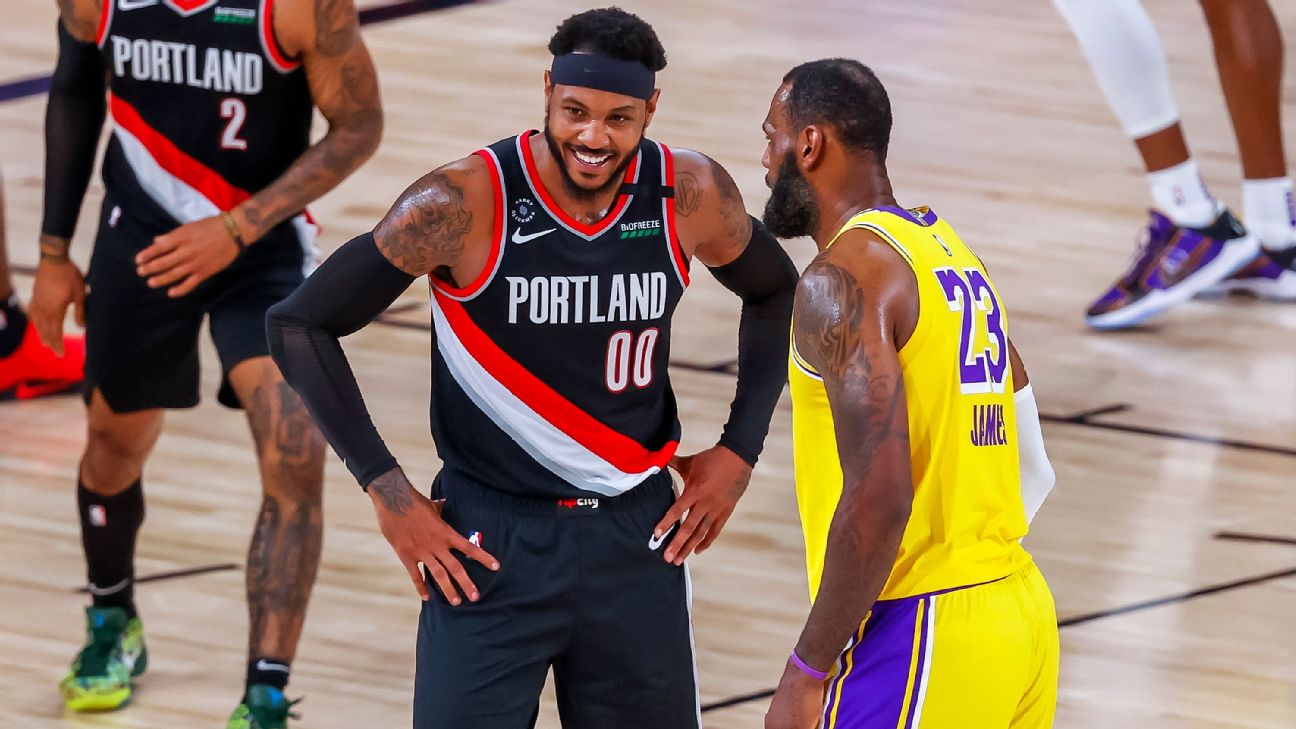 It didn't take any intricate pitch for LeBron James to convince his friend of more than 20 years, Carmelo Anthony, to join him on the Los Angeles Lakers. No digging into the minutia about playing time or role. No selling the off-court opportunities that L.A. provides.

Just a friend telling another friend he'd like to do something together.


"Bron just came to me one time and said, 'Yo, the time is now. I want you. We got to make this happen,'" Anthony said during his introductory news conference Monday. "And I just felt like for right now, this is the best time.

"Most people would say we should've gotten together years ago early in our careers, but we were in two different lanes, we were on two different paths. And everything comes full circle, I'll say."

James, the No. 1 pick in the 2003 draft, and Anthony, the No. 3, came into the league together after being two of the top prep prospects in the country during their high school days when they got to know one another on the AAU circuit.

It took them nearly two decades to link up as teammates in the league, outside of All-Star Games and USA Basketball international competition.

And while Anthony, 37, will finally pair with the 36-year-old James on what will be his sixth NBA team, on a squad that will also feature veterans Dwight Howard, Trevor Ariza and Marc Gasol, he dismissed any concern about any aging roster playing a sport ruled by speed, strength and athleticism.

Anthony has yet to make it to the NBA Finals, let alone win a championship, in 13 postseason appearances. The closest he's ever come was in 2009, losing to the Lakers in the Western Conference finals in six games as a member of the Denver Nuggets.

Five years after that loss to the Lakers, the franchise cleared cap space to try to convince Anthony to come to L.A. to play alongside Kobe Bryant. Seven years later, he'll finally slip on the purple and gold uniform.

"It seems just throughout my whole career, I've always been connected to the Lakers some way, somehow," he said. "Whether it was through my brother Kobe, regardless of what it is, I've always been connected to it some way, somehow. It wasn't really no pitch this time. I think it was really just more of an understanding. Like, 'OK, the time is now. The time is now for both parties to merge, for both parties to agree to come together, and let's put this thing together.'"


Anthony, No. 10 on the league's career scoring list, played well in a reserve role for the Portland Trail Blazers last season, averaging 13.4 points while shooting a career-best 40.9% clip from 3.

While there are no clear-cut starters on next season's Lakers team aside from James, Anthony Davis and Russell Westbrook, Anthony said he will be ready for whatever role is asked of him.

"I had to swallow that ego. I had to swallow that pride," Anthony said. "But I also had to use that ego and that pride to keep me on edge and keep me motivated. And I've accepted that. It played out well in Portland. Again, that was my first time doing it and experiencing that at that level. But I enjoyed it. It was fun, it was basketball and I was still able to do my thing and play ball and have fun and have the love for the game again."

L.A. introduced another forward on Monday, Kent Bazemore, who previously played for the Lakers during the 2013-14 season. Ironically, he was not offered an extension in the summer of 2014 because the franchise wanted to keep cap space open to make a max offer to Anthony. And now, they're back on the Lakers, together, joining the team on veteran's minimum deals.

"We are the best team in basketball," Bazemore said. "That will be my message all year, regardless of what we're going through. So, looking forward to it." 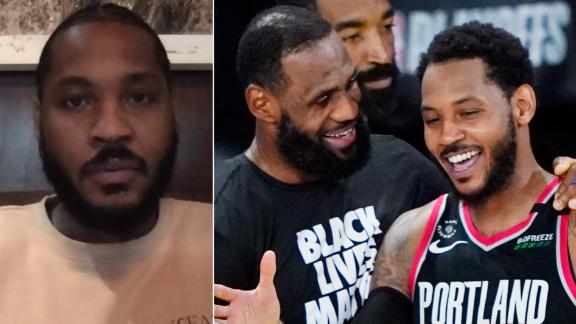