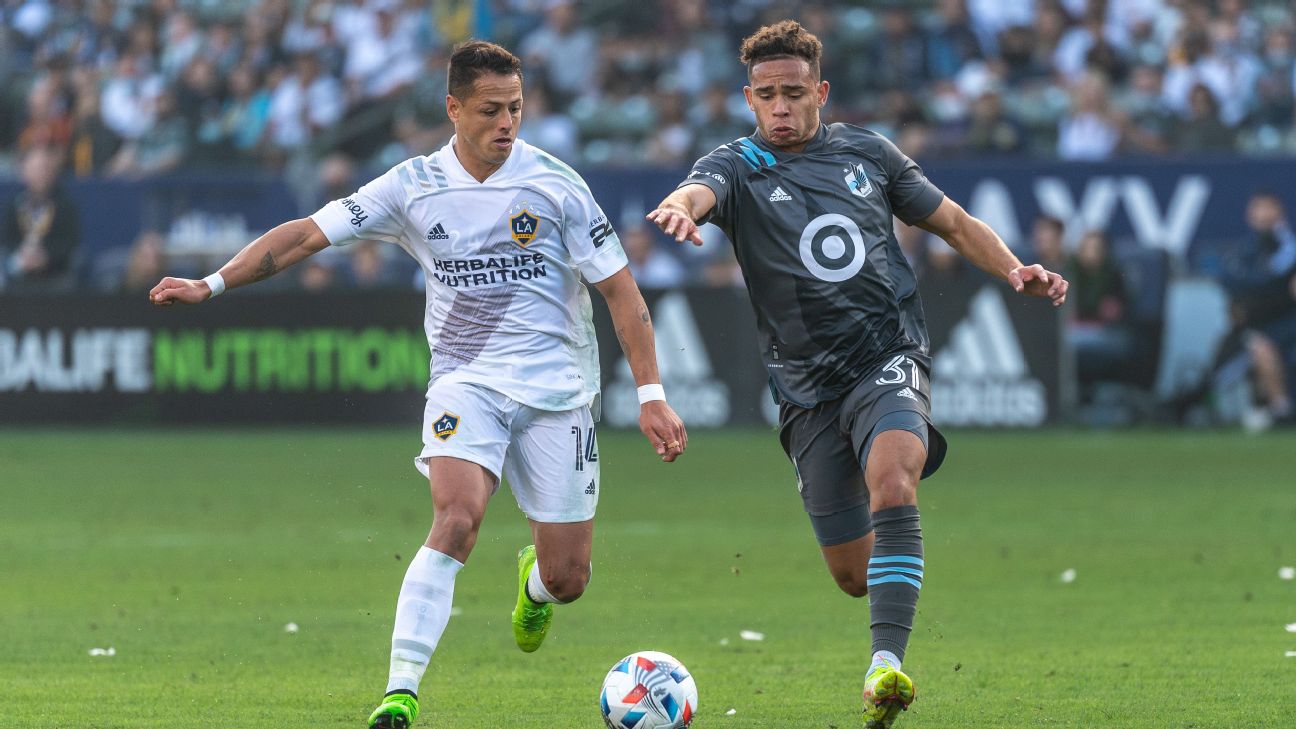 Tyler Miller made seven saves, including two in stoppage time, as Minnesota United held on a for a 3-3 draw with the host LA Galaxy to garner a Western Conference playoff spot on Sunday.

Adrien Hunou and Robin Lod scored goals for Minnesota United (13-11-10, 49 points), who overcame an 0-4 start to the season to finish fifth in the Western Conference and will travel to No. 4 seed Portland in the first round of the playoffs.

Javier Hernandez scored two goals and Sebastian Lletget also scored for L.A. (13-12-9, 48 points), which saw its playoff hopes dashed when Real Salt Lake scored in the 95th minute to leapfrog the Galaxy into seventh place -- and the final playoff spot -- with a 1-0 victory at Sporting Kansas City.

The Galaxy's Jonathan Bond made one save.

Both teams, facing major playoff implications, played passively in the first 21 minutes, with neither attempting a shot on goal. But that changed in the 22nd minute when the Loons took a 1-0 lead on Hunou's seventh goal of the season, taking a pass from Romain Metanire on the left side of the box and the firing a left-footed shot past Bond into the bottom right corner of the goal.

Minnesota extended its lead to 2-0 in the 34th minute on Lod's ninth goal of the season when he chipped in a left-footed rebound of a Michael Boxall shot inside the right post.


The Galaxy cut it to 2-1 in the first minute of stoppage time when Kevin Cabral's crossing pass from the left wing went through Boxall's legs and across the 6-yard box to Lletget alone by the far post, where he tapped it in.

L.A. nearly tied later in stoppage time, but Miller stopped Hernandez's point-blank shot from the edge of the 6-yard box.

Hernandez then made it 2-2 in the 51st minute with a right-footed shot from the middle of the box into the left corner of the goal off a feed from Julian Araujo.

Minnesota regained the lead in the 62nd minute when Araujo redirected Hunou's centering pass from near the left baseline into the net for an own goal. But Hernandez tied it 13 minutes later with his second goal of the game and 17th of the season, putting in his own rebound with a right-footed shot from the middle of the box.

Minnesota had a chance to regain the lead in the 89th minute when Franco Fragapane was awarded a penalty kick when his sharp-angle shot from the left side of the 6-yard box hit Derrick Williams in the left arm. But Fragapane's penalty try bounced wide off the left post.

Miller then saved shots by Sacha Kljestan and Cabral in stoppage time to preserve the tie and Minnesota's playoff spot.