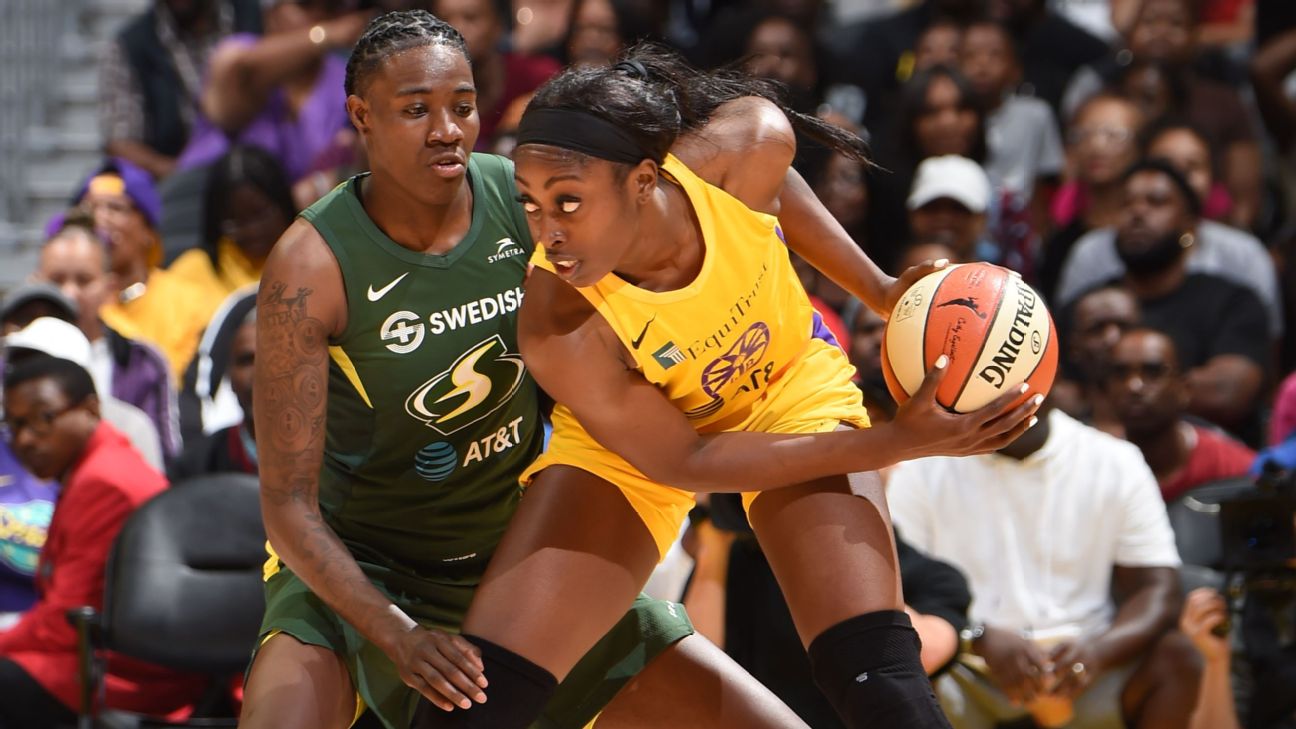 Chiney Ogwumike has signed a multiyear deal to stay with the Los Angeles Sparks, she announced Thursday.

Ogwumike opted out of the 2020 WNBA season because she felt the compacted schedule in the league's bubble wouldn't be the best for her physically, given past injuries that cost her the 2015 and 2017 seasons.


Ogwumike, who works for ESPN as a commentator, was the No. 1 pick out of Stanford in 2014, and was WNBA rookie of the year for Connecticut. She played with the Sun her first three seasons before being traded to Los Angeles, where she joined her older sister, fellow forward Nneka Ogwumike.

Chiney played the 2019 season with the Sparks, averaging 9.6 points and 5.8 rebounds.

"I am so excited to get back on the court with my squad," Ogwumike wrote in a post on her website. "I have a new workout partner and teammate in [free-agent signee] Amanda Zahui, and we are full-steam ahead getting ready for training camp."


Nneka Ogwumike has the core designation for the Sparks and is expected to sign soon.

In other WNBA roster moves Thursday, the Dallas Wings waived center Astou Ndour, who was acquired via trade with Chicago before the 2020 season. Ndour averaged 3.5 points and 2.9 rebounds last season.

If she is not picked up on the waiver wire, the Wings will still be responsible for the last two years of her contract, which do have a buyout.
Report a correction or typo
Related topics:
sportsespnnewswnbachiney ogwumikelos angeles sparksespnw sportsespnw
Copyright © 2022 ESPN Internet Ventures. All rights reserved.
TOP STORIES
Highland Park parade mass shooting was planned for weeks; 6 dead
Man dies after being injured by illegal firework in Montebello
IE woman viciously attacked by security guard outside bar, video shows
Highland Park 4th of July parade shooting survivors speak out
Parents of late NFL star Demaryius Thomas reveal he had Stage 2 CTE
What we know about the victims of the July 4th parade shooting
Illegal fireworks light up night sky across SoCal on July 4th - Video
Show More
Brittney Griner writes letter to Pres. Biden pleading for his help
11-year-old boy dies from fireworks
Hit-and-run driver sought after man in wheelchair killed in LA
Grand Park 4th of July Block Party returns after 2 cancellations
Suspect arrested in alleged sexual battery inside OC storage facility
More TOP STORIES News