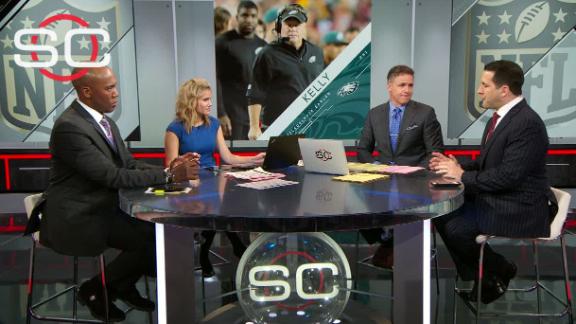 PHILADELPHIA -- With storm clouds gathering around his 4-6 football team, Philadelphia Eagles coach Chip Kelly said Monday that he will stay the course.

"We lost a football game," Kelly said, referring to Sunday's 45-17 loss at home to the Tampa Bay Buccaneers. "We got outplayed, we got out-coached. We need to move forward. We don't need to change how we set up our day or anything like that. We lost a game to a better team.

"I feel confident in the guys we have right now."

The loss has raised questions about Kelly's team. An anonymous Eagles player was quoted in the Philadelphia Inquirer regarding running back DeMarco Murray, who appeared to slide to avoid contact short of the first-down marker against Miami on Nov. 15.

"Well, when you see DeMarco sliding before getting hit, you tell me," the anonymous player told the Inquirer. "Was that giving full effort? You see that [stuff], and it makes you wonder."

During Sunday's game, quarterback Mark Sanchez and running back Darren Sproles were shouting at each other after a fourth-quarter interception was returned for a touchdown.

"I think [Sanchez and Sproles] were just frustrated," Kelly said. "I'm not worried about that overall. When you win and that happens, everybody says those guys are really competitive. When Tom Brady yells at Julian Edelman and they win the game, it's 'What a competitor the quarterback is.'

"If it happens when you're losing, there's 'infighting.' It was an isolated incident between highly competitive players."

Kelly found himself in the middle of a verbal spat earlier Monday on his own weekly radio appearance on 94.1 FM-WIP, when host Angelo Cataldi said that the coach should show more anger in dealing with his players after such a loss.

"If people want a screamer and yeller, then let's hire you," Kelly said. "You're pretty good at that."

Despite losing each of their past two games, the Eagles are only one game behind the first-place Giants (5-5) in the NFC East.

The Eagles are on a short week, as they will play the Lions in Detroit's annual Thanksgiving Day game. 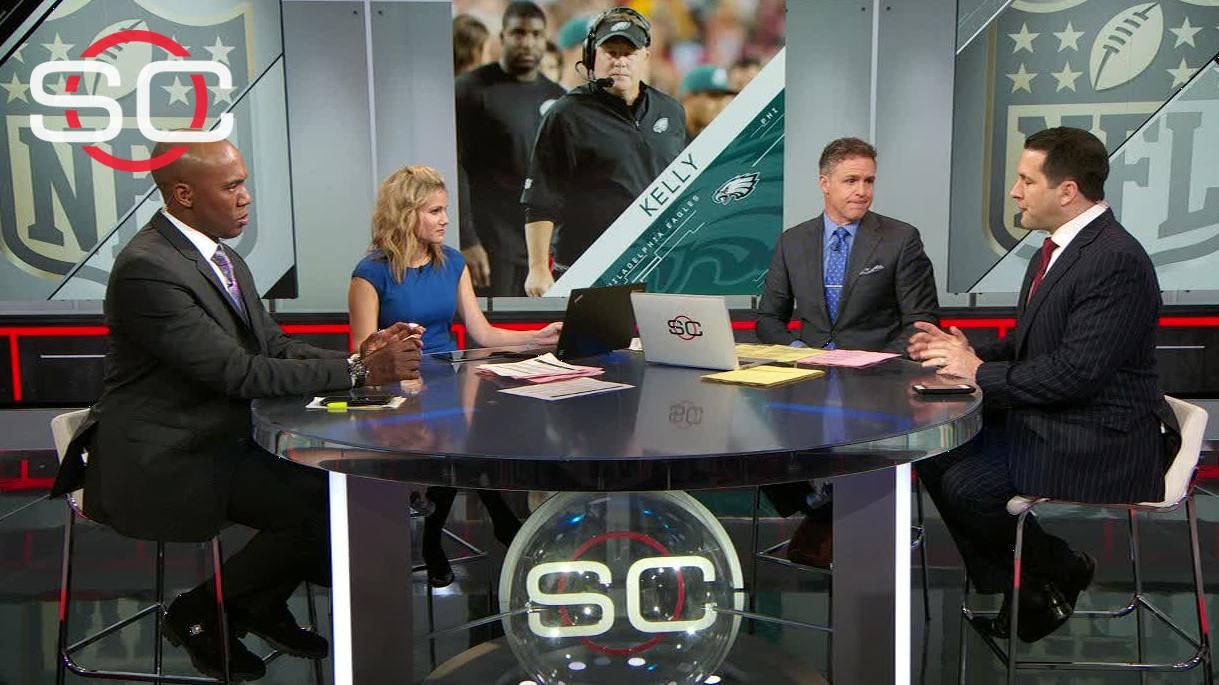