Chris Johnson on IR with fractured tibia, but could return for Super Bowl 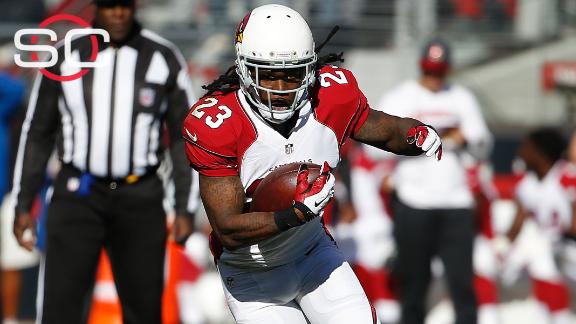 TEMPE, Ariz. -- Arizona Cardinals running back Chris Johnson's next game could be the Super Bowl.

Arizona placed Johnson on injured reserve with a designation to return on Tuesday, two days after he suffered a fractured tibia in his left leg in a 19-13 win on the road against theSan Francisco 49ers.

Johnson, 30, will be eligible to play in eight weeks, just as the Cardinals would begin preparations for Super Bowl 50, if they were to qualify. He'll be eligible to return to practice in six weeks.

Johnson suffered the injury in the third quarter at Levi's Stadium.