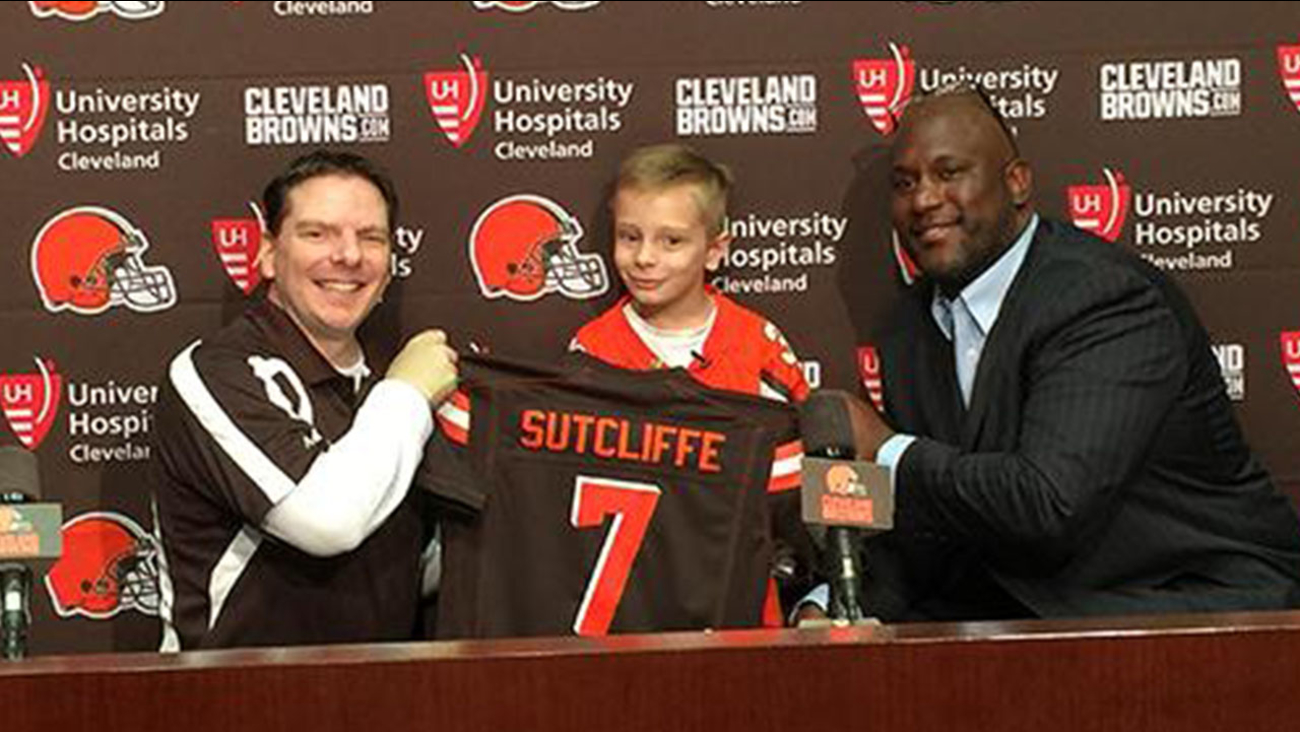 Dylan Sutcliffe, a 9-year-old from Lyndhurst, Ohio, signed a one-day contract with the Cleveland Browns through the Make-A-Wish Foundation on Tuesday. (Cleveland Browns/Twitter)

Dylan signed a one-day contract with the NFL team on Tuesday as part of Make-A-Wish Ohio, Kentucky and Indiana, according to the team.

"We're excited to add another quality player to our roster as we prepare for the 2015 season," said Browns General Manager Ray Farmer. "When we first connected with Dylan, it was clear he was a competitor who had all of the right attributes to be a contributor to our team."

...and it's official! Dylan Sutcliffe becomes the youngest #Browns player! #give10 pic.twitter.com/sAhVrBkykq

Dylan was diagnosed with ataxia telgiectasia (A-T), a rare disorder that causes severe neurological problems, including abnormalities of balance, skin infections and other issues. But the disorder hasn't stopped Dylan from fulfilling his dream of playing for the Browns.

Contract negotiations were tough, but Dylan finally agreed to terms with Browns President Alec Scheiner. The Lyndhurst, Ohio native then entered a private coaching session with head coach Mike Pettine to prepare the 9-year-old for his NFL career.

"Dylan is definitely a young man who has all of the 'Play Like a Brown' traits, particularly through his passion, toughness and relentlessness," Pettine said. "We look forward to seeing him bring that energy to practice this afternoon."

Dylan was accompanied to the signing by his family including his 4-year-old brother Sean, who has also been diagnosed with A-T. NFL analysts say it's too early to tell where Dylan's career will rank amongst football's greats. But it's safe to say that Dylan has become a fan favorite across the NFL.

The legend of the immortal Punxsutawney Phil
Keanu Reeves 'Matrix 4' to film in NorCal? Extras wanted