Clippers' Kawhi Leonard in quarantine protocol after arriving in Orlando 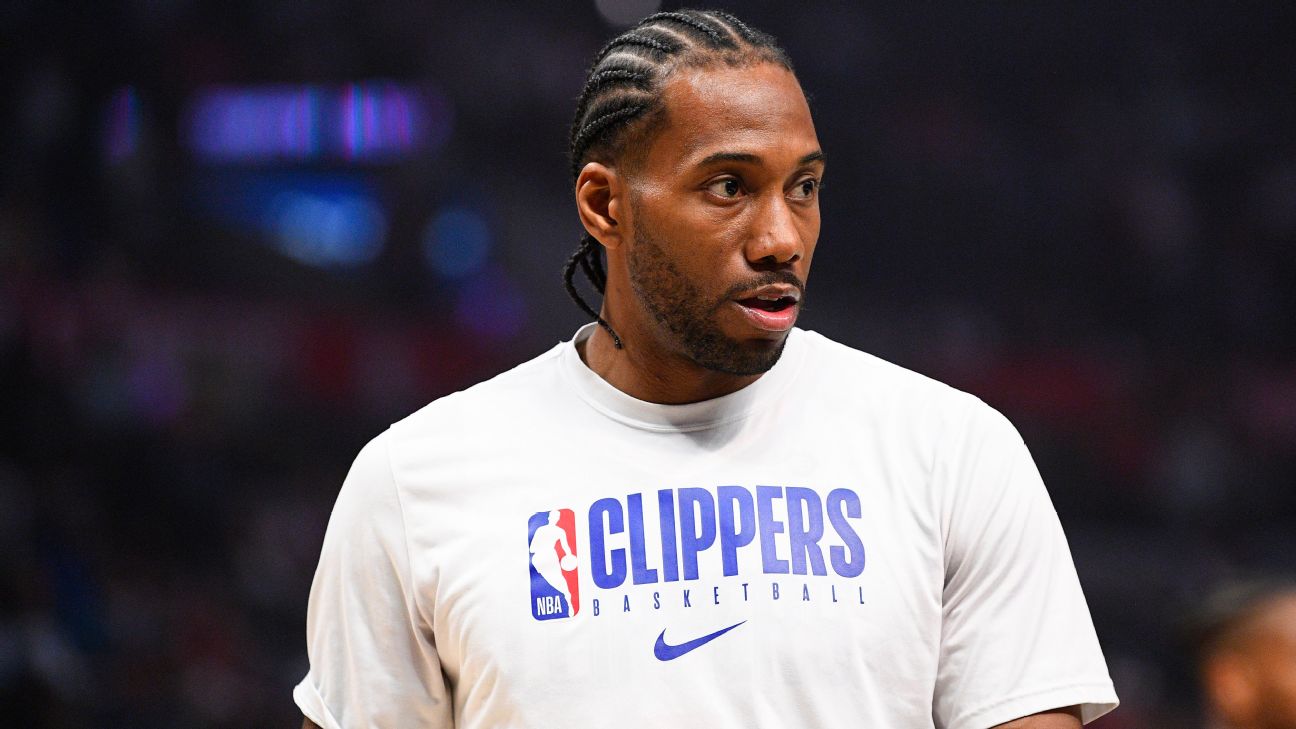 Kawhi Leonard is in Orlando, Florida, and going through the quarantine protocol before joining the LA Clippers for team activities.

Coach Doc Rivers confirmed Saturday that the Clippers' All-Star forward did arrive at the Walt Disney World Resort as expected after Leonard was excused by the team to tend to a family matter when the Clippers flew to Orlando on Wednesday.


"Kawhi, he is here, he is going through the protocol," Rivers said. He will be quarantining for two days.

The Clippers closed their team facility out of caution after there was a positive coronavirus test among their travel party, ESPN's Adrian Wojnarowski reported on July 2.

Rivers said the Clippers players who are in Orlando are healthy, including Leonard. And that was something he could not say for much of the season. Leonard has managed a knee issue for much of the time, and Paul George eased his way into the season as he recovered from offseason surgeries on his shoulders.

But George said his shoulders are 100 percent and that the Clippers benefited from the four-month hiatus amid the coronavirus pandemic to let nagging injuries heal. Rivers would not say how the Clippers plan to ramp Leonard back up for postseason play.

"I don't know that yet," Rivers said. "I think everybody's healthy, that is a great thing. Guys were not as healthy in training camp at the beginning of this year. Now we got Paul George healthy, we have Kawhi healthy, we don't have a guy that's injured right now, knock on wood. Hope that continues."


The Clippers (44-20) went through their second practice on Saturday as they resume their title chase. Guard Lou Williams said the Clippers held a team vote on whether to even go to Orlando and take part in the NBA restart.

Williams was "50-50" about whether to play again because he, like some other players around the league, feared that games could distract from the protests around the country against social injustice and police brutality. Williams voiced his concerns about the league being able to promote Black Lives Matter and continue the momentum the movement had.

"We spoke as a team and we decided that our decision, it was going to be everybody or nobody," Williams said. "And so once we sat down, we decided to take a vote and we just had more things in common and we just decided that we were going to come as a group. So I'm part of the group.

"I have a lot of thoughts and ideas of the things that I felt strongly about personally, but I represent a group. I represent an organization; so ultimately that led to my decision."

Rivers said the organization "pushed" the players to talk about returning to play so that they had the "right mindset" and also the ability to speak up for what they believe in while in Orlando.


The Clippers' coach passionately spoke up during his Zoom session with reporters about Sen. Josh Hawley of Missouri. Hawley sent a letter to NBA commissioner Adam Silver about the league's social justice messages on uniforms. Hawley tweeted, "why not 'Support our Troops' or 'Back the Blue'? Or given how much $$ @nba makes in #China, how about 'Free Hong Kong'!"

"They always try to turn it into the military or the police," Rivers said. "There's no league that does more for the military than the NBA. But how about that senator? I'll make up a challenge. We will do things for the troops as long as he acknowledges Black Lives Matter. I think that would be really cool for him to do.

"It's funny, whenever we talk about justice, people try to change the message," Rivers continued. "Colin Kaepernick kneels, it had nothing to do with the troops. It had to do with social injustice. And everyone tries to change the narrative. How about staying on what we're talking about and dealing with that instead of trying to trick us or change or trick your constituents? How about being real?

"I guarantee you that we have done more for the military than probably that senator. And I guarantee you this, we are going to do things for Black Lives Matter, how about him? Maybe he should join into that." 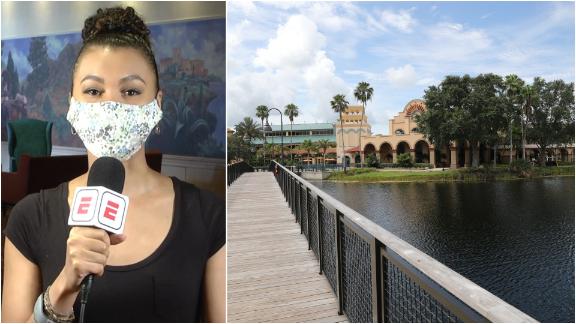