Doc Rivers on Clippers with Griffin: 'Nice run, but we didn't get it done' 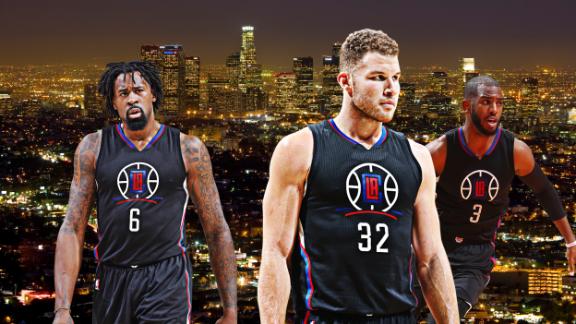 "Before Blake got here, this wasn't a great franchise," Rivers said Tuesday before his team's 104-96 loss to the Portland Trail Blazers at Staples Center. "Once Blake got here, and [Chris Paul] followed and [DeAndre Jordan] and all those guys, that's when this team was talked about."

But with Griffin abruptly traded Monday to the Detroit Pistons in exchange for three players and two draft picks, the Clippers prepared for their first game of the post-Blake era, absent a five-time All-Star whom they drafted first overall in 2009 and who immediately made their seemingly forever-forsaken team relevant.

In total, the Clippers dealt Griffin, Willie Reed and Brice Johnson to the Pistons for Tobias Harris, Avery Bradley, Boban Marjanovic, a first-round draft pick and a second-round pick. The first-round selection will be protected the next three years, should it fall within the top four picks. It would become unprotected in 2021.

Rivers maintained that the deal came together almost as quickly as it seemed.

For all the Clippers' struggles prior to Griffin's arrival, the team reached the playoffs six times in his seven-and-a-half seasons and won at least 50 games in five consecutive seasons, the second-longest active streak in the NBA behind that of the San Antonio Spurs (18), according to ESPN Stats & Information.

"We had a nice run," Rivers said. "But we didn't get it done. It's funny how that will always be viewed, whether that was a great run, a good run. You win 57 games every year, you have multiple All-Stars, you're an exciting team to watch, but our goal was to win a title as a group, and that's the down part of this.

"We were fun. We were exciting. But we didn't get it done. And it's not [the fault of] Blake or [Paul]. It's Blake and [Paul], [Jordan], myself -- it's all of us who didn't get it done. But that's why you're in sports: You keep trying. There are players who have tried all their careers to get it done, and most don't get it done. This group went after it the right way, and it just didn't work out."

Rivers especially lamented second-round series losses to the Oklahoma City Thunder in the 2013-14 playoffs and to the Houston Rockets a year later, when the Clippers blew a 3-1 series lead.

"We all will have the regret of not winning it and of not even going to the Western finals," Rivers said. "We had our two chances, for sure. The Oklahoma [series], which I thought was the beginning of the end, when something like that happens, and then the Houston debacle. Both of those were very difficult for us. After that, we've had a lot of injuries -- every playoff we had. But we had our shot. We didn't come through."

Clippers forward Danilo Gallinari said he spoke to Griffin shortly after the trade.

"He didn't expect it, I guess," Gallinari said before Tuesday's game. "Every one of us didn't expect it. When I called him, he was just trying to realize the moment a little bit."

"He is excited because it is a new chapter, and that is the way you have to think in this league," Austin Rivers said. "He gets to go to a situation where teams are always going to play behind Blake, and it is one of those situations where it is just crazy because no one saw it coming. I didn't even believe it when I heard it."

Jordan, the Clippers' star center, said of the trade: "The organization felt like it was best for our team now and along with the future. Blake was a teammate of mine for nine years, this whole time here. We had a lot of great times together, and he'll be a friend of mine after basketball, so it was definitely tough to see him go. I wish him nothing but the best."

The Clippers will continue to explore trade opportunities for Jordan and guard Lou Williams ahead of the Feb. 8 trade deadline, targeting young players and draft picks while competing for a playoff spot this season, according to ESPN's Adrian Wojnarowski.

When asked if his team is finished dealing, Rivers said, "I don't think anyone knows. Right now, we're pretty much done, but that doesn't mean ever, if you're done. We'll see. The one thing I want to just keep saying is this team has not changed its goals about the playoffs."

Entering Tuesday, the Clippers stood in ninth place in the Western Conference, with a 25-24 record. Given that the team traded Paul to the Rockets before the season, and now Griffin, Rivers was asked about his level of commitment with the team appearing to enter a rebuilding phase of sorts.

"I like where I'm at, I like where we're at," Rivers said. "I would love us to be Golden State or maybe Cleveland. But this is what it's all about -- let's see if we can figure out a way. You don't know what's out there with drafts and other stuff. We just have to see. As far as my endurance, I'm fine."

The rise and fall of Lob City
With the departures of Blake Griffin and Chris Paul, the era of the Clippers' Lob City -- full of drama, excitement, success and disappointment -- comes to an end. 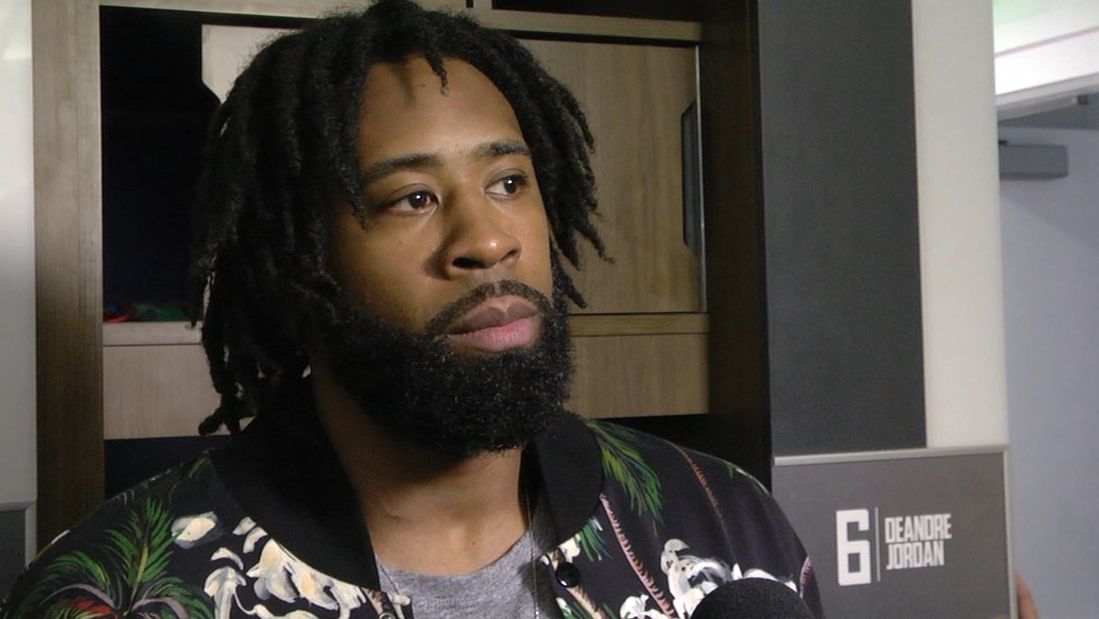 Jordan wishes Griffin 'nothing but the best'
DeAndre Jordan says he has had a lot of good times with Blake Griffin, which made it tough to see him get traded to Detroit.