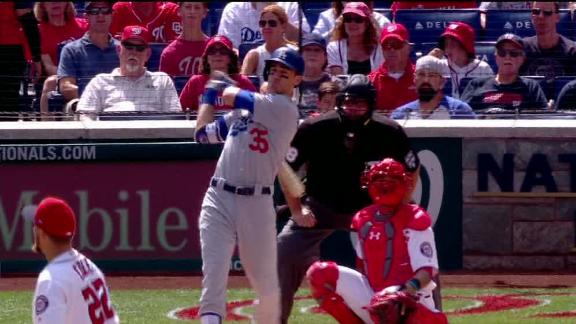 "A September callup. That was the goal in spring training," Bellinger said about how he saw this season prior to the season. "Obviously, I wanted to be up there sooner, but with the team that we had, I didn't think there was a chance. Everything that came this year has been kind of crazy."

Mark McGwire holds the all-time rookie record with 49, which he set in 1987 with the Oakland Athletics. The Yankees' Aaron Judge has 43 this season.

After missing nine games last month with a sprained ankle, Bellinger appears poised for a sprint to the finish.

"Figuratively and literally, he's got his legs under him," Dodgers manager Dave Roberts said.