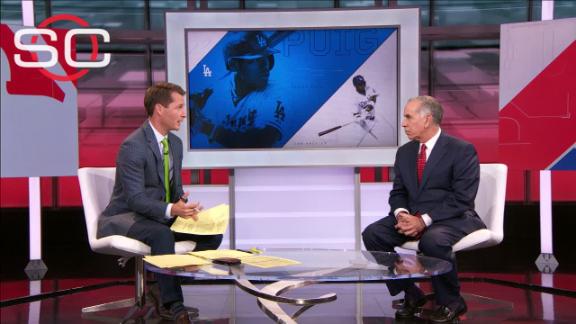 The Los Angeles Dodgers have optioned outfielder Yasiel Puiga day after he did not travel with the team.

Puig was told by the team on Monday not to join the team on their road trip as he would either be traded or demoted. With the Dodgers unable to move the 25-year-old ahead of Monday's non-waive trade deadline he has been sent down.

"We didn't want him to come to the ballpark because we knew he wasn't going to Denver with us," manager Dave Roberts told The Associated Press on Monday. "We were looking for more production from that position, so we acquired a player [Josh Reddick] who is having a really good year and great track record."

With Puig out of the lineup, the team has inserted Reddickin right field. He will also bat cleanup as he makes his team debut in Tuesday's series opener against the Colorado Rockies.