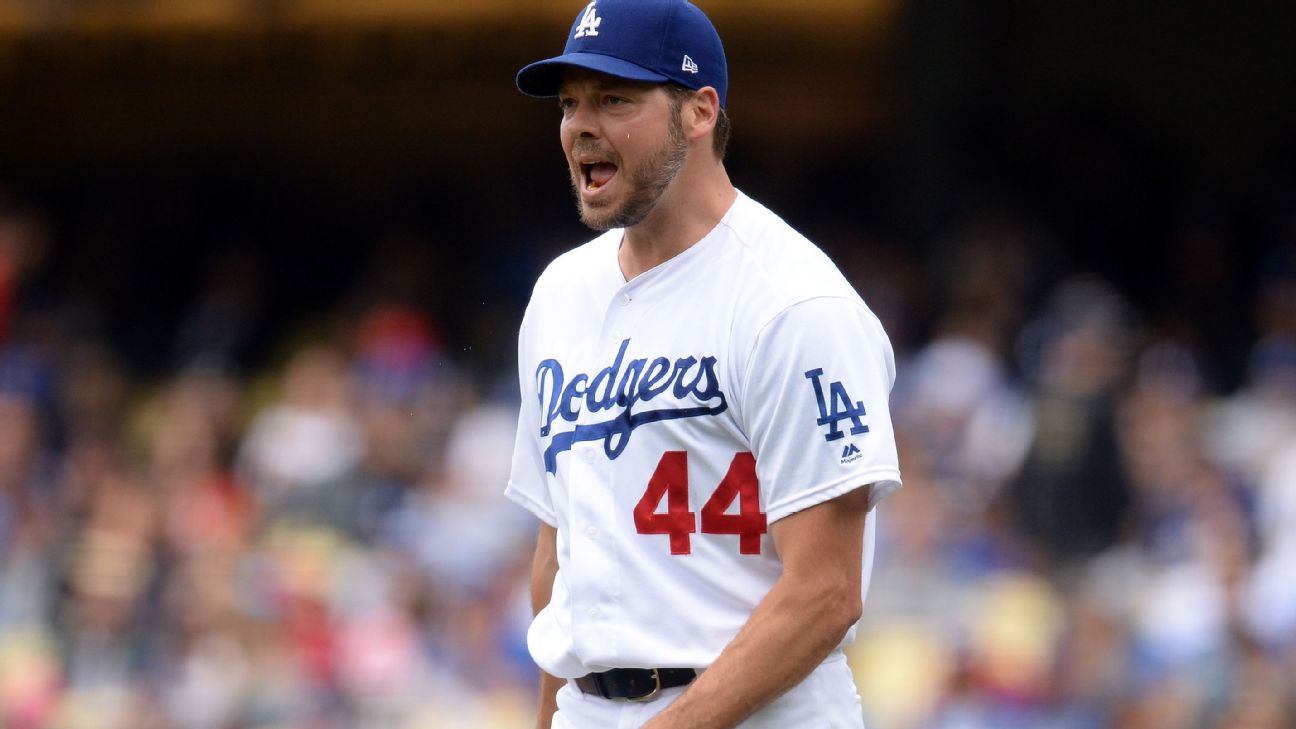 LOS ANGELES --Dodgersleft-handerRich Hillremains undeterred despite a season in which he missed 12 weeks because of a flexor tendon strain in his pitching elbow and then reinjured his knee last week in the first inning of his return.

Eight days after suffering what was diagnosed as a strained left MCL against theBaltimore Orioles,Hill threw nearly 20 pitches to a handful of teammates in a simulated game Friday afternoon and reported no pain.

He will start against the San Diego Padres on Tuesday, throwing the first two innings, then pitch in the regular-season finale against the San Francisco Giants if all goes well.

Hill, who is less than six months away from his 40th birthday, is still hopeful of helping the Dodgers during the postseason.

"Obviously I'd like that to be as a starter," he said. "I don't know how that's going to be laid out. It's not my call. My thing is just getting ready."

Hill had been toying with the position of his left foot on the rubber in hopes of diminishing the pain in his push-off leg. But the biggest difference, he said, was felt by the brace he sported on his left knee during the session. The pain Hill initially felt was the tearing of scar tissue from the knee injury he suffered during spring training, not a re-injury.

Dodgers manager Dave Roberts has said his team would be "a little unconventional" with its fourth starter in the postseason, using a combination of relievers rather than one traditional starting pitcher. The strategy was a byproduct of Hill either being unavailable or not properly stretched out by then. But Hill's session offered encouragement, even though the extent to which he can help remains hazy.