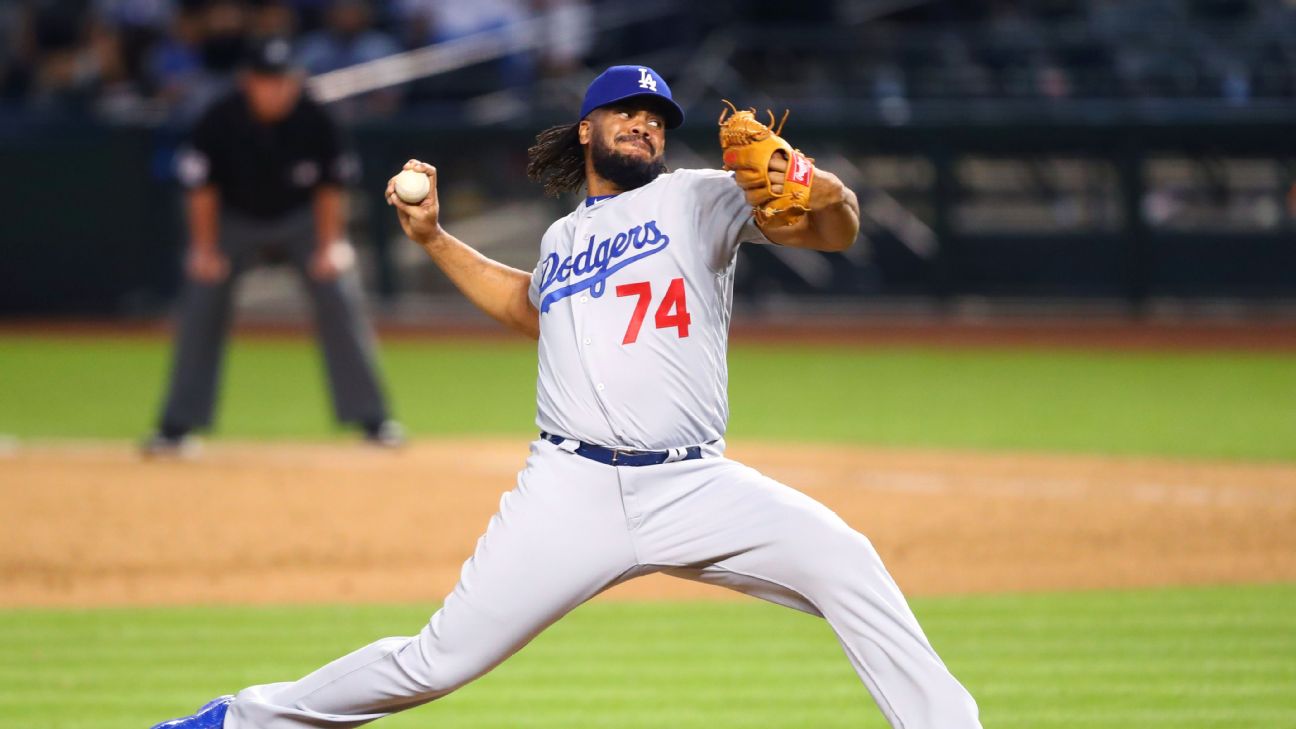 SAN DIEGO -- Los Angeles Dodgers manager Dave Roberts won't hesitate to send Kenley Jansen out for save opportunities despite the closer's shaky start to the season.

"Absolutely not. No," Roberts said before Wednesday's series finale against the Padres, less than 24 hours after Jansen blew his second save opportunity of 2018, already double his total from last year. "Save situation tonight, even potentially a non-save situation to keep the game close, or whether we need an inning or not, I have no hesitance in running him out there."

But Roberts never turned to Jansen on Wednesday night, as the Dodgers beat the Padres 13-4.

However, it took the Dodgers 12 innings to beat the Padres 7-3 on Tuesday night after Jansen's rough ninth inning.

The Dodgers took a combined two-hitter and a 3-1 lead into the ninth. Jansen allowed Eric Hosmer's towering leadoff home run to center, then watched as center fielder Chris Taylor robbed Christian Villanueva of a homer for the second out. Jansen then walked Franchy Cordero, who stole second and took third on Jansen's balk.

Pinch hitter Chase Headley, who came in hitting just .038, doubled to right on a 3-2 pitch to tie it. Jansen struck out pinch hitter Austin Hedges to send the game into extra innings.

Hosmer had struck out in each of his previous three at-bats.

"The one thing that was encouraging was his velocity yesterday was better than it had been," Roberts said. "But the other side of it is the characteristics of his cutter weren't doing what it was supposed to do. The health component, I think, he keeps checking those boxes. It's just part of finishing that pitch at the end and getting the cut characteristics that he's not getting."

Roberts said some of Jansen's pitches Tuesday night, including to Hosmer and Villanueva, "were straight as a string."

"We're still trying to figure it out and really have no real answer yet," Roberts added.

Roberts said he's not ready to move Jansen into another role.

"I think we're a ways from that," he said. "I think that he's earned that. Sometimes with his track record, guys like that you've got to let them work through it. It is a little bit more difficult when you're talking about the closer. Regardless of where the role is at, for anyone in relief, those innings matter; whether it's the sixth, seventh, eighth or ninth, they're really important innings. It's not a mental thing as far as Kenley; it's just going out there and executing. That's not even on my mind."

"I just have to get better. I can't let that get in my mind of what's wrong with me. It's early in the year. I'm never going to let that confidence go. Listen, people can criticize me, that's OK. They deserve to criticize me. But me, I have to be strong in my mind and know who I am."

The two-time All-Star had 41 saves last year, before posting mixed results in the Dodgers' World Series loss to theHouston Astros: