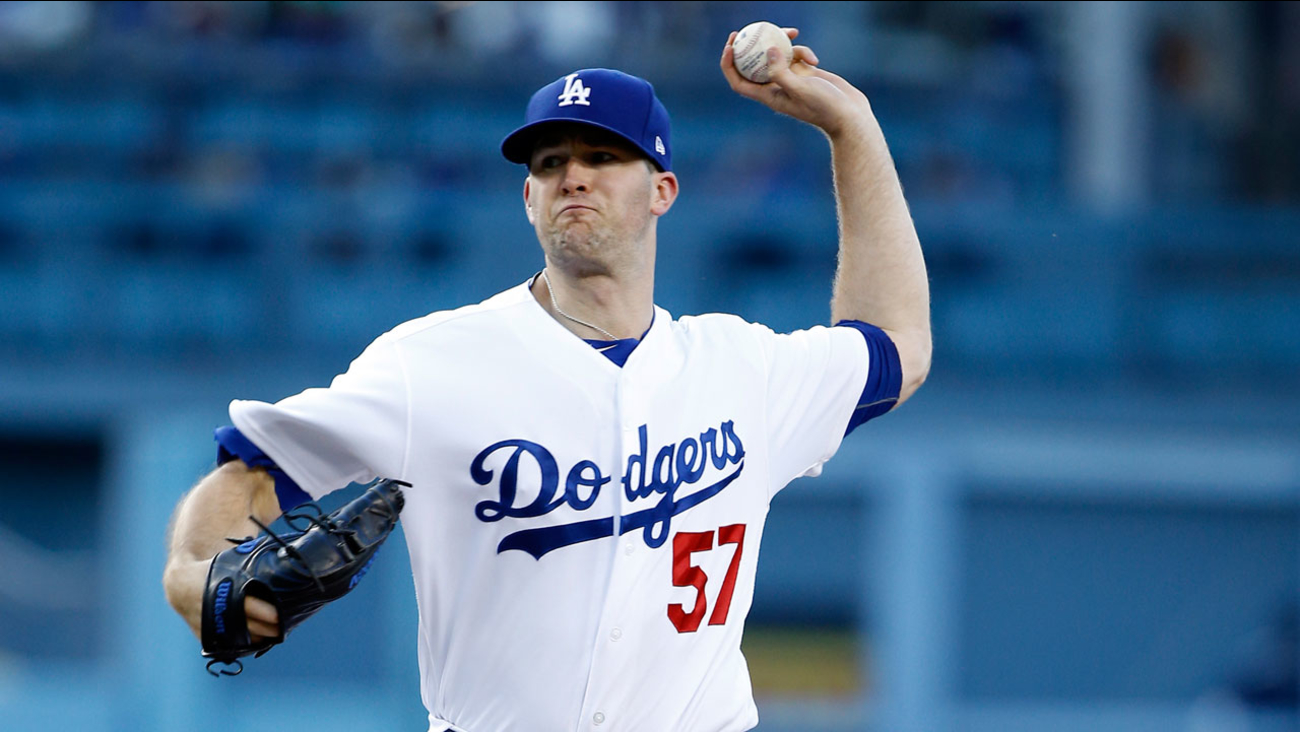 Alex Wood throws to the plate during the first inning of a baseball game against the Arizona Diamondbacks in Los Angeles, Wednesday, July 5, 2017. (Alex Gallardo)

"It'll be cool to even be mentioned with him, so it's pretty neat," Wood said.

Wood is the only replacement to join the National League squad. He's taking the place of teammate Clayton Kershaw, who is the Dodgers' scheduled starting pitcher for Sunday's game against the Royals.

This is Wood's first All-Star selection in his five-year career. The 26-year-old, who has a 1.67 ERA and 97 strikeouts in 80 2/3 innings, joins teammates Cody Bellinger, Kenley Jansen, Corey Seager and Justin Turner on the active roster. The Dodgers' six All-Star selections, including Kershaw, are the most of any NL team.