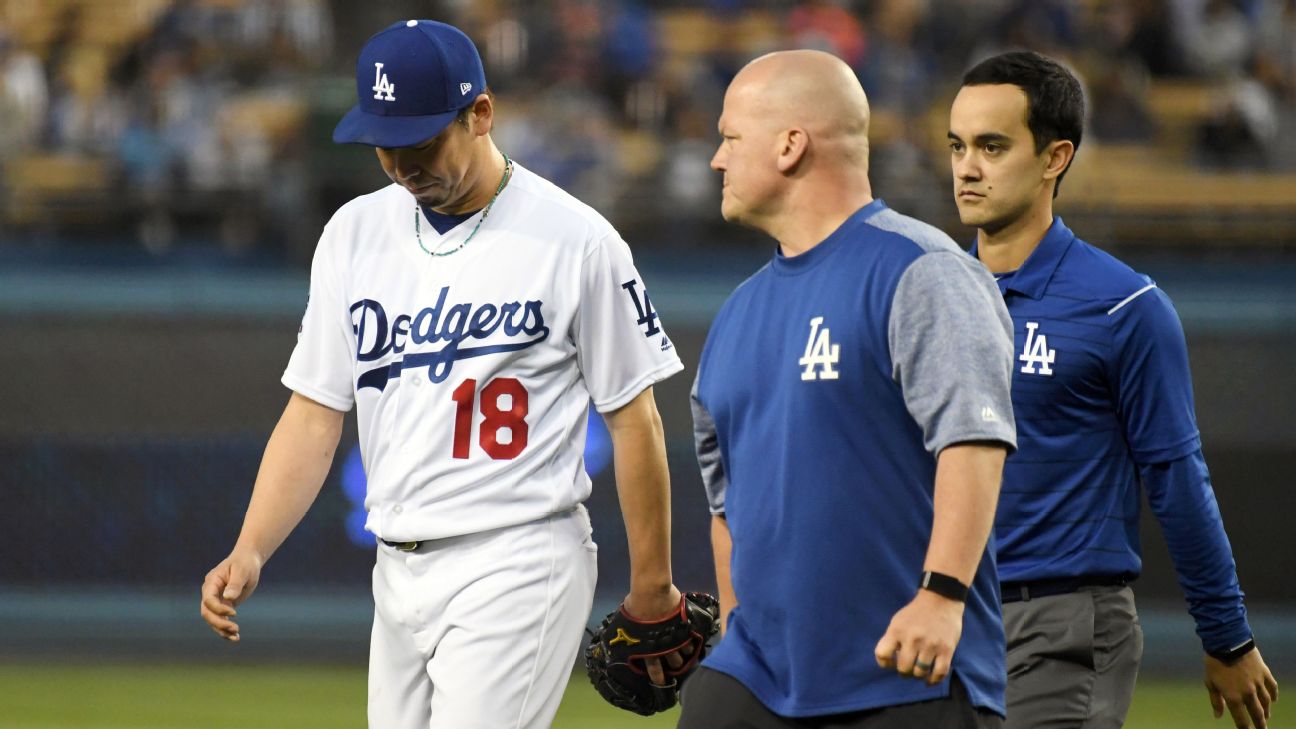 Dodgers manager Dave Roberts said he was unsure when Maeda will be able to return.

The Dodgers also placed second baseman Chase Utley on the DL with a left thumb sprain.

Maeda was removed in the second inning of Tuesday night's 6-1 loss to the Philadelphia Phillies.

Maeda was examined by trainers at the mound after he struck out Jake Arrieta for the second out of the inning. He left the game after only 38 pitches and with a runner on second base.

Maeda allowed two runs, three hits and a walk in 1 2/3 innings. He struck out two.