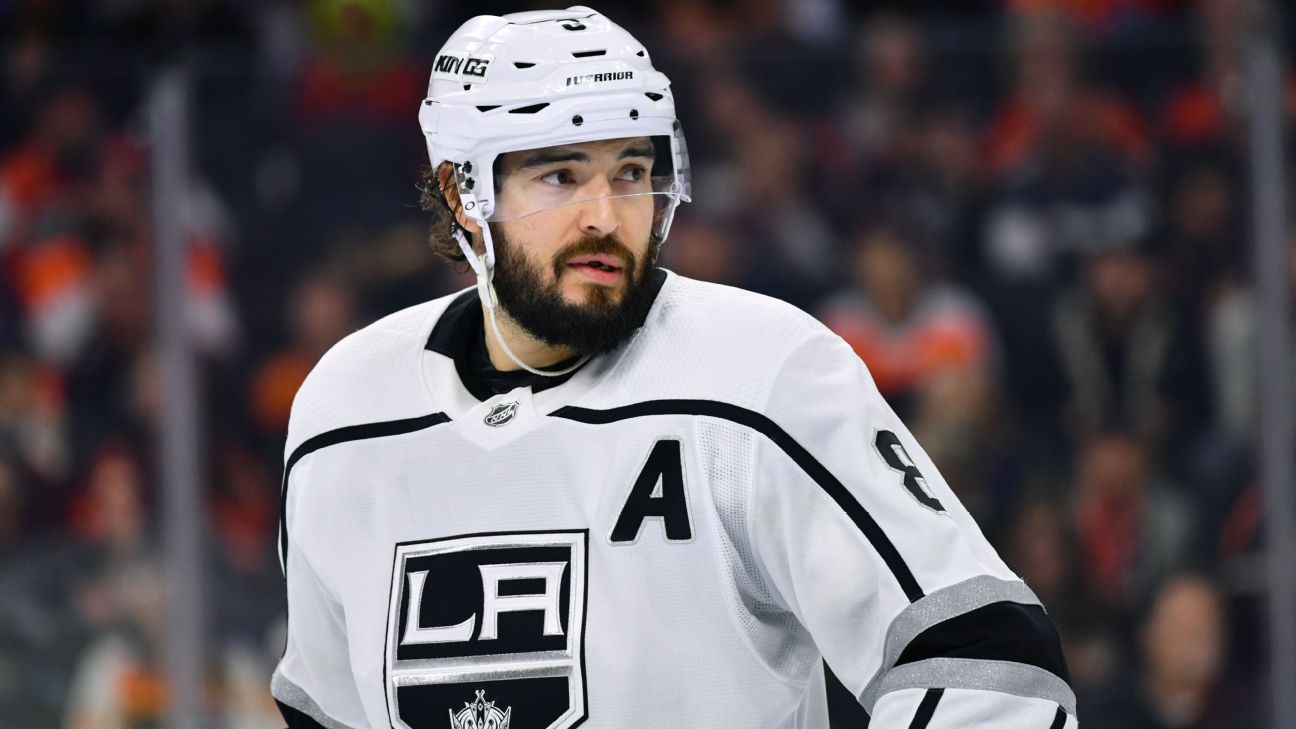 LOS ANGELES -- Drew Doughty isn't the only player on the Kings roster who was disappointed about the team's disappointing run down the stretch. But as they go into a third straight offseason missing the playoffs, the defenseman laid down a challenge to the entire organization.

"As a team, we need to be better and get better," Doughty said. "That's not just on the players."


Going a step further, Doughty said he wouldn't be happy if the team decided to maintain the status quo and not make a big move before training camp started in September.

Doughty is one of four players still on the roster from the team's Stanley Cup runs in 2012 and 2014. The Kings have won only one postseason series since their last title.

Los Angeles goes into the offseason with a deep group of prospects and salary-cap room, which is why some veterans have been vocal about taking the next step.

"With all this cap room, we've got to bring guys in. That's it," Doughty said. "There's no point waiting for these prospects to develop when you've got guys in their prime that are hungry to win and sick of losing."

Los Angeles was within four points of a playoff spot in early April but went 5-10-1 after the trade deadline, including five straight losses to end the season.

That resulted in Los Angeles being tied for sixth in the West Division with 49 points. Asked why his team struggled, coach Todd McLellan said the team's confidence began to wane over the past month.

"We believed for a while we could get there, and then it went away," he said.

Jonathan Quick is likely to be exposed in the expansion draft after Cal Petersen played in 35 games and posted a 2.89 goals-against average.

Petersen, who went 9-18-5 and saved 91.1% of the shots he faced, established more consistency as the season went along and showed that he is ready to take over as the top netminder.

Quick has been plagued by injuries the past couple seasons. He posted two shutouts in February when the Kings went on a six-game winning streak, but durability concerns and a large contract are two reasons why he isn't expected to be protected for the expansion draft.

Anze Kopitar became the fourth player in franchise history to reach 1,000 career points. The forward got off to a great start with 42 points in the first 41 games but had just eight in the final 15.

The Kings often fell behind early, scoring the first goal in only 18 of their 56 games. The power play got off to a strong start the first half of the season before collapsing and ending up 20th with an 18.9% conversion rate.

Los Angeles also struggled all season at even strength, with its 107 goals being tied for third worst.

"The power play was two different seasons," McLellan said. "When it went dry, it caused problems for us."

EYE ON THE FUTURE