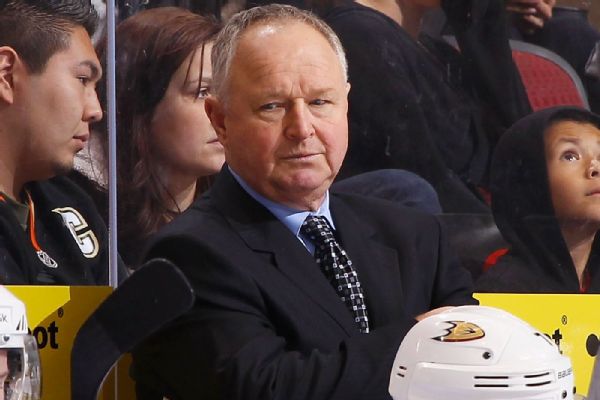 ANAHEIM, Calif. -- Coach Randy Carlyle has received a one-year contract extension through the 2018-19 season from the Anaheim Ducks.

The deal announced Friday also includes an option for 2019-20.

Carlyle began his second stint in charge of the Ducks last year and immediately led the team to its fifth consecutive Pacific Division title. The Ducks also reached the Western Conference finals, losing to the Nashville Predators in six games.

Carlyle is the winningest coach in franchise history and the only Ducks coach to win the Stanley Cup, triumphing in 2007 during his first successful stint with the club.