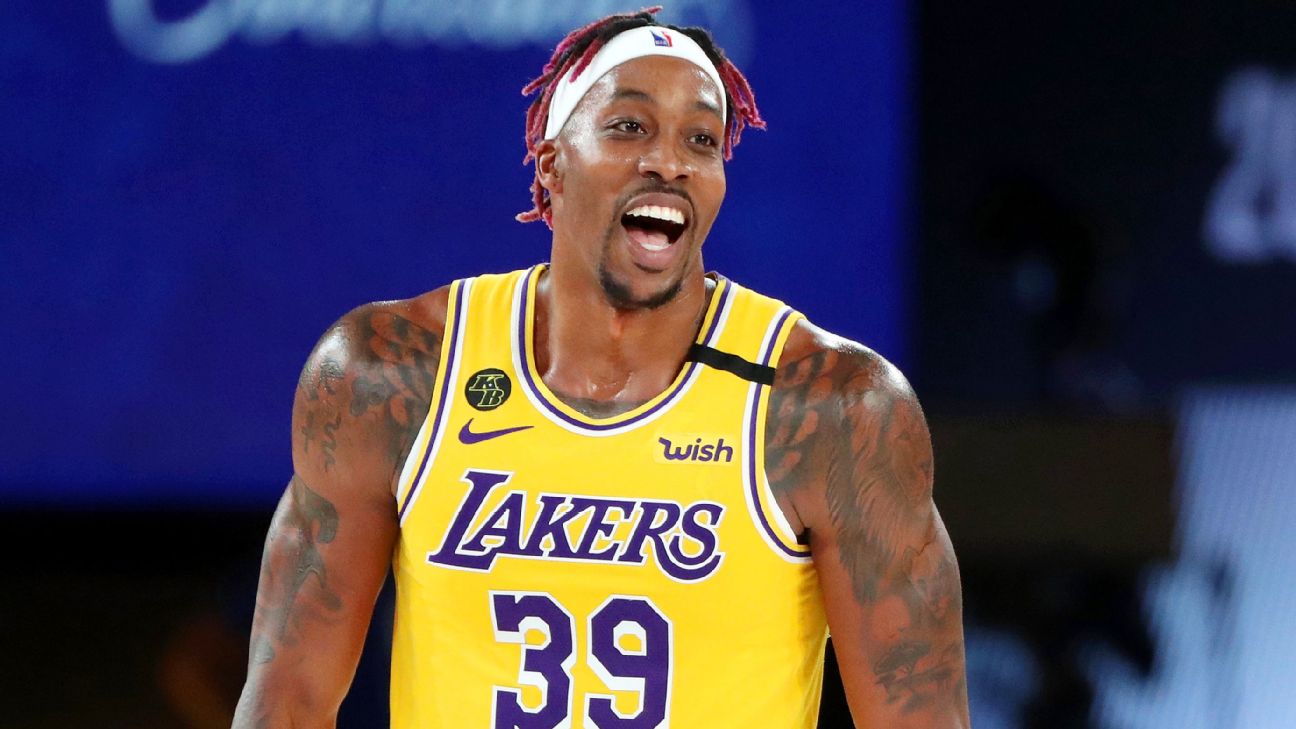 Continuing a theme LeBron James already touched on in a since-deleted tweet putting doubters of the revampedLos Angeles Lakerson notice,Dwight Howard opened up his third stint with the franchise on Friday by saying L.A. has a group of players that has been slighted during its time in the league.

"I think that he has been underappreciated," Howard said when asked about Russell Westbrook, the triple-double machine whom the Lakers officially acquired Friday in a trade with the Washington Wizards. "I think all of us, really, have been underappreciated. But I know that we appreciate each other. We all appreciate what we each bring to the table for this team."


Howard and Westbrook are just two high-wattage names on next season's Lakers, a team that could very well feature six future Hall of Famers between those two, plus Carmelo Anthony and three holdovers from last season's team in James, Anthony Davis and Marc Gasol.

However, outside of Davis, 28, and Westbrook, 32, it's a group full of geriatrics by NBA standards. James and Anthony, for instance, will represent the first time in league history a pair of 19-year veterans have played together, according to ESPN Stats & Information research.

"I just think that if we take care of ourselves off the court, be disciplined with our work ethic, where we're doing everything we can to take care of our bodies, we should be fine," said Howard, who will turn 36 in December. "We've all got to this point for a reason. I don't think we're going to get here and just stop when we have a great opportunity in front of us."

"I think we have new life, all of us coming together and playing, I think it's going to provide new life being able to see who we have on our roster, who's going to be playing alongside of us each and every day. I think we'll have so much energy it will be hard to contain."

Howard teamed with James and Davis to win a championship in the NBA bubble in Orlando, Florida, last October. L.A's repeat bid fell flat, as the Lakers lost three games in a row after holding a 2-1 lead on the Phoenix Suns to get bounced out of the opening round of the 2021 playoffs.


L.A's front office completely overhauled the roster following the Lakers' first-round flameout, trading Kyle Kuzma, Kentavious Caldwell-Pope and Montrezl Harrell and a 2021 first-round pick for Westbrook, and retaining just four players from last season's roster in James, Davis and Gasol -- who were already under contract -- along with Talen Horton-Tucker, who was re-signed to a three-year, $32 million extension.

The Lakers also welcomed back Trevor Ariza and Wayne Ellington to the organization on Friday -- both of whom previously played for the franchise before signing veterans minimum contracts this week to return to L.A. -- and held a news conference for Horton-Tucker, as well as new faces in Kendrick Nunn and Malik Monk.

"We've all played for a long time," said Ariza, 36, who revealed that 20 minutes after Westbrook was traded to L.A. that the fellow UCLA Bruin started recruiting Ariza to join the Lakers. "We've all done things that are pretty amazing by just being in the league for this long. So to see all those minds coming together and all these talents coming together, I think that is going to be amazing."

While Howard admitted it was "very upsetting" to have to sign with the Philadelphia 76ers last offseason after not coming to agreement at the time to stay with L.A., his overall tone upon his return echoed Ariza's hopeful attitude.

"It's something that's really hard to fathom. Just imagine seeing all of us on the floor at the same time, not on an All-Star team, not on the Olympic team, not for a charity game, but for an actual season all of us will be together," Howard said. "That's going to be great. All of our guys are hungry. We want to win. We want to stay in the best shape possible.

"So I think it's going to be an awesome time this year, just having everybody on the floor practicing, going hard and understanding that there's only one mission, and that's to win a championship." 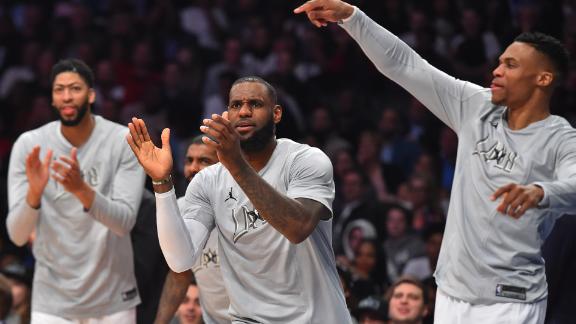