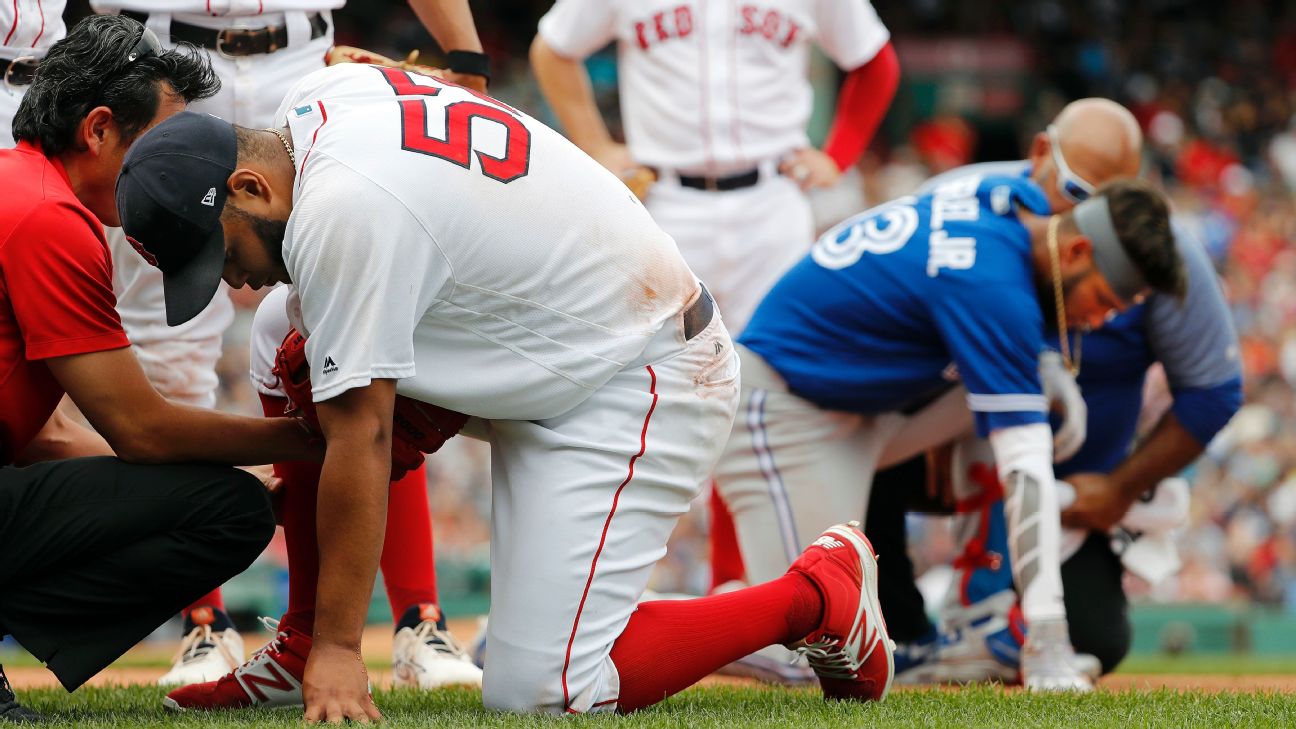 The Boston Red Sox will turn to left-hander Eduardo Rodriguez to start Game 4 of the World Series at Dodger Stadium on Saturday.

Nathan Eovaldi had been scheduled to start, but he was called in to pitch six-plus innings of relief as Friday's Game 3 stretched to 18 innings before the Los Angeles Dodgers won 3-2 on Max Muncy's walk-off homer.

Rodriguez pitched one-third of an inning in Game 3, coming on for starter Rick Porcello with two outs in the fifth inning and striking out Joc Pederson on six pitches.

"I expect him to give us a chance to win. His stuff is trending up. I know he's rested, 94, 95, good changeup," Boston manager Alex Cora said. "He was part of the equation throughout the season and then he got hurt. Then he came back, he has his ups and downs. And he came out of the bullpen a few times in the playoffs and he's been good."

Rodriguez posted a career-low 3.82 ERA in a career-high 27 appearances for Boston during the regular season. He made 23 regular-season starts (12-4, 3.79 ERA) and four relief appearances (1-1, 4.26 ERA). He spent six weeks on the disabled list from July 15 until September with a right ankle sprain.

In the postseason, he allowed three earned runs in 1 innings in Game 2 of the American League Division Series against the Yankees but has allowed only two walks in four appearances since that game.

The Dodgers, who cut the Red Sox's series lead to 2-1 with the victory, will start veteran left-hander Rich Hillafter some initial uncertainty. Manager Dave Roberts said he had been considering using an opener, as Milwaukee did against L.A. in the National League Championship Series, before ultimately sticking with Hill.

"We were just kind of just potentially toying with the idea of an opener, and just kind of wanted to leave it open-ended," Roberts said. "And just after more conversation and thought, just feel great about Rich starting and going through his normal routine."

A day after being left out, left fielder Andrew Benintendi is back in the Boston lineup, batting second, while Jackie Bradley Jr. starts on the bench. J.D. Martinez, who took Benintendi's spot in Game 3, shifts to right field, while Mookie Betts moves to center.

Steve Pearce replaces Mitch Moreland at first base and batting third, while Eduardo Nunez starts over Rafael Devers at third base and hitting sixth.

Muncy, the Dodgers' Game 3 hero, retains his spot in the Dodgers lineup after starting on the bench in the first two games against left-handed starters Chris Sale and David Price. He'll start at second base; he opened the game at first base on Friday.

David Freese is back in the lineup against the lefty Rodriguez -- leading off and playing first -- as is catcher Austin Barnes. 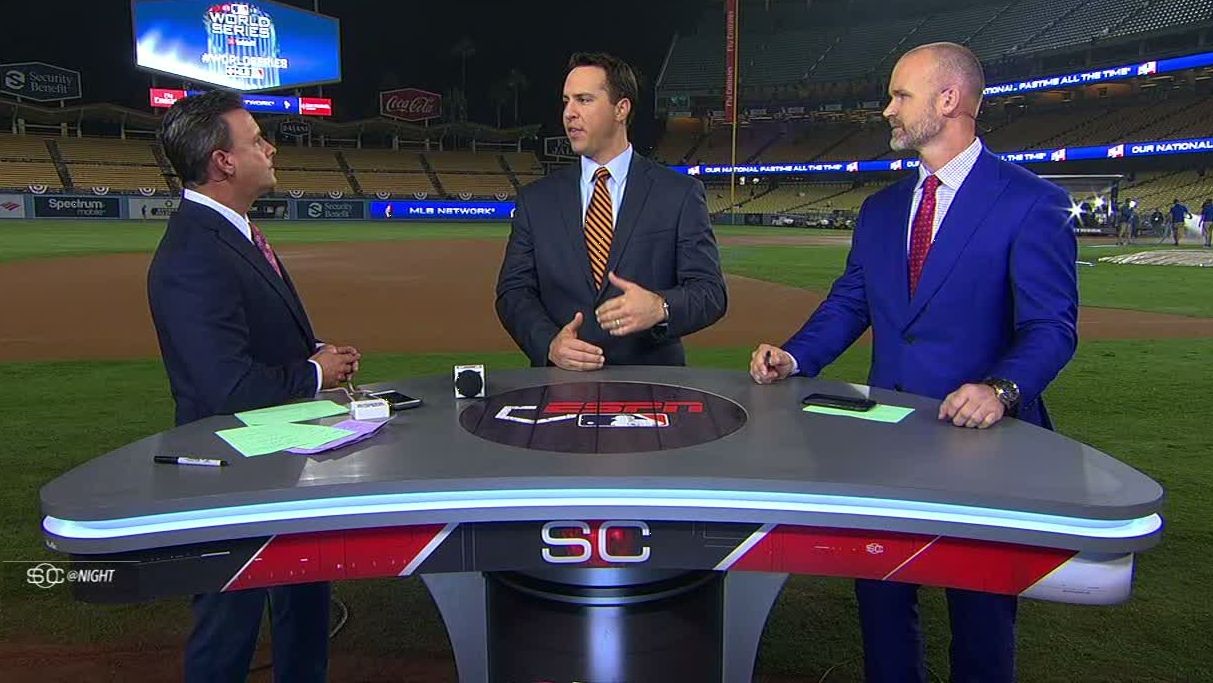 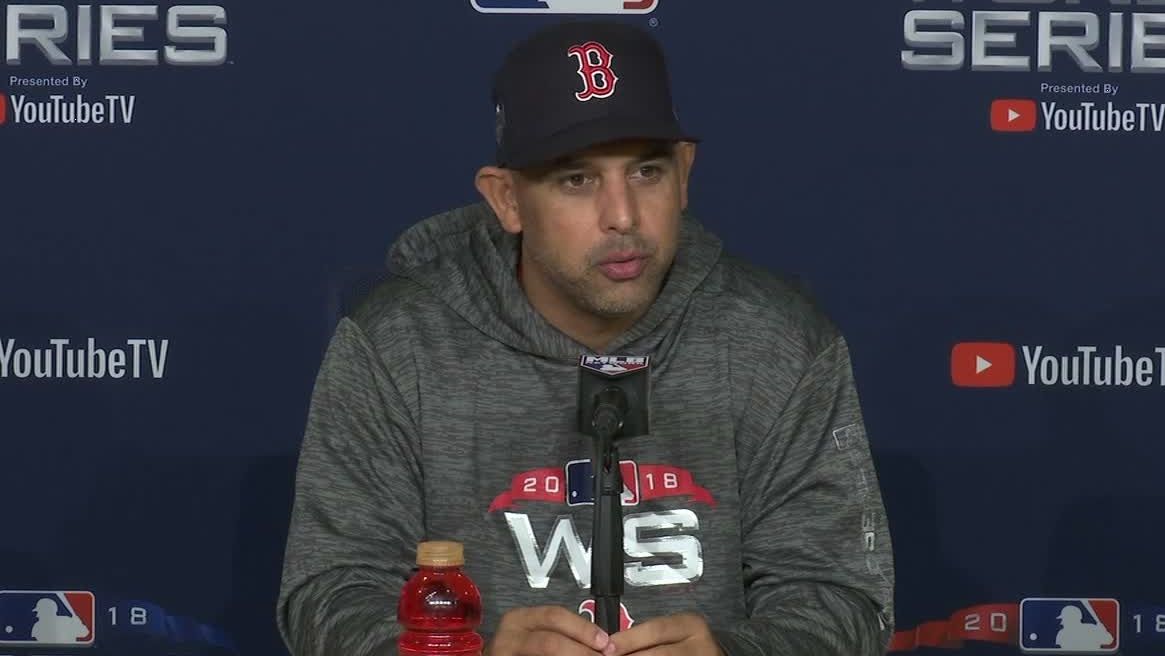