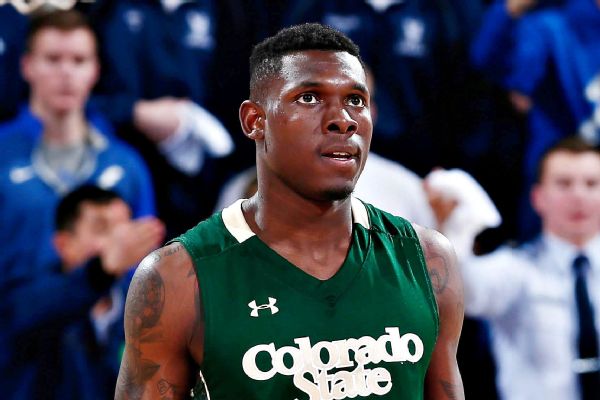 Eustachy told ESPN that Rencher was trash-talking with Colorado State players before and during the game, which New Mexico won 84-71. The game was heated throughout and included a second-half skirmish between the teams that resulted in Rencher and another Lobos assistant being ejected for leaving the bench.

Colorado State senior forward Emmanuel Omogbo, the player involved in the postgame confrontation with Rencher outside the arena, said Rencher directed derogatory, racially charged language at him during pregame warm-ups.

Video taken by the Albuquerque Journal showed that a postgame confrontation took place as Rencher was standing by the New Mexico team bus and Eustachy and Omogbo were walking to their cars.

"After the game, walking out of the athletic center towards home, the same New Mexico coach was standing right outside the door, and we made eye contact, and he smirked at me and said, 'Take that L, boy,' and after that I exploded," Omogbo told ESPN. "After that, both the coach and myself exchanged words back and forth until Coach Larry Eustachy intervened, and I continued walking home."

In a statement released later Saturday, the MWC said it has already contacted both schools and that it was reviewing the confrontations that took place both inside and outside the arena.

Eustachy told ESPN the acrimony between Rencher and Omogbo began last season, when Rencher was trash-talking during that game.

In video captured by the Journal, Eustachy is seen holding back and trying to calm Omogbo as he and Rencher have words. Eustachy said his wife, Lana, at one point reminded Rencher of the hardship Omogbo experienced last January, when Omogbo's parents and two other family members were killed in a house fire.

A Mountain West spokesman told ESPN that the two programs were asked not to comment about the incident, but New Mexico issued a statement Sunday nonetheless.

"As an institution, we have been asked not to comment regarding the incidents that happened during and following our game at Colorado State while the Mountain West conducts a review," it read. "While we welcome this review by the MW Office several early reports on the matter are blatantly false and we believe the situation should be corrected immediately. First, while both Coach Terrence Rencher and Coach Chris Harriman were ejected from the game for leaving the bench, they did so during a stoppage in play. It is clearly seen on video that they were diffusing a potentially volatile situation and making sure the UNM players on the court did not get involved.

"Secondly, it has been reported by multiple outlets that Coach Rencher laughed when he was asked if he understood the personal tragedy faced by Emmanuel Omogbo in the past year. That is categorically false, and video and eye witness accounts have confirmed the inaccuracy. We believe that the false accusation of such a heartless act needed to be addressed immediately. While we are concerned and frustrated by the events of yesterday, the false accusations called for our immediate comment as we await the report from the Conference."

"My assistant didn't do anything wrong, and I stand by that," Neal said in the text.

Rencher and New Mexico assistant Chris Harriman were both ejected with 2:10 left in Saturday's game for leaving the bench.

According to the Coloradoan, their departures came after an on-court skirmish between the teams that was sparked when New Mexico's Joe Furstinger floored Colorado State's J.D. Paige with a blind screen. Furstinger made a "Hulk-like pose" after the play, then bumped teammate Anthony Bonner as they made their way down the court, according to the newspaper. Words were exchanged, Colorado State'sPrentiss Nixonand New Mexico's Obij Aget were both given technical fouls, and Rencher and Harriman were ejected.

"It was a clean play," Eustachy said. "He just ran into a screen; it was as simple as that. But this started before the game with just some things that we don't do, and we got caught up in the moment."

Eustachy said Harriman later apologized to him, telling him that he had respect for him and would never say anything derogatory toward one of his players.

Rencher played at Texas and has been an assistant coach at Texas State, Tulsa and Sam Houston State. He has been on Neal's staff at New Mexico since 2015. 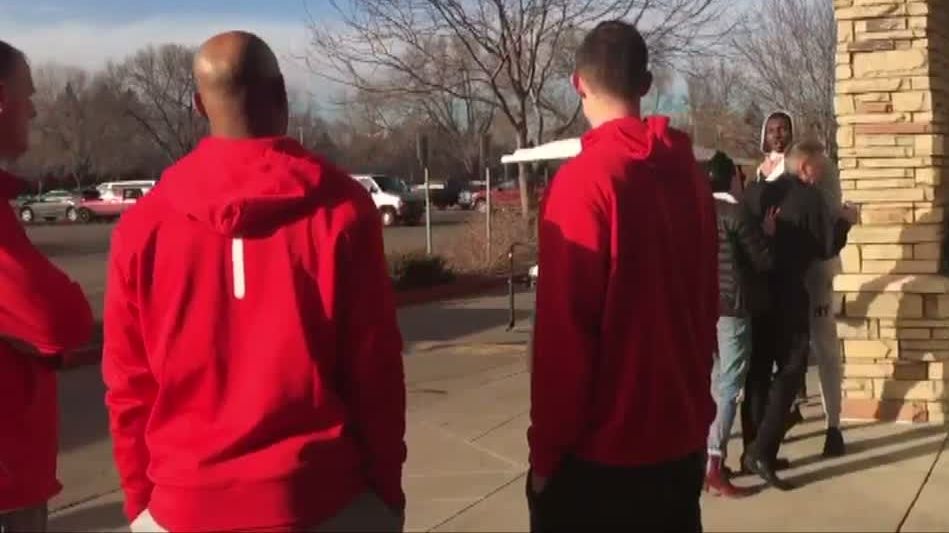