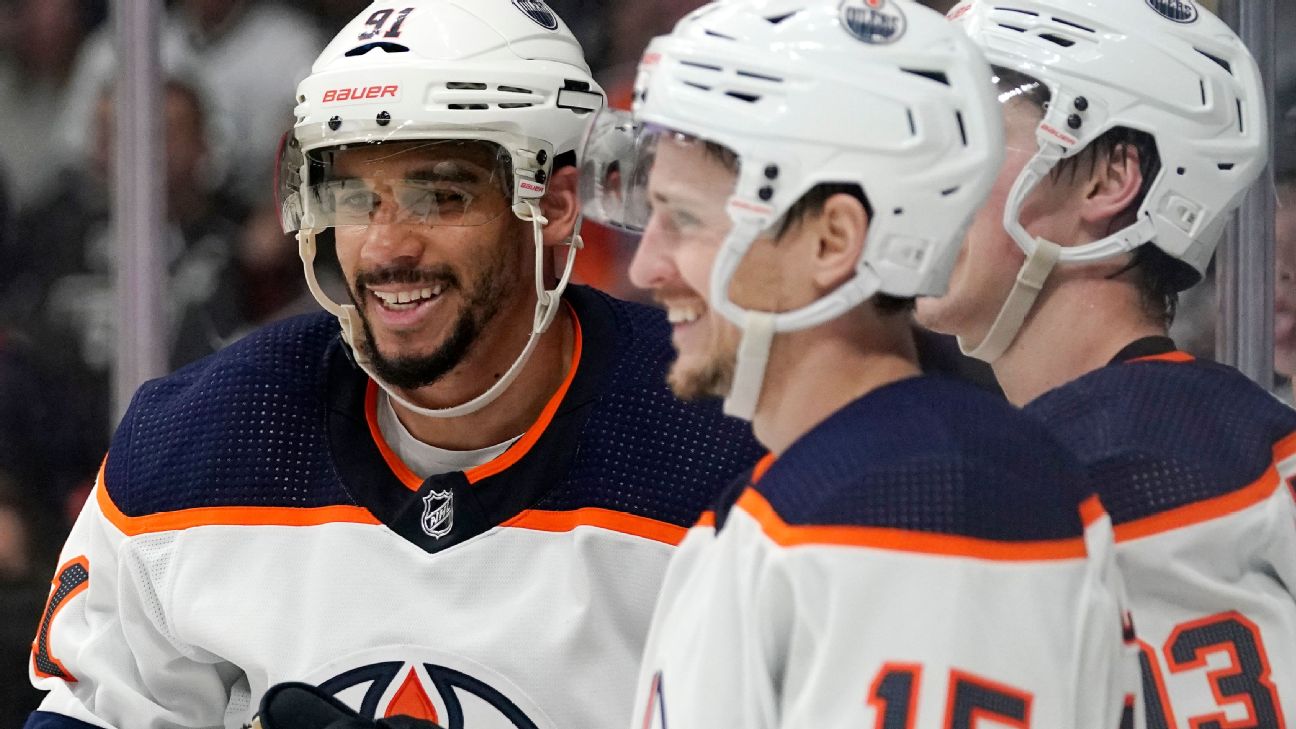 Kane currently leads all playoff scorers with five goals and is tied with Toronto Maple Leafs forward Mitchell Marner and his Edmonton teammate Connor McDavid for the playoff lead with six points.


"He just seems to be in the right spot and finds a way to put it in the back of the net," said McDavid of Kane.

The game continued Kane's strong season on the ice with the Oilers. He had 39 points in 43 games in the regular season.

Off the ice, his season was marred with controversy. Kane signed with the Oilers as a free agent in January after the San Jose Sharks terminated his contract for what they claimed was a violation of COVID-19 protocols. That followed a 21-game suspension from the NHL, also for violating the League's COVID-19 policy.

At the time of Kane's suspension, the NHL also was investigating allegations of domestic assault made by his estranged wife, Anna Kane, from a divorce filing, but those charges "could not be substantiated." Kane also was accused by Anna Kane of betting on NHL games, including his own with the Sharks. The NHL investigated those claims and cleared Kane.

"The beginning of the year was very tough, with a lot of things going on in my life. Real credit to my family for helping me through everything," said Kane, who added that his uncle Leonard was currently in the hospital with an undisclosed ailment.

Oilers coach Jay Woodcroft said that Kane has been an asset since he arrived in Edmonton.

"He's paired up with Connor. When you pair a finisher with the best player in the world, good things are happening," he said. "But I also think he has really good habits in his game. He does really good things. He goes to hard areas. He's physical. He's a been a real good addition for us. He's a big part of why we're (here)."

After dropping Game 1, the Oilers have now won two straight games and have outscored the Kings by a wide margin in those wins.