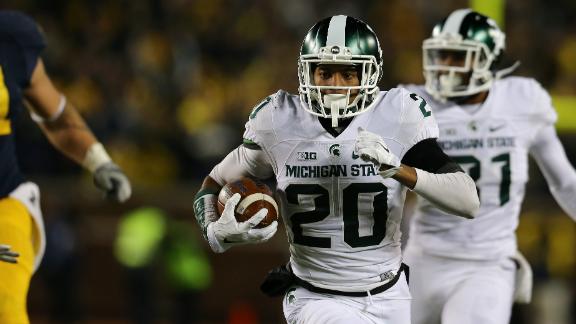 Former Michigan coach Brady Hoke said he would not have punted on fourth down against Michigan State.

"Personally, if we have the No. 1 defense in the nation, I'm going to test those guys," Hoke said Tuesday on his SiriusXM College radio show. "You've got to play to the strength of your football team, and the strength of the Michigan football team all year long has been their defense."

Michigan State shocked Michigan 27-23 on Saturday, when the Wolverines couldn't get off a punt with 10 seconds remaining and the Spartans' Jalen Watts-Jackson returned the fumble for a touchdown as time expired.

Hoke gave credit to the Spartans for forcing fourth down. He said he would have given the ball to running back De'Veon Smith on fourth down and "challenge your offensive line" or pass to run four or five seconds off the clock.

"I know it's easy from where we sit right now," Hoke said. "I've been on the sideline and had to make decisions. I went for two against Ohio State two years ago [and lost] because Devin Gardner has a broken foot and [I] didn't think the defense was playing as well as needed."

Hoke was sympathetic to his former Michigan players.

"It was one of those games, No. 1, you feel for those kids," Hoke said. "You really feel for them because that's a tough way to lose a game. It's heart-wrenching, and it's against one of your biggest rivals."

Hoke was fired as Michigan's coach last year after four seasons and a 31-20 record. He was replaced by Jim Harbaugh. 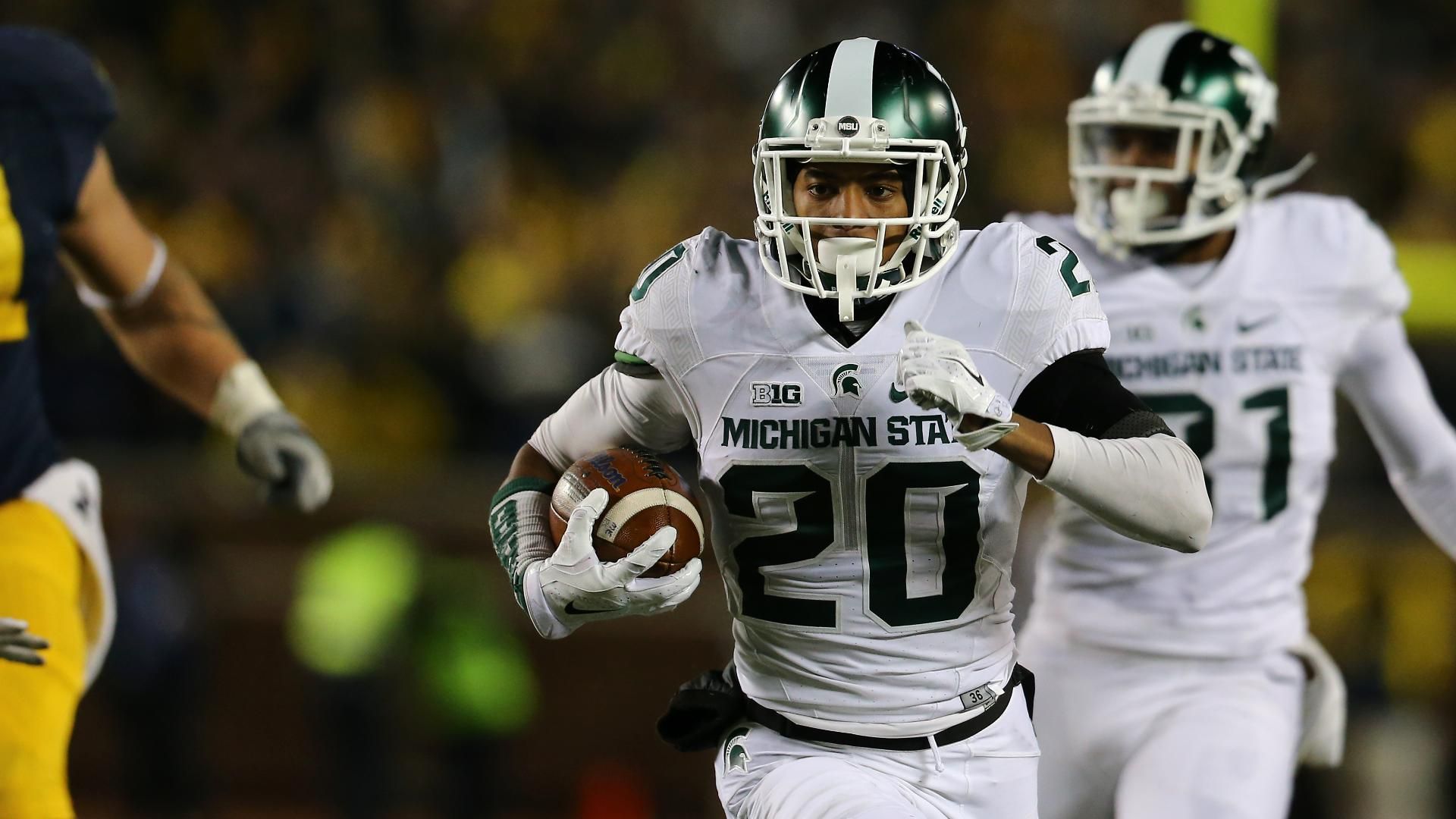