Gruden: Brown can be an 'all-time' great Raider 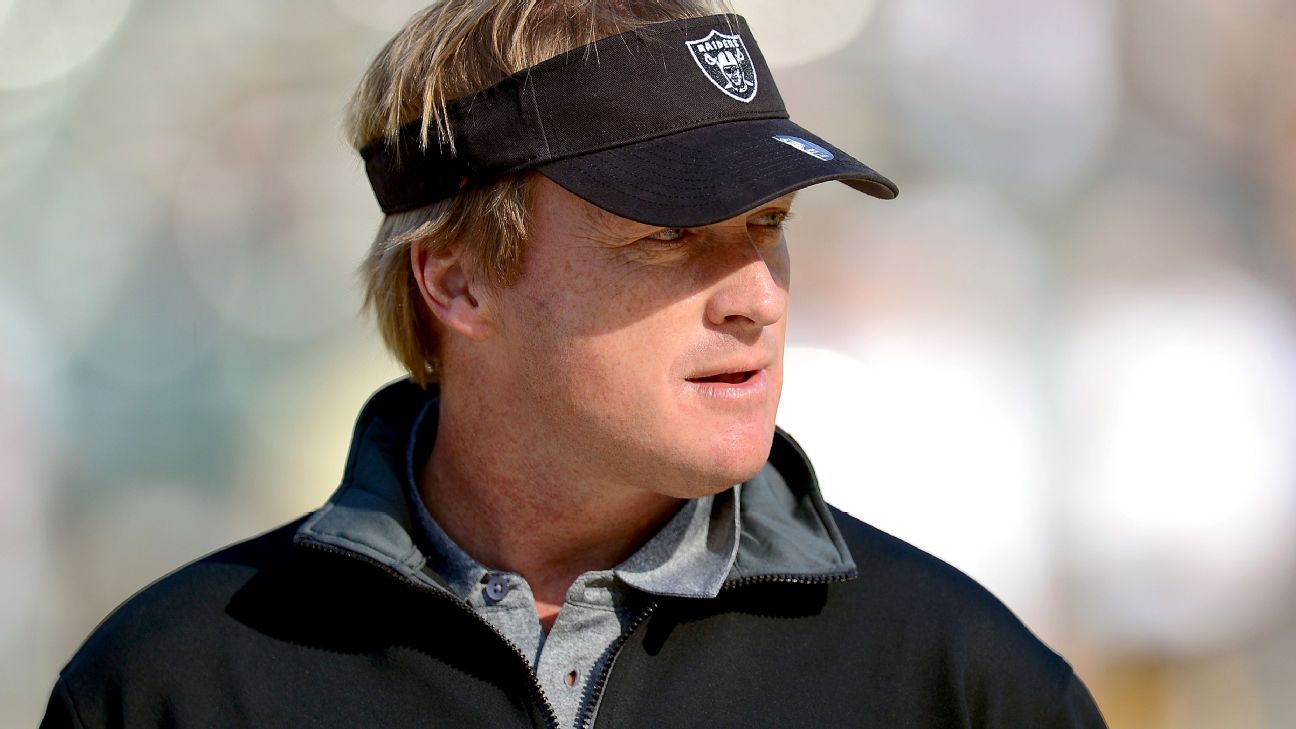 PHOENIX -- Sure, Jon Gruden is aware of the purported baggage that Antonio Brown is bringing with him in the wake of his unceremonious exit from the Pittsburgh Steelers.

But the Oakland Raiders coach insists it is a moot point after trading a third- and fifth-round draft pick for the four-time All-Pro wide receiver on March 13.

"I have no problem with him," Gruden said Tuesday during the coaches breakfast at the NFL owners meetings. "You've got to be kidding me. To get Antonio Brown? I'd walk to Pittsburgh to get him. I don't have any problem with one aspect of Antonio Brown. I don't know who does or why they would."

Up until the past two months or so of Brown's nine-year tenure in Pittsburgh, he had been seen as a model teammate. But then locker room infighting and an apparent feud with Steelers quarterback Ben Roethlisberger preceded Brown not showing up for work during last season's final week.

Brown demanded a trade and seemed to be headed to the Buffalo Bills,before that deal fell apart and the Raiders stepped in, making Brown the highest-paid receiver in league history, as he received $30.125 million guaranteed over three years of a reworked contract.

At his introductory media conference, Brown referred to Gruden as a father-figure type.

"Some coaches, they don't have to know your family, it could just be all business," Brown told ESPN that day. "With Mr. Gruden, him knowing my family, embracing my family, just made the transition way more easy for me and comfortable for my family. That's the type of people you want to work and play for -- people who embrace your family. Treat you like family. And make their family your family.

"If I know your family and you know my family, there's more and more of a responsibility to give your best. And more of an accountability. I'm just excited to be here. Grateful for Mr. Gruden giving me the opportunity. I'm excited about the process of being here as an Oakland Raider their last year in Oakland. To know that I have a part in that being on that team. I'm trying to put a stamp here -- and get fans excited."

Many Raiders fans worry that Brown, who has had an NFL-record six straight seasons with at least 100 catches, is more Randy Moss than Jerry Rice when it comes to joining the team.

While fans might see Moss in Brown, Gruden sees Rice in Brown, and the coach wants to get Brown and Rice together on The Hill -- the San Francisco Bay Area incline on which Rice would famously train in his playing days and where he still works out.

"He plays his best football in big games," Gruden said of Brown. "Last time I was [coaching] in Oakland, we had Jerry Rice and Tim Brown on the same team. It was a lot of fun. I'm really excited, personally, to join forces and coach Antonio Brown. It's a great responsibility, one that I don't take lightly.

"The guy's enthusiasm to play is unlike most guys I've met. When I sat down with him, I didn't want him to leave. ... I like guys that will play a doubleheader. Brown would like two-a-days [practice], like they used to be. He would like to run on that hill with Jerry Rice, I promise you. And he'd finish that hill with him. Might beat him up The Hill. That's what I'm going to try to get done; I'm going to try to get Rice and Antonio Brown to run that hill."

Brown has long been seen as one of the hardest workers in the NFL. And not just in games.

His practice regimenoften is mentioned right next to his career line of 837 catches for 11,207 yards and 74 touchdowns. Which is why Gruden, who has a conservative offense, anticipates Brown expanding the playbook.

"I just love the guys that bring it every day ... he's going to challenge everybody. Me included."

The Raiders have a long and storied history of giving so-called problem players second chances. Gruden said Brown can be "one of the great Raiders of all time," if things work out.

"I don't know how he was handled [in Pittsburgh]. All I know is Antonio and I -- I've got to earn his trust, we've got to work on our relationship. That's about to start. I'm excited to help him continue his career playing at a high level. That's all I'm going to say."

And yet, the Raiders' massive rebuild and much-lauded free agency this spring would not have been possible without the much-derided trade last season of All-Pro edge rusher Khalil Mack. In fact, Gruden claimed the Raiders would not have been able to pick up Brown, offensive tackle Trent Brown, receiver Tyrell Williams, safety Lamarcus Joyner or linebacker Vontaze Burfict without that trade, which was lauded by MIT and 2017 Nobel Prize award for economics winner Richard Thaler as the best transaction of the season.

"I think it was the only award we got last year," Gruden cracked.

"I'm not going to sit here and say that I didn't cry for three days. I wanted to coach Mack. And Mack knows it. Wish him the best, but we have a lot of work to do with this football team, and that trade allowed these acquisitions that we're talking about today."

"It's painful to lose Jared Cook and Osemele and Mack and Cooper," Gruden said. "Painful. Hated it. But it's part of the assembly that we have decided here that gives us the best chance to win.

"We've got to keep building and digging, and we'll get what we deserve in the end." 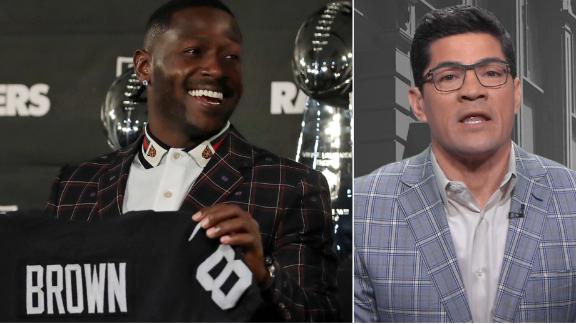