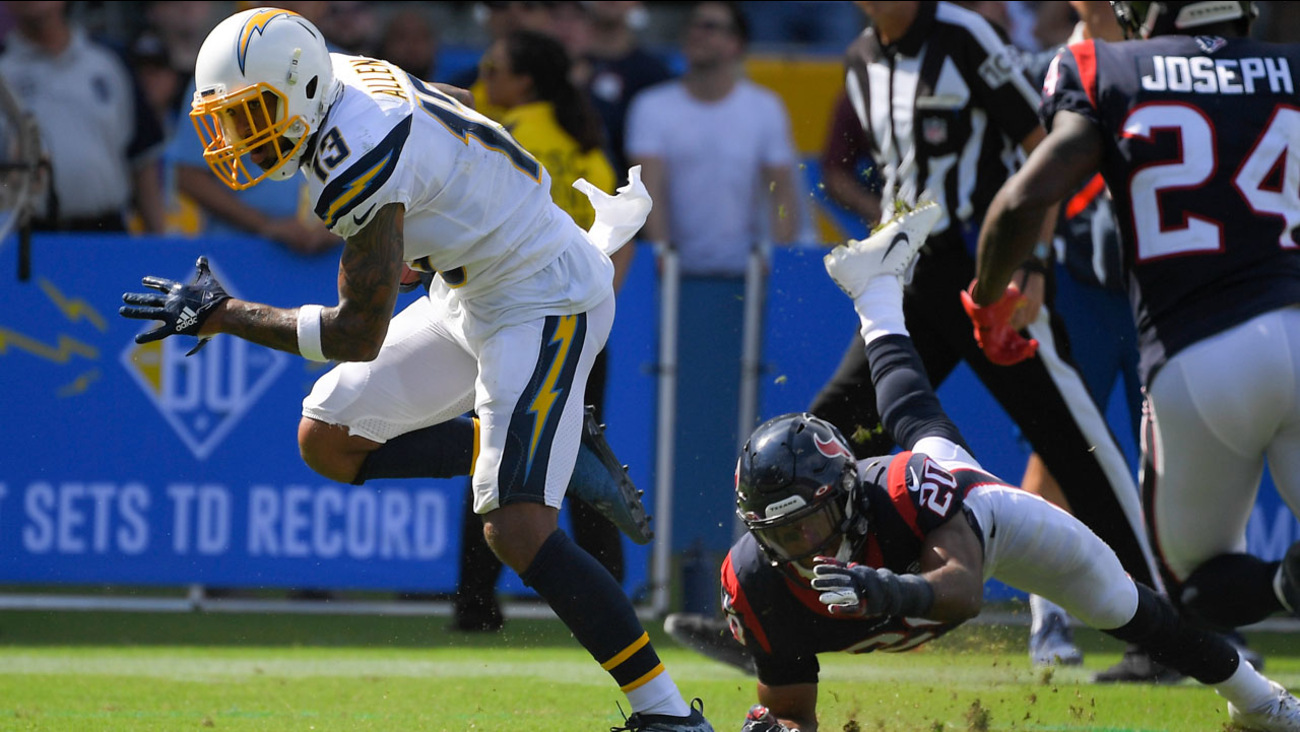 CARSON, Calif. (KABC) -- Despite a strong early start from the Los Angeles Chargers, they fell short in their game against the Houston Texans in Carson Sunday. The final score was 27-20.

The Chargers lead Houston 17-7 at halftime on the strength of Keenan Allen's two touchdown catches but the Texans rallied from a 10-point halftime deficit heading into the fourth quarter.

Deshaun Watson led two scoring drives for the Texans in the third quarter, passing for 116 yards. Carlos Hyde capped the first drive with his first rushing TD for his new team, and Jordan Akins caught a 15-yard TD pass.

Early in the game, the Chargers started with contributions from the running back duo filling in for holdout Melvin Gordon.

Justin Jackson rushed for 32 yards and had a touchdown taken off the board by a holding call, while Austin Ekeler had five catches for 31 yards.

The Texans started slowly on offense, but a 38-yard gain on a flea flicker nearly doubled their total yards. Deshaun Watson then found tight end Darren Fells for a TD, trimming Los Angeles' lead to 10-7.