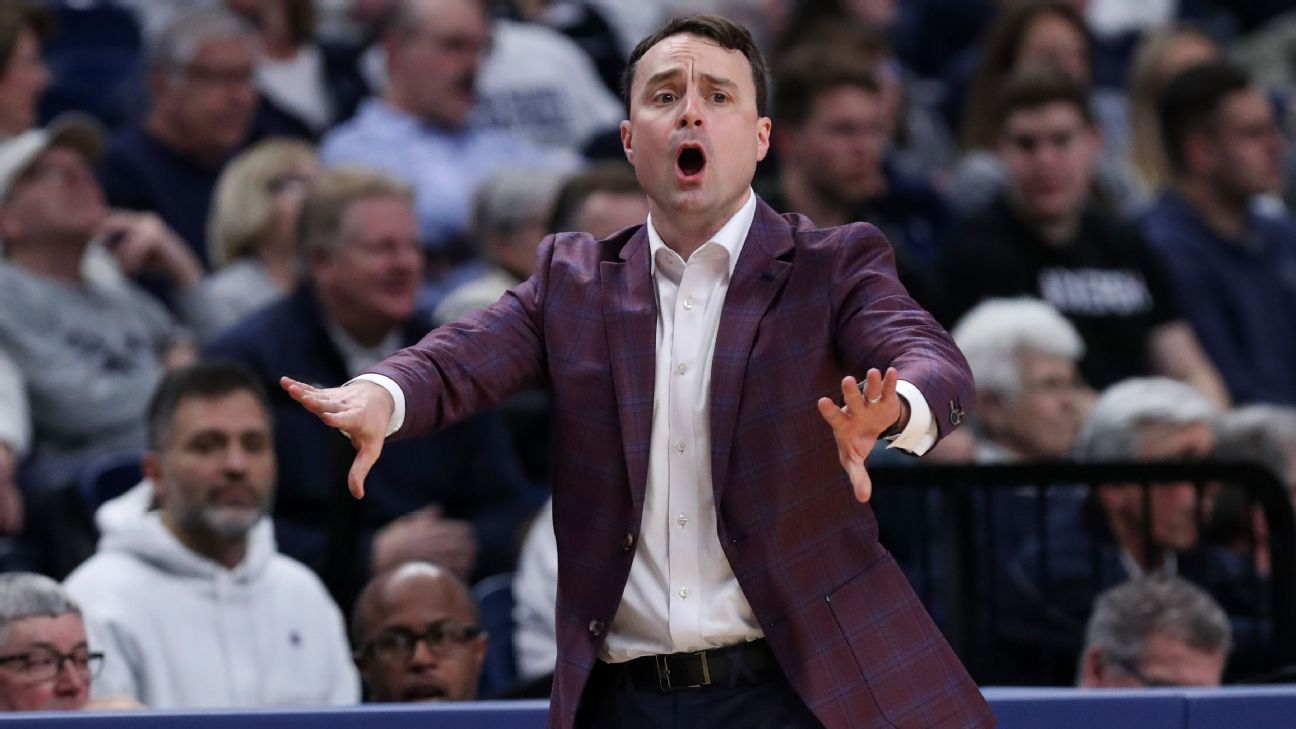 Some readers might feel that 68 teams is way too many for the NCAA tournament. Maybe they think a field that size waters down the regular season, compared to a more limited playoff structure like the College Football Playoff. Well, don't tell 2020 bubble teams like Cincinnati or Indiana that regular-season games don't matter. In fact, the Bearcats and Hoosiers will participate in two of the biggest games of the week, according to BPI's Bubble Factor.

While tournament leverage is a fascinating metric, it doesn't tell the whole story of the importance of a game. Take Saturday's Virginia-Louisville matchup, for instance. Louisville's postseason is not really riding on the game, and BPI doesn't expect the game to be competitive -- Virginia has only a 15% chance to win. The game is still important for the Cavaliers -- their chances of making the NCAA tournament increase to 76% with a win but would drop to 57% with a loss -- though all the importance is on one side.

Enter Bubble Factor, which takes into account the leverage for both teams, and how competitive BPI projects the game to be. Which brings us to our three biggest bubble factor games ...

Joe Lunardi has Cincinnati in the Next Four Out category in his latest Bracketology, while the BPI Bracket Predictor gives the Bearcats a 59% chance to make the tournament. A victory on the road against a projected tournament team such as Wichita State would boost Cincinnati's tournament chances to 71%. A loss, meanwhile, would drop the Bearcats to 53%.

While Wichita State is currently in the tournament field, BPI projects the Shockers to finish 6.1-5.9 in their final 12 regular-season games, which would put them in danger of slipping to the bubble. Wichita has 11 leverage points riding on this game -- a win doesn't help the Shockers much here, but a loss certainly hurts.

This is the second-biggest bubble game left this season, per the Basketball Power Index (VCU at Richmond on Feb. 15 currently stands at No. 1). BPI slightly favors Purdue at a 55% chance to win. Lunardi currently projects 11 Big Ten teams for the NCAA tournament -- plus Minnesota lurking in the First Four Out. Eleven teams from the Big Ten would tie the 2011 Big East for the most ever. Due to projected bid steals and cannibalization from conference play, BPI is a little more pessimistic, projecting 10.1 Big Ten teams to make the tournament. In any event, this game will have a significant impact on whether the Big Ten gets 11 or 12.

While Indiana currently has a much better résumé than Purdue per Strength of Record (SOR), the Boilermakers are a much better team per predictive metrics such as BPI and KenPom. Due to Purdue's projected 4.8-3.2 record versus Indiana's projected 3.8-5.2 record in their next nine games, BPI Bracket Predictor gives Purdue a better chance to make the tournament than Indiana.

BPI does not currently view either of these teams as favorites to make the tournament, but the fact that both have a realistic chance to get there is of interest to Bubble Factor.

USC has overperformed by going 4-0 in games decided by five points or less. These victories are largely the reason why SOR and Lunardi would both place the Trojans in the field if the season ended today. Despite the close-game success and the presence of potential NBA lottery pick Onyeka Okongwu, USC is 62nd in BPI and 66th in adjusted net efficiency. Those numbers paint the Trojans as a team that has not quite played like a tournament team and is in danger of losing a few games and slipping to or beyond the bubble.

Arizona State definitely needs to pick things up, and a win over the Trojans would provide a needed jump-start to finish the season. BPI favors the Sun Devils in six of their final nine games, including this one. If it can win a few close games, as USC has been able to so far, Arizona State can start dreaming bigger.
Report a correction or typo
Related topics:
sportsespnindiana hoosierscincinnati bearcatspurdue boilermakerswichita state shockersarizona state sun devilsmens college basketballusc trojans
Copyright © 2020 ESPN Internet Ventures. All rights reserved.
More Videos
From CNN Newsource affiliates
TOP STORIES