Inside the Dodgers' wild run of walk-off comebacks 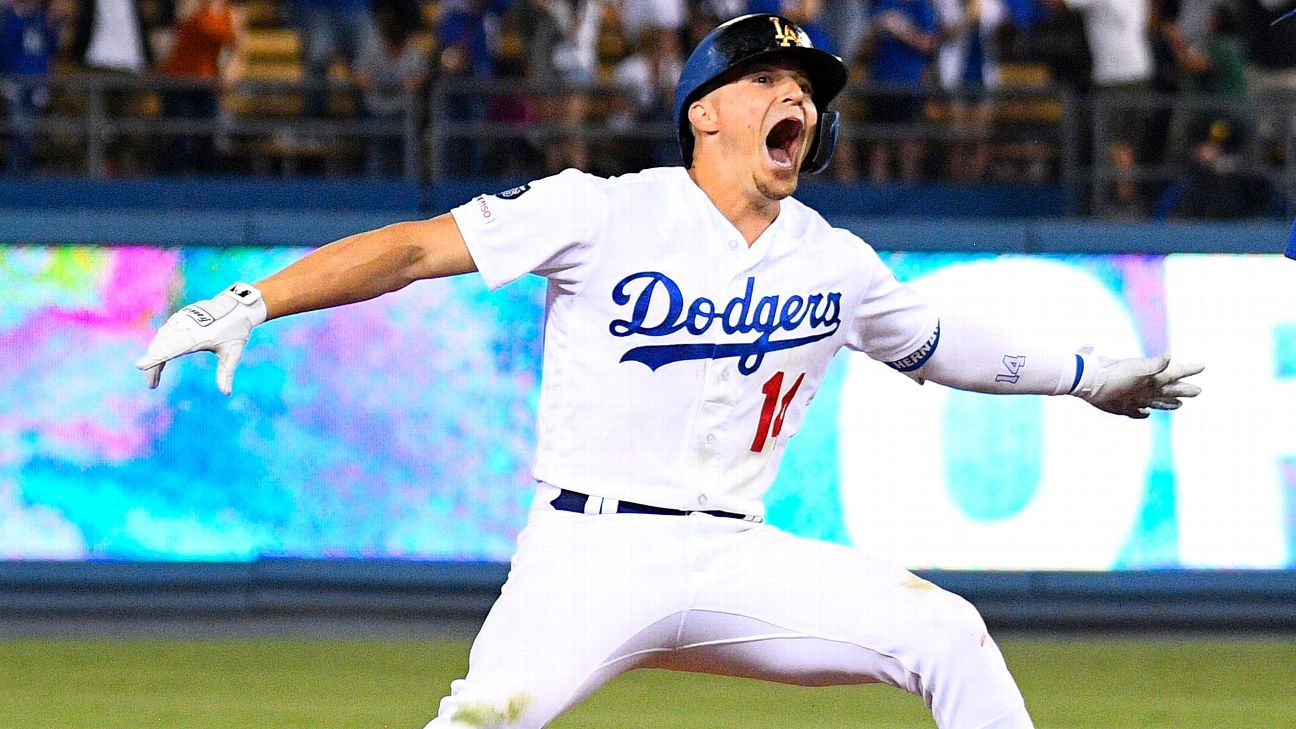 It has pretty much become a matter of not "if" but of "who" and "how" this season at Dodger Stadium.

On Thursday night, "who" wasEnrique Hernandez, with assists from Corey Seager and Cody Bellinger (who else?), as the Los Angeles Dodgers pulled off their latest walk-off win, overcoming a 2-0 deficit with three runs in the bottom of the ninth to beat the Toronto Blue Jays 3-2.

It was not only the Dodgers' 12th walk-off win of the season (and second in two nights), but also the seventh time they have won when trailing entering the bottom of the ninth.

A few nuggets from ESPN Stats & Information about just what that means:

-- The Dodgers' seven wins when trailing entering the bottom of the ninth are the most such wins by any team in a season since 2009. No other team this year has more than three.

-- The Dodgers improved to 51-16 at home this season. Their .761 winning percentage would be the best in a season since the 1998 Yankees.

The Dodgers trailed 2-0, and had just one hit -- a single by pitcher Kenta Maeda -- entering the bottom of the ninth. Max Muncy led off with a walk against Toronto's Derek Law. Following a Justin Turner line out, Bellinger doubled to put runners on second and third, and Seager's two-run double tied it. Hernandez followed with a soft liner to center for his first career walk-off hit, on his bobblehead night no less.

The Dodgers trailed 1-0 as Jack Flaherty and Giovanny Gallegos limited the Dodgers to five hits in the first eight innings. With one out in the ninth, Andrew Miller hit Seager with a pitch. Carlos Martinez then came in for St. Louis and gave up a single to pinch hitter Will Smith. Following a strikeout, a Martinez wild pitch put runners on second and third, and Russell Martin singled on a 98 mph fastball to score two for a 2-1 L.A. win.

The Padres scored twice in the top of the eighth to take a 10-7 lead, but L.A. cut it to 10-9 entering the ninth. With one out, Muncy ripped his fourth hit of the night, a two-run, walk-off double off San Diego closer Kirby Yates, who had an ERA just north of 1.00 at the time. "It never gets old," Muncy said after the celebration.

The D-backs took a 4-3 lead in the top of the ninth, but Hernandez led off the bottom of the inning with a double and scored on a single by Matt Beaty to tie it. Then with one out in the 10th, Bellinger hit his second homer of the night, giving the Dodgers a walk-off win in their fifth straight home game.

After the Diamondbacks' Greg Holland got two quick outs with the Dodgers trailing 4-3, Arizona's win probability got as high as 97.9%. Then things unraveled for Holland, who walked four straight batters to force in the tying run. T.J. McFarland was called on to clean up the mess but walked Bellinger on six pitches to bring home the winning run.

The Reds went up 3-2 in the top of the ninth, but after Cincy closer Raisel Iglesias issued a leadoff walk to pinch hitter David Freese, Pederson ripped a two-run homer to right, setting the tone for what has become a walk-off on the wild side this summer at Dodger Stadium. 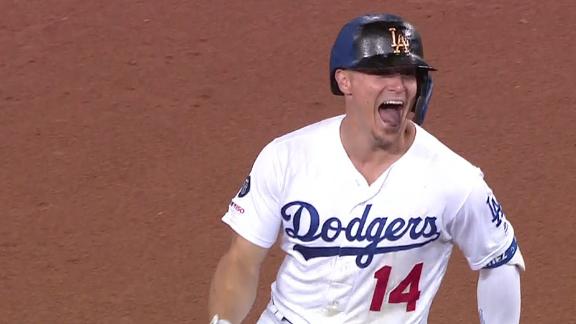