Jake Arrieta: Worth more than Strasburg, won't give discount to Cubs 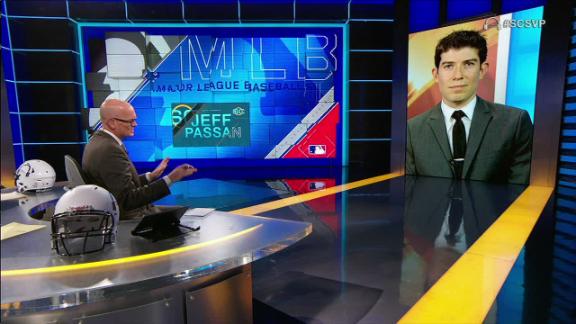 CHICAGO -- Reigning Cy Young Award winner Jake Arrieta on Wednesday hinted that he's worth more than the $175 million deal given to Stephen Strasburgand said he's not ready to give a hometown discount to stay with the Chicago Cubs.

"I'll let you judge that," Arrieta told reporters Wednesday morning about what he believes his market to be. "Just look at the numbers."

Strasburg, who signed his seven-year extensionwith the Washington Nationals on Tuesday, has never had a sub-3.00 ERA over a full season of starts, though he's 5-0 with a 2.76 mark right now.

Arrieta, meanwhile, has seen his ERA improve dramatically over his three seasons with the Cubs, going from 3.66 in 2013 to 2.53 in 2014 to 1.77 as he won the National League Cy Young Award last season. That trend has continued so far this season as he's gotten off to a 6-0 record with a 1.13 ERA.

"That's why starting pitching is so valuable," said Arrieta, whose agent is Scott Boras, who also represents Strasburg. "There's not many guys that can pitch at the top of the rotation floating around the league."

Arrieta, whose ERA is a measly 0.92 over his past 27 starts, is making $10.7 million and has one year left of arbitration before he can become a free agent after the 2017 season. The Cubs have won his past 20 regular-season starts.

"The misconception is that Scott wants everyone to go to free agency," Arrieta said of Boras. "I made it clear I like Chicago. I think everyone knows that. If I had it my way, I'd stay here. That's just one side of the story. We'll see."

When asked whether he'd give a hometown discount to the Cubs, Arrieta flatly said "no" while shaking his head.

First baseman Anthony Rizzo signed a team-friendly deal (7 years, $41 million) with the Cubs in 2013, but that came years before he was eligible for free agency.

Arrieta said "aces get 7 years" -- just as Strasburg got -- so think of that as a starting point. And think $200 million as one, as well.

"Financially I'm fine, regardless," Arrieta said. "You want to be paid in respect to how your peers are paid. I don't think that changes with any guy you ask. It happens around baseball every year."

Arrieta's comparables are more likely to be David Price (7 years, $217 million) or Max Scherzer (7 years, $210 million), who is also a Boras client. Both won the Cy Young Award before signing huge free-agent deals with the Boston Red Sox and the Nationals, respectively.

As for the Cubs' opinion of how Strasburg's deal might affect Arrieta's situation, team president Theo Epstein is playing it close to the vest.

"You pay attention to everything that goes on in the game, but it doesn't impact us too much," Epstein said Tuesday afternoon. "Obviously, it will impact markets and we have to operate in markets, but it is what it is."

Arrieta said that he's open to the sides talking, even in-season, but that a deal doesn't seem imminent.

"Most of the focus has to stay on what we're trying to accomplish today," Arrieta said. "If we keep winning, those kinds of things work themselves out in time. If they want to talk, they know where I'm at and we can get something going ...

"In a perfect world, I prefer it be done quickly. Let's get it over with and go play." 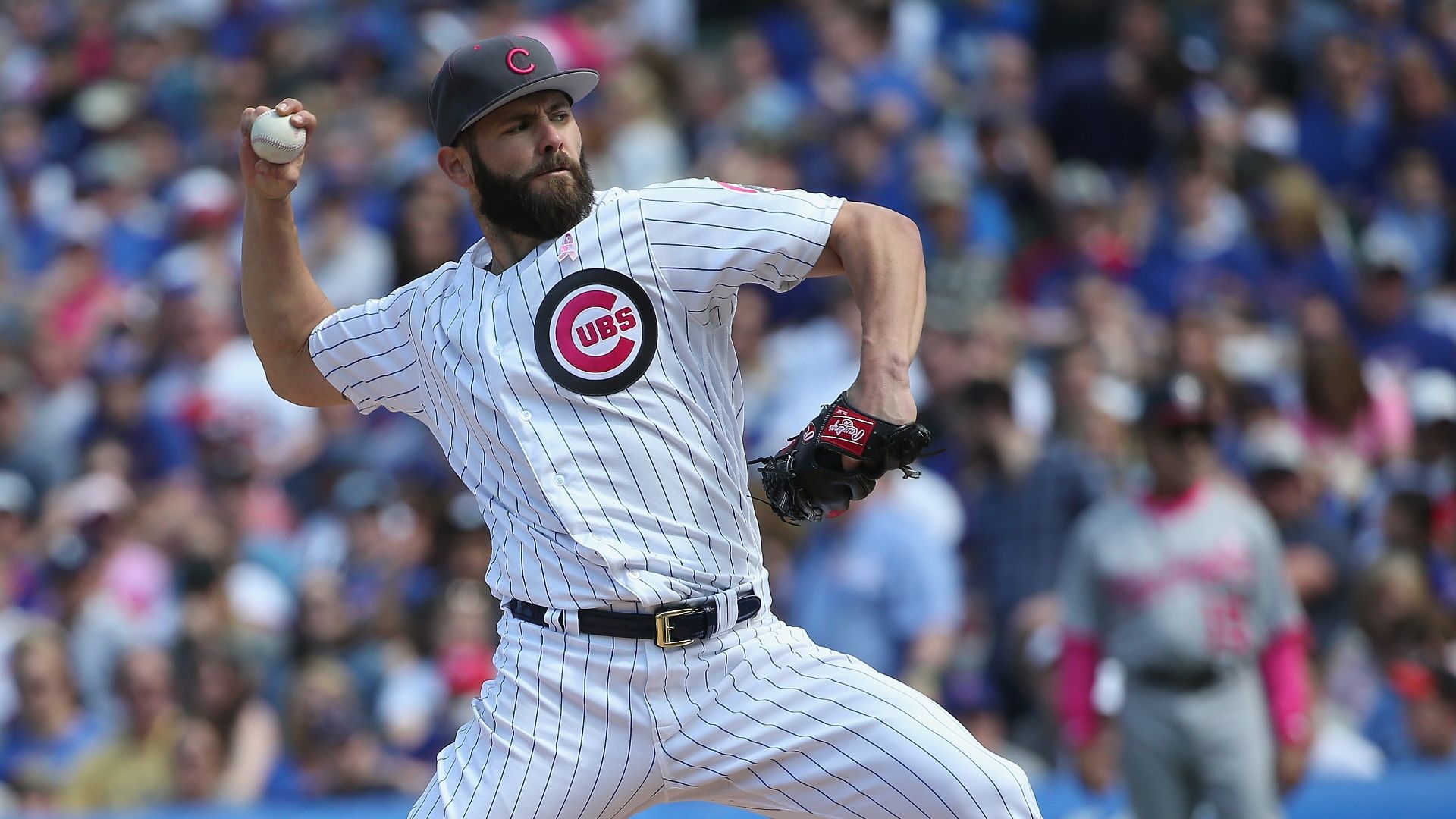 Could the Cubs let Arrieta walk?
Buster Olney points to the Cubs passing on David Price once the price got too high last offseason as something Chicago could repeat with Jake Arrieta when he becomes a free agent after the 2017 season.